2020 Spotlight on Artemi Panarin and the New York Rangers 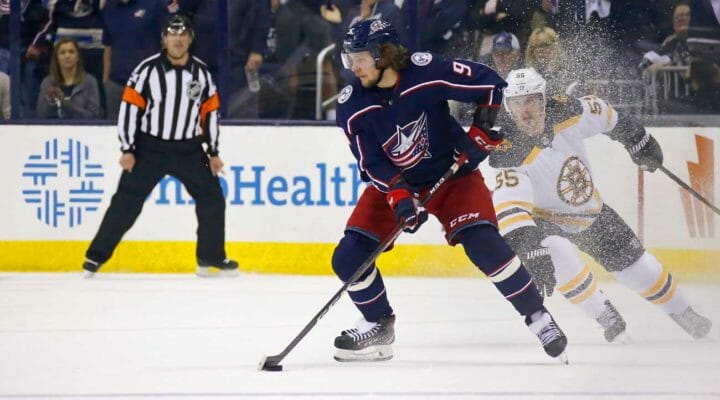 Artemi Panarin is worth $11.6 million a year to the New York Rangers and he hasn’t disappointed since signing in 2019. Averaging 1.49 points per game, the Russian winger has secured his place in the NHL as a dangerous even-strength threat. Here’s a look at his history and how Panarin’s prospects could influence sports betting trends this season.

Panarin’s Road to the NHL

Artemi Panarin was born on October 30, 1991, in Korkino in west-central Russia. He started playing hockey at age five, spurred on by his maternal grandfather who was a former amateur hockey player. Panarin’s grandfather was involved in his hockey training and would drive the boy to tournaments in Tyumen before Panarin entered Traktor Ice Hockey School in Chelyabinsk where he trained six days a week for six months of the year.

At age 19, he was passed over in the 2010 NHL Entry Draft, which is why he started his professional hockey career in the Kontinental Hockey League (KHL) with HC Vityaz. After clocking up 18 points in 40 games, he was traded to SKA Saint Petersburg in exchange for a draft pick on January 31, 2013.

In 2011, Panarin contributed significantly to the gold medal win by the Russian men’s junior team at the World Junior Ice Hockey Championships when he brought the score to 3–1 against Canada with 17:27 remaining in the third period. He went on to score the game-winner with 4:38 left to play, instigating a 5–3 Russia win. He made his Russian senior team debut in a round of the Euro Hockey Tour in the 2013/14 season.

The 2014/15 season saw Panarin make 26 goals and 62 points in 54 games for SKA. The Russian was a strong showing in the team’s championship run, making 20 points in 20 playoff games. A performance that earned him a place on the KHL first all-star team for the 2014/15 season.

Panarin represented Russia in the 2015 Ice Hockey World Championship (IIHF), scoring 10 points in as many games and helping Russia to a silver medal. In 2016, he showed again for Russia, earning a bronze medal as well as playing at the 2016 World Cup of Hockey. 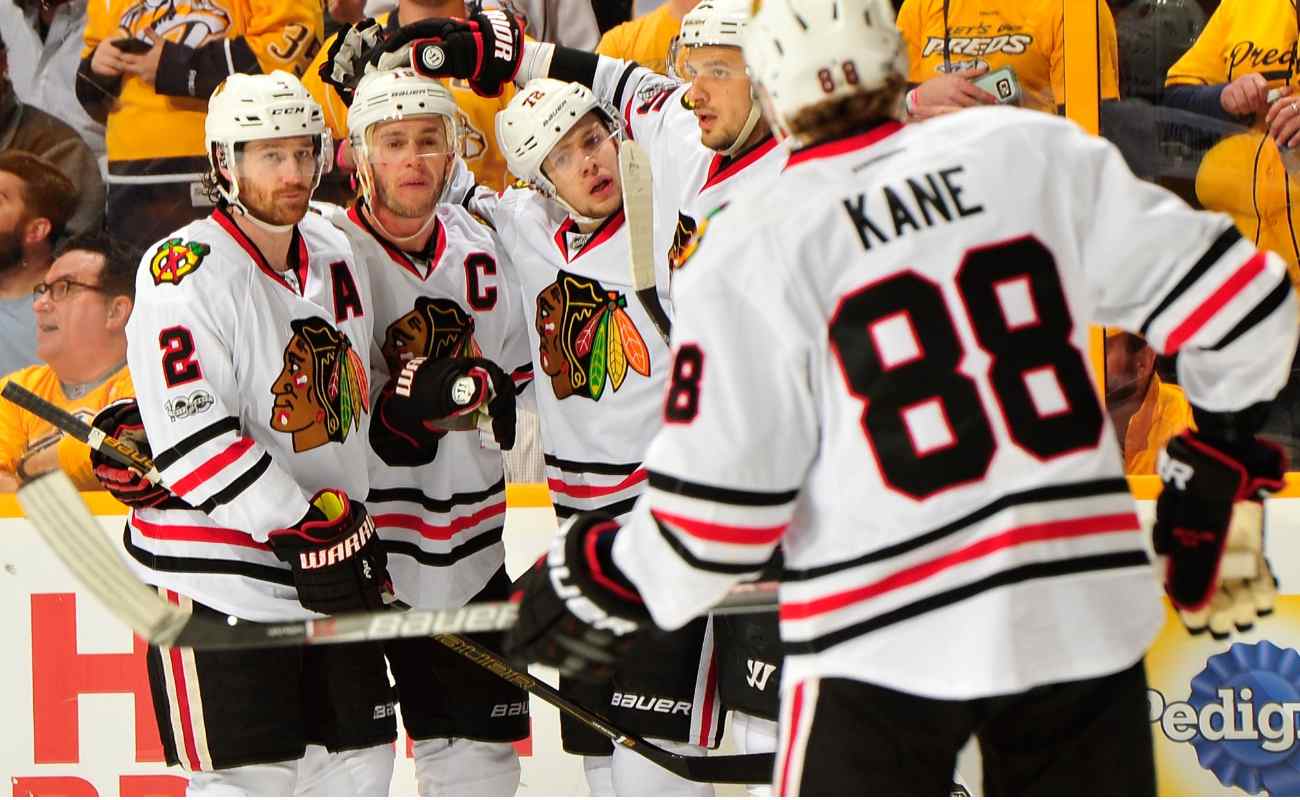 Artemi Panarin signed his first two-year entry-level NHL contract on 29 April 2015 with the Chicago Blackhawks. In the Blackhawks’ first game of the 2015/16 season, the 24 years old Russian scored his first career NHL goal against the New York Rangers’ Henrik Lundqvist. The date was October 7, 2015. His first career NHL hat-trick came on February 17, 2016, again in a game against the Rangers.

When Panarin joined the Chicago Blackhawks, he could not speak English, taking part in pre- and post-game interviews with the help of a translator. He successfully transitioned to American life with the help of a Russian-born family he boarded with in Chicago as well as fellow Russian teammates, Viktor Tikhonov and Artem Anisimov.

It was while playing for the Blackhawks that his teammates and coaches gave him the nickname “Bread Man” after the Panera Bread restaurant chain.

During his first NHL season, he showed for the Blackhawks in 80 games, taking 77 points (30 goals and 47 assists). This made him the lead-scoring NHL rookie and placed him in the top-ten ranking of NHL skaters. Part of his success was due to his chemistry with Patrick Kane and fellow Russian Artem Anisimov on the Blackhawks’ second line. Panarin went so far as to gift Kane with a luxury watch to thank him for his help on the ice. Success, it seems, went both ways – Kane referred to Panarin as a major factor in a successful season that saw him take the honours as the NHL’s most valued player (MVP) and leading scorer in 2015/16.

His first Stanley Cup playoff goal was recorded on April 15 in Game 2 against the St. Louis Blues. He made seven points in total during the playoffs. The season ended for Panarin with a slew of awards: the Calder Memorial Trophy and the NHL’s top rookie at the 2016 NHL Awards on June 22 and the 2015/16 Kharlamov Trophy, awarded to the best professional Russian hockey player by the Russian Hall of Fame. In return for finishing the season as one of the top 10 most prolific scorers, he cashed in on a $2.55 million bonus.

Panarin built on the success of his rookie season by continuing his offensive role-playing alongside Kane in the 2016/17 season, scoring his first Gordie Howe hat-trick on November 9, 2016, against the St. Louis Blues. Six weeks later, he signed a two-year contract with Chicago worth $12 million for the 2017/18 and 2018/19 seasons. The winger clocked up 74 points in 82 games in his second season, including 31 goals (a career-best) and was named to the NHL’s Second All-Star Team. On December 8, 2017, the 26-year-old Russian picked up five primary assists in a Columbus defeat of the New Jersey Devils 5–3. The following year on March 20, he recorded his second career hat-trick and an assist, contributing significantly to a Columbus 5–3 defeat over the New York Rangers. Two weeks later, Panarin shattered the Blue Jackets’ franchise points-record with 80 points in 80 games, ending the season with 82 in the bag. Not one to rest on his achievements, Panarin broke his own record and the Blue Jackets point-scoring record with 87 points. 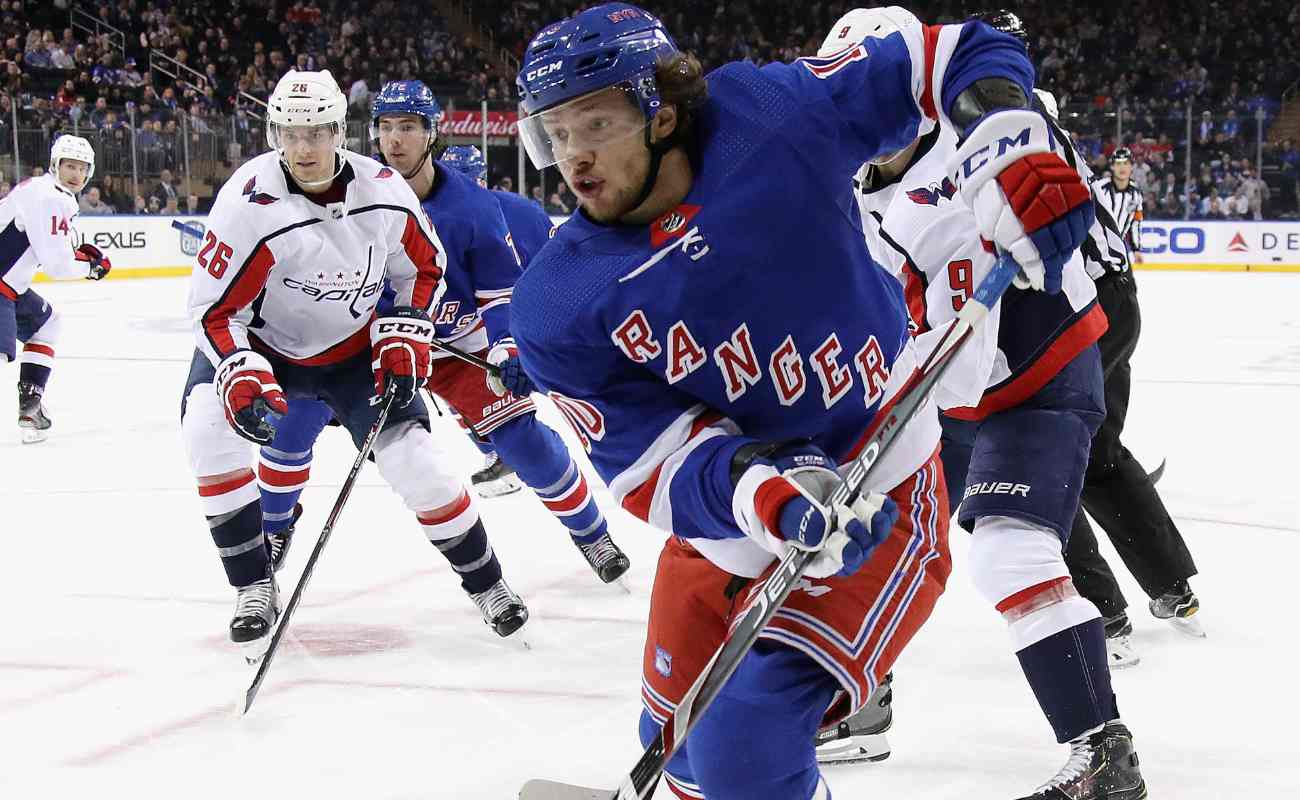 Artemi Panarin has so far lived up to all the hype around the $81.5 million seven-year contracts he signed with the New York Rangers on July 1, 2019. Starting with his first goal as a Ranger on a power play in the 2019/20 season opener against the Winnipeg Jets on October 3, as well as an assist on Jacob Trouba’s first goal with the team.

By October 5, Panarin had clocked up the third-most assists and was tied in second place for the most NHL points scored on the road since the start of his NHL career. He took honours on January 9, 2020, as the first player in Rangers history to record 60 points in his first 43 Rangers career games, taking the record from Wayne Gretzky who had 59. Again Panarin made Rangers history on January 13 with 6 three-point games in just nine meets, scoring six goals and 16 assists. He added another record to his list – becoming only the second Ranger to record nine-plus points in four consecutive games, and the second Ranger in the last 40 seasons to score 67 points in their first 45 games.

A brilliant player on the ice and an entertaining figure off, many of those in the know believe the Russian left-wing is the player the New York Rangers have been missing for the last 10 years. He now sits fourth in the league for points (67), seventh for goals (26), and sixth for assists (41). This has put Panarin in the running for the most valuable player Hart Trophy with the likes of David Pastrnak, Connor McDavid, and Nathan MacKinnon.

That said, the New York Rangers are seventh on the Metropolitan Division table and currently do not have a spot in the playoffs which could confound Panarin’s chances of a Hart Trophy award. Then again, if the Russian can expedite a place for the Rangers in the playoffs, the Hart Trophy could wing its way back to New York for the first time in three decades.