Bettors are Slamming One Trend in the 2021 Army-Navy Game 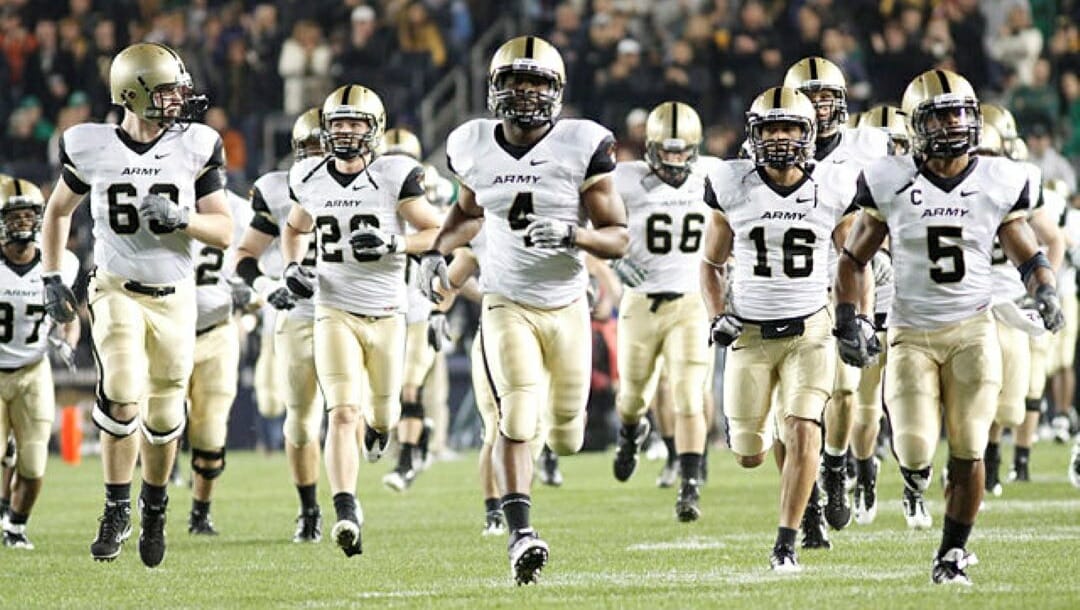 College football’s regular season has ended for both schools by now, but there’s still some important business to attend to for two prominent programs. In addition to a handful of FCS playoff games, Saturday’s college football schedule will include the 122nd edition of America’s Army-Navy game.

Beyond the obvious value the rivalry brings as an American pastime, this game carries with it another ripe set of college football odds. Fortunately, that’s exactly what we’re talking about today.

Army football has continued to thrive under head coach Jeff Monken; Army has posted eight wins in five of its last six seasons, with the lone blip coming during a 5-8 campaign in 2019.

Navy, meanwhile, has not fared quite so well. Since a breakthrough 11-win season in 2019, head coach Ken Niumatalolo is a combined 6-15 across two seasons.

Navy’s excellence in 2019 seems at least partially tied to the dynamism that quarterback Malcolm Perry gave to the Midshipmen; since his departure, Navy has struggled to find a quarterback that could execute the offense as well as Perry.

Because of the noticeable disparity between both teams’ records, it’s unsurprising to see that Army has been priced as a 7.5-point favorite.

The total opened as high as 37 and has since been bet down to 34.5. At one point earlier in the week, the number was actually available at 33.5 – one of the lowest totals ever seen in the modern age of college football.


There is a very good reason why sharp bettors continue to talk about (and bet) the under in service academy games. Dating back to 2006, the under in games featuring two service academies – that’s some combination of Army, Navy and Air Force – has a staggering hit rate of 40-9-1.

With a cover rate north of 80 percent, it’s very easy to see why this number dropped so dramatically from its opening position, which was already low in the first place.

Given this trend, the U34.5 play seems like a mortal lock. However, there is an important caveat here that may force you to reconsider your position.

Thanks in part to the rise of wager entertainment products and the growing availability of online sports betting, trends like the magical service academy under have become more known to the public. Five years ago, this trend was mostly an insider secret, known only to sharp bettors.

Now, a growing number of public bettors are aware of this trend. And it’s hard to call it advantage gambling when everyone has access to the advantage.

Last year, as an increasing number of people were learning about college football spreads, the total closed at 36. And now, in 2021, the line has dipped into the low 30s.

I believe part of the reason for this is a sportsbook adjustment to a public marketplace that has increased access to information. If that’s the case, this makes the under a more complicated play at 34.5.

I personally bet the line at 37 right when it came out, but I cannot advise that bettors come in late on the under at such a low number. If anything, this might be a spot for a contrarian over – that is, if you have the stomach to play against such a powerful trend.

For bettors interested in playing the point spread instead of the total, professional money indicates that Army is the sharp play, despite the fact that bettors must buy the hook. More than 80 percent of the point spread handle in this game is behind Army.