It’s the kind of boxing match promoters dream of and fans talk about for months. There’s no date yet and there’s no venue picked, but Anthony Joshua and Tyson Fury — the famed heavyweight duo who hails from Great Britain — will do battle twice this year.

The label of world’s undisputed heavyweight boxing champion is on the line, and both competitors want it on their resumes.

The first matchup is expected to take place in the middle of the summer, and second one is likely to be around December. Multiple venues on several continents are vying to host the fight.

The 6-foot-9 Fury is currently the WBC champion, and Joshua is the IBF, WBO, and WBA title holder. The winner takes all when they meet up. Fury is 30-0-1 with 21 knockouts in his career, while Joshua is 24-1 with 22 KOs.

Joshua’s only career blemish was nearly two years ago when he fell to Andy Ruiz, Jr. via TKO. The 6-foot-6 Joshua avenged the loss six months later by decision. Fury’s lone career draw came in 2018 in a split decision against Deontay Wilder, but he also avenged that — dropping the American via TKO early last year before COVID-19 shut down the sports world.

It will be the first time in more than 20 years that the champion will be undisputed. Lennox Lewis, who is also British, held that honor from 1999 to 2000 and has since been inducted into the Boxing Hall of Fame.

“The mind games will be on another level for this fight. Tyson is very good at that. Anthony is excited by that. … He’s so pumped, so focused, he hasn’t stopped training since the [Kubrat] Pulev fight [in December]. He’s like a caged lion. The buildup is going to be epic.”

Hearn went on to dub the boxing matchup the biggest one in British history. He also said it will set pay-per-view records in Great Britain. Wembley Stadium, the iconic British sports venue, is one potential location for the massive bout.

You’ll find the top online sports betting experience when you visit BetMGM. Our boxing betting odds allow you to bet on the boxing match of your choice all year long, building parlays, browsing odds, and much more. Check out BetMGM.

Brian McLaughlin is a writer for BetMGM and co-host of BMac and Herd’s FCS Podcast. He has covered the national recruiting scene in football and basketball for The Sporting News, headed up the PARADE Magazine High School All-America selections, and handled FCS college football for HERO Sports. Follow BMac on Twitter @BrianMacWriter. 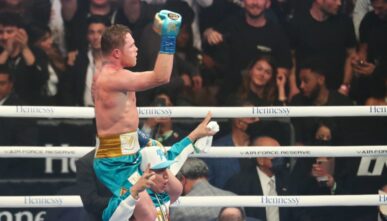 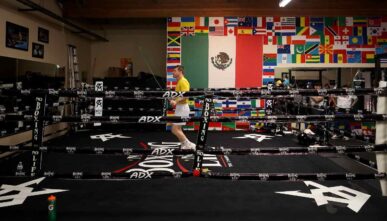 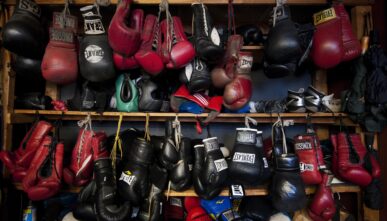