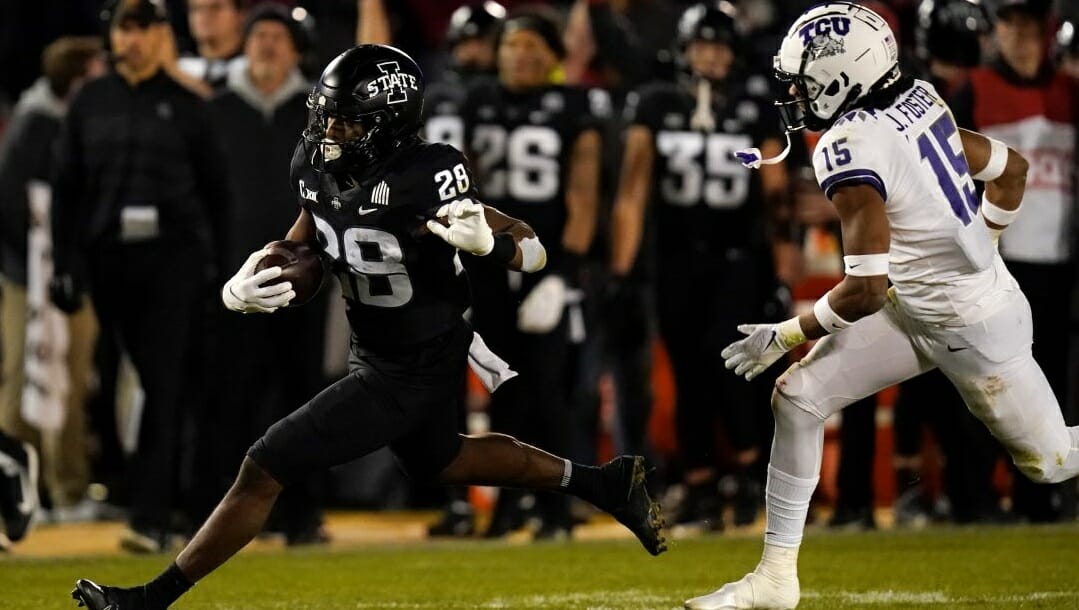 The college football bowl season rolls toward New Year’s Eve, which means the bowl selections are getting increasingly more prestigious.

As we move off the appetizers and prepare for the main course, a new slate of college football odds are ripe for the betting.

The best game of the Wednesday bunch? That’d be the early evening Cheez-It romp between a pair of preseason darlings: Clemson and Iowa State.

Clemson fans are accustomed to checking their team’s odds to make the college football playoff.

This year, they’ll have to settle for a second-tier bowl game.

Everything about the Cheez-It Bowl is different for Clemson. The Tigers have won six straight ACC Championships and qualified for six straight College Football Playoffs. But this year went very, very differently; the Tigers dropped an early game to Georgia and failed to win the Atlantic Division in the ACC for the first time since 2014.

But it’s not just the bowl game that’s different for Clemson in Wednesday’s game. There’s a serious case of brain drain for the Tigers, too. Celebrated Defensive Coordinator Brett Venables has left to coach at Oklahoma; Offensive Coordinator Tony Elliott is headed to Charlottesville.

Replacing Venables is a two-man team of Wes Goodwin and Mickey Conn, both of whom were already on the Clemson defensive coaching staff. (Conn coached the safeties, while Goodwin was a senior assistant who coached linebackers.)

Both will work as co-DC’s going forward, which is perhaps a nod to the idea that Venables had such command over Clemson’s vaunted defense that no individual could immediately replace him.

Moment of truth for Clemson pic.twitter.com/uZCGEzLyob

Iowa State doesn’t have any of the coaching drama that Clemson is dealing with, but it does share one key trait with the overall Clemson season: disappointment. Before the 2021 season got underway, many were wondering if this Cyclones team was a dark-horse playoff contender.

Instead, ISU (7-5) lost to West Virginia and Texas Tech en route to a fourth-place conference finish, not to mention a home loss to archrival Iowa in the Cyhawk game.

I’m not saying that these guys don’t want to be here. But we know for sure that they would rather be playing somewhere else.

A quick peek at our favorite online sportsbook tells us that Clemson is currently a 2.5-point favorite in the college football odds market.

This is a new development since Iowa State actually opened as a 1-point favorite. A deluge of action – including plenty of public bettors – has pushed Clemson from a nominal underdog position to that of an outright favorite. And with the way this line is moving, I fully expect Clemson to close at three points or higher.

In terms of actual football, I remain unsure how to assess these two teams. Iowa State has an inferior record in a much tougher conference. Right now, it has a clearer and more reliable offensive identity.

However, if all you did were bet on so-called “better” teams during bowl season, you’d probably lose a lot of money. So much of the college football postseason is weighing form, available personnel, and desire to play against one another.

We know both of these teams had higher expectations than the Cheez-It Bowl. But my gut tells me that Clemson feels much more motivated to go out and play its best game on Wednesday, given that the Tigers have three new, young coaches who are likely fired up to prove that they’re the right guys for the job.

The Tigers are also a group who seemed to start rounding into form late, earning a cover in each of their final four conference games.

Even with a point spread that’s moved more than three points off its opening position, I’m still going to go ahead and lay the small number here with Clemson. So much of bowl season is a test of who actually wants to play in the game, and I’m playing the angle that Clemson’s late-season developments are impacting the program’s mindset for this game.