FCS Playoffs: Which FCS Teams are Covering the Spread? (Updated for Semifinals) 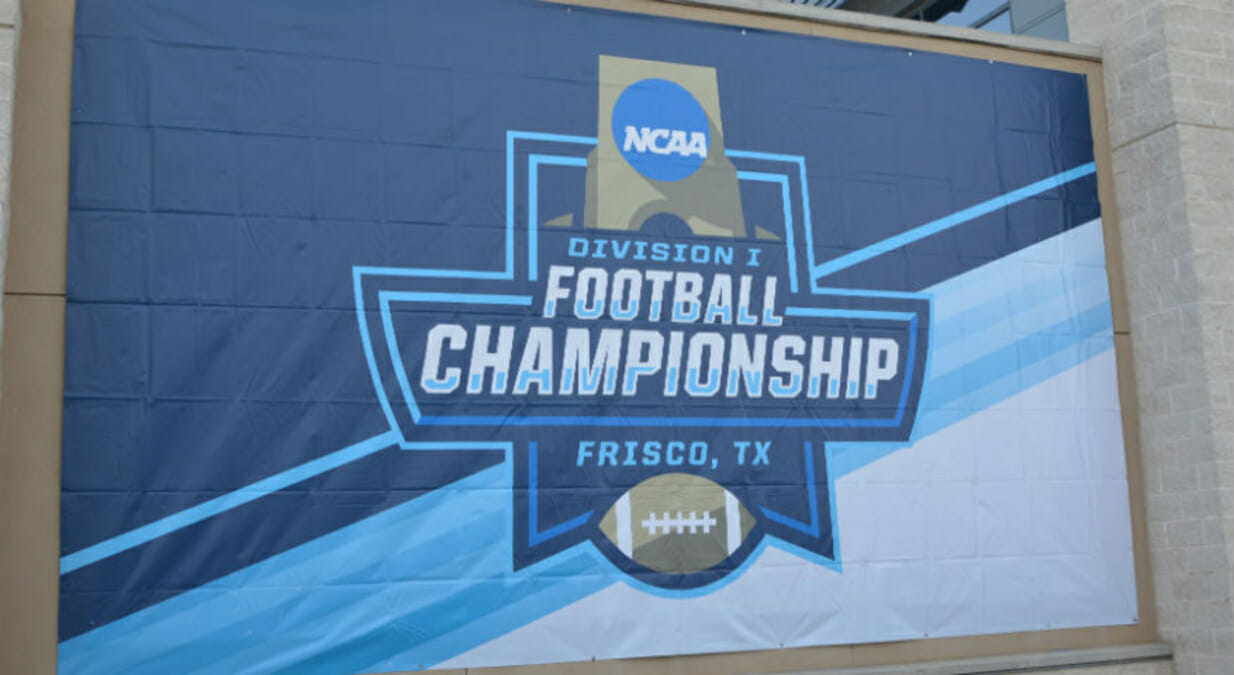 The FCS playoffs have reached the semifinals, which means the stakes are really starting to ratchet up. The semifinals will begin on Friday night, when No. 2 North Dakota State and No. 3 James Madison — the two highest remaining seeds in the tournament — rekindle a national rivalry in Fargo. It’ll be the fourth time the two juggernauts have played in six years, with each matchup coming in either the semifinals (in Fargo) or the championship round (in Frisco).

On Saturday, No. 8 Montana State will host South Dakota State, with the winner headed to Frisco next month. If it’s South Dakota State, it’ll be consecutive title appearances for the Jackrabbits; it’ll also be the first time an unseeded team has reached the championship round since 2016.

When the public tunes into FCS football, a quick peek at the accompanying college football odds are never far behind. With that in mind, here’s a quick look at the handicapping landscape for the 2021 FCS Football season, including each playoff team’s ATS record.

The FCS playoffs are often full of dramatic upsets, with multiple seeded teams typically losing in the second round. By contrast, this year’s bracket has been remarkably chalky, with the lone unseeded win coming courtesy of South Dakota State’s win over No. 4 Sacramento State.

Since South Dakota State is fresh off a national championship appearance and closed as a 7-point favorite over the Hornets, it’s not even really an upset.

This week’s quarterfinal matchups could prove much more interesting. Two potent offenses could light up the scoreboard on Friday night, as JMU and Montana combined for a wild 116 points in their second-round wins last week.

In Saturday’s games, South Dakota State can advance to its fourth semifinal appearance in five years with a win at Villanova. The Wildcats, for their part, have an extra day to prepare for a Jackrabbits team that hasn’t had a bye week since September 18.

After making nine straight semifinal appearances from 2011-2019, North Dakota State took a step back during the 2020 spring season. (When you look at what the Bison lost in back-to-back departing classes, it’s hard to blame them much for that.) They can start a new streak with a win over an East Tennessee State team that has been a sneaky-good cover team all year.

Montana State, which has been one of the best cover teams of the year, can advance to the national semifinals for the second time in three years by beating Sam Houston at Bowers Stadium. The problem, of course, is that no one has ever beaten Sam Houston at home in the FCS playoffs.

FCS Playoffs: Which Teams Own the Best ATS Records?

Picking straight-up winners is hard enough in any sport’s playoff; picking the right ATS winners is one of the most difficult things in all of sports.

One way to gain an edge is to take a look at each team’s overall ATS record to spot which teams have been consistently undervalued or overvalued in the marketplace.

This can be difficult with FCS football because point spread information is often less readily available than it is for its FBS counterparts. Fortunately, I picked through a bunch of siloed data from this past season to create one master sheet.

With just four teams left, statistical advantages are very hard to dig out. The most sensible lean here is probably continued action on Montana State, as the Bobcats continue to play at a level far above how the marketplace has valued them.

Montana State earned a home semifinal game by bludgeoning No. 1 seed and reigning national champion Sam Houston; it will now host road warriors South Dakota State for a chance to play for the national championship. Bozeman will be absolutely rocking on Saturday, and South Dakota State hasn’t had a week off since September. It’s also the Jackrabbits’ fourth road game in six weeks.

James Madison has a pretty clear marketplace advantage over the Bison, with a much better ATS mark. There are also signs of early action on the Dukes, with the line moving from NDSU -5.5 on Friday down to NDSU -4.5 on Tuesday. On a personal level, I am surprised to see North Dakota State laying that many points in what is highly anticipated to be a tight, low-scoring affair.

For the Bison, their home field advantage (and general dominance of the FCS Playoff field) is legendary. North Dakota State hasn’t lost a home playoff game in five years.

Of course, it’s worth pointing out for FCS casuals that the team they lost to was… James Madison.

Here’s the table for the full field of 24 playoff teams, in case you’re curious.