When Hideki Matsuyama opened his 10th Masters appearance with +4000 odds, the public didn’t love his chances of becoming the first Japanese winner in the tournament’s 87-year history. Entering Thursday’s first round, he was the recipient of only 0.7 percent of tickets and 0.6 percent of the handle, tied for 32nd in both.

One day later, after an opening-round 69 earned a tie for second place, Matsuyama’s odds jumped to +1600 but his ticket and handle share marginally decreased as the public invested in Justin Rose, Jordan Spieth, and other headliners. And on Saturday morning, after falling to fourth with a second-round 71 (and dropping to +2000 odds), his ticket share, again, marginally decreased as bettors, again, invested in the headliners.

All eyes were on Rose, Spieth, Masters rookie Will Zalatoris, and an army of within-reach regulars, including Justin Thomas, Tony Finau, and Xander Schauffele, entering moving day. After a 7-under 65 (the first bogey-free round of the tournament) on moving day, Matsuyama is the first Japanese player to lead after any round of the tournament. And at -120, he’s also the betting favorite. Only hours earlier, before the 78-minute weather delay, during which he “sat in [his] car looking at [his] cell phone,” he was +1100.

“Before the horn blew I didn’t hit a very good drive, but after the horn blew for the restart I hit practically every shot exactly how I wanted to,” Matsuyama said through an interpreter, referencing a 6-under, eight-hole finish after the delay. 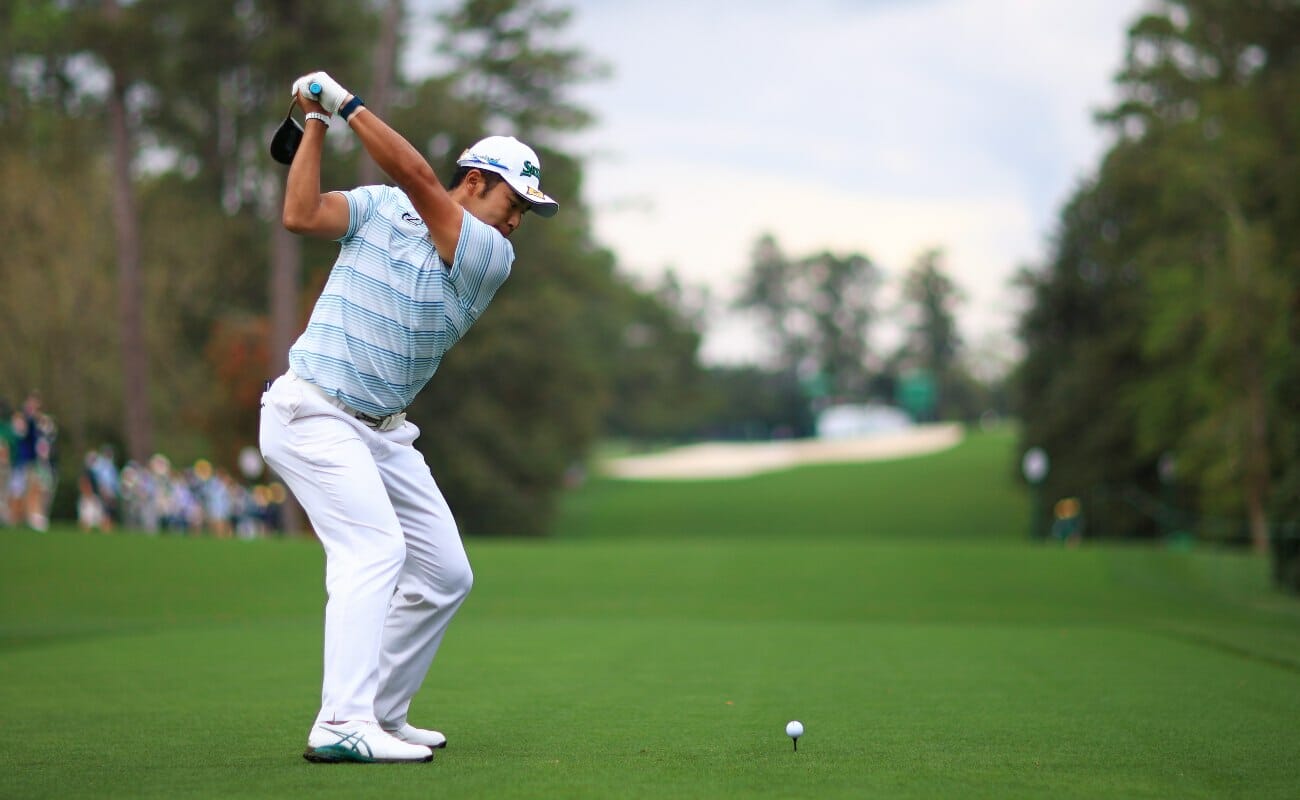 Matsuyama enters the final round with a four-shot lead 10 years after finishing as the low amateur at the 2011 Masters. The then-19-year-old’s third-round 68 was the 15th-lowest score of the tournament as he finished tied for 27th with, among others, Phil Mickelson. Twenty years earlier, Mickelson was the 21-year-old low amateur at the 1991 Masters, the first of 19 appearances for the eventual two-time winner. In winning his first green jacket in 2004, Mickelson became the fourth golfer to win the Masters after previously finishing as the low amateur.

Matsuyama is hoping to join the club as a fellow underdog-turned-champion.

Like Matsuyama this year, Garcia was buried in Masters odds in 2017; he was +3000 entering the first round. Mickelson, meanwhile, was +1200, Woods was +800, and Crenshaw was +600. And although odds’ records aren’t available for the 1955 and 1963 Masters, Nicklaus and Middlecoff were presumably among the favorites and attracted heavy interest from the law-breaking public.

In climbing from +4000 to -120, Matsuyama joins Dustin Johnson (2020) and Jordan Spieth (2015) as the only golfers in the last decade to carry minus odds into any round of the Masters. Through three days the public hasn’t bought plus odds on Matsuyama, so maybe they’ll buy minus odds on a guy who’s averaging a final-round score of 69.8 over his last five appearances at Augusta National.

Matsuyama and Schauffele will tee off in the final group at 2:40 p.m. ET. You can view updated Masters odds on BetMGM and final-round ticket and handle shares on my Twitter account Sunday morning.

At BetMGM, you can bet on every major championship and other tournaments throughout the year. With parlays, props, and live betting for the PGA Championship, U.S. Open, and The Open Championship, the best online sports betting experience is at BetMGM.