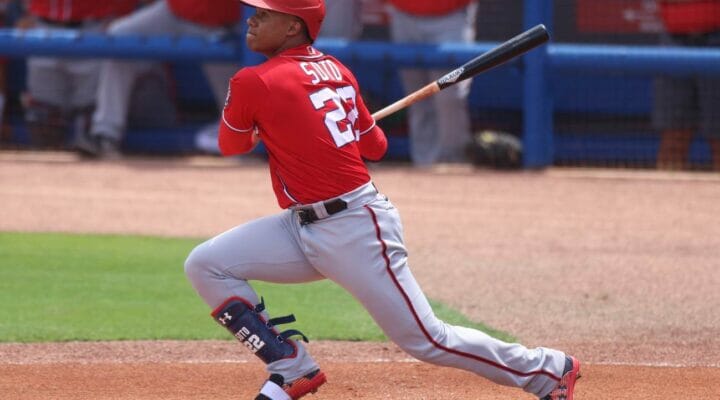 This year’s National League Most Valuable Player Award race should be intense, and it starts at the top. Mookie Betts and Juan Soto are prime examples of the talent the NL possesses, and they top the MLB odds to nab the high honors in 2021. Could somebody come from lower in the odds to throw that off?

While we’re spotlighting the individual awards, don’t forget to check out BetMGM’s MLB Team Season Specials and promotions for 2021. Check out our Bet and Get A Home Run Boost promotion and much more.

Just do the math: If his 55 games last year were multiplied by three to give you roughly the length of what a normal season would be, he would have hit 48 home runs, scored 141 runs, racked up 117 runs batted in with 30 stolen bases. Not too shabby in the production department, eh? No wonder he’s tied for the best MLB awards odds.

Soto also led the league in on-base percentage (.490) and slugging percentage (.695). It’s not hard to see why he tops this list, as he’s young and only going to improve from here — barring injuries, of course. Look for a breakthrough season from Soto.

3t. Cody Bellinger (+800), Los Angeles Dodgers: Like Soto above, Bellinger is still quite young, as he will turn 26 years old in July. He already has one NL MVP Award on his resume, nabbing it in 2019 with the Dodgers. He hit 47 home runs that year and drew a league-high 21 intentional walks.

3t. Ronald Acuna, Jr. (+800), Atlanta Braves: Acuna hit five home runs in spring training. His batting average (.152) was off, but there’s no questioning his power. That’s why he’s one of the top five candidates in the MLB betting odds for the NL MVP. In 2019, when he had a full season, he didn’t miss being a 40-40 club by much, hitting 41 home runs and stealing 37 bases.

Only four MLB players have ever reached the 40-40 peak — Jose Canseco, Barry Bonds, Alex Rodriguez, and most recently — Alfonso Soriano in 2006. That combination of power and speed makes the 23-year old an intriguing individual to keep an eye on this year. Could he join this elite club? 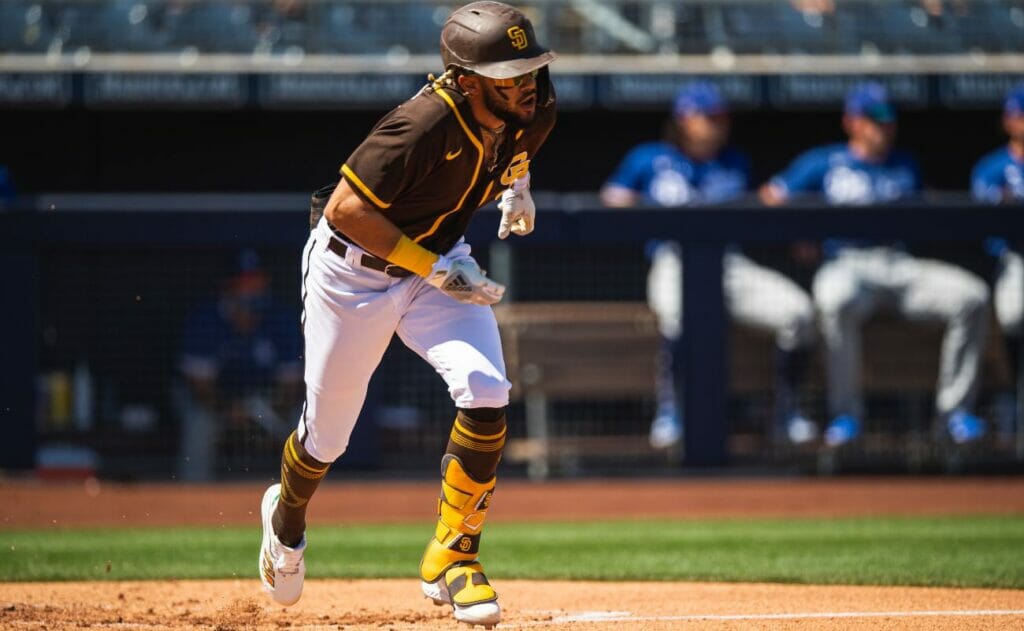 5. Fernando Tatis, Jr. (+900), San Diego Padres: A 22-year old native of baseball-hotbed San Pedro de Macoris in the Dominican Republic, Tatis Jr. had a stellar spring (.375, 3 HR, 10 RBI) and seemed primed for another impressive season. Only in his third year in the big leagues, he finished fourth in the NL MVP race last year, hitting 17 HRs with 45 RBIs in just 59 games in the COVID-19 infested year of 2020.

Nolan Arenado (+1200), St. Louis Cardinals: Arenado has been close to grabbing MVP honors but never finished higher than third in the voting. Could this be the year?

When you visit BetMGM, you’ll find the best online sports betting experience. Our baseball betting odds allow you to bet on baseball all season long. You can build parlays, browse odds for MLB Awards, and much more. Check us out.