Are We Sure the Buffalo Bills (-3.5) Are Actually Good? 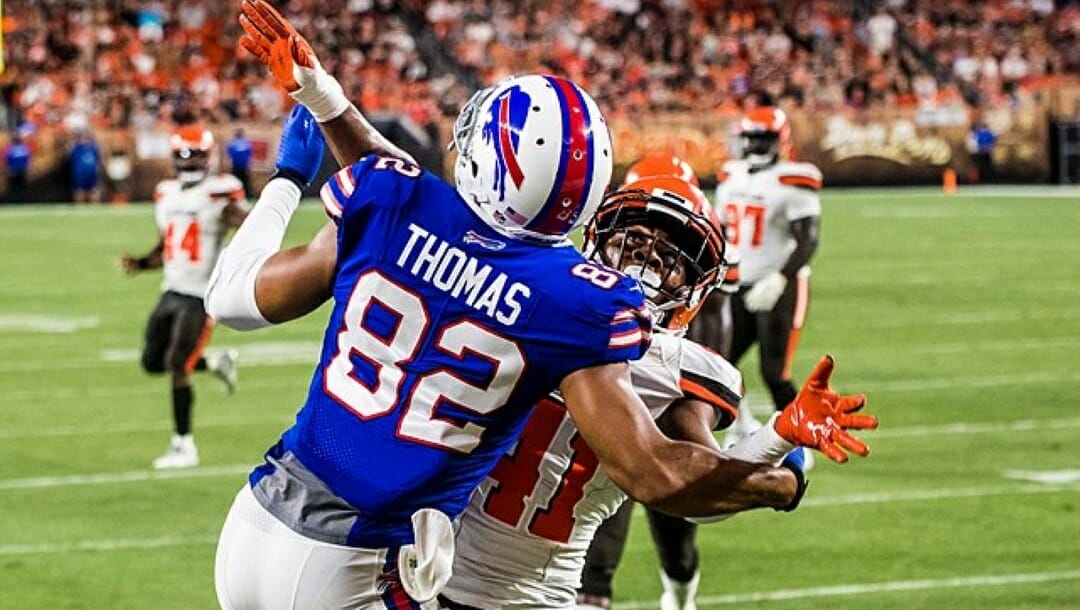 Week 14 of the NFL season is here, which means handicappers are running out of room to take advantage of great NFL odds.

Fortunately, an interconference between the Buffalo Bills and the Tampa Bay Buccaneers provides bettors with one of the best football lines of the weekend.

Are We Sure that the Buffalo Bills are a Good NFL Team?

This is not a rhetorical question, and I’m not trying to be a jerk. But are we sure that the Bills are good?

This is not some reactionary thought after the most recent edition of Monday Night Football. In fact, the weather conditions of that game were so anomalous that I think it’s obvious, in hindsight, that the better and more creative ground game was going to win. That was New England. You won’t see me reference that as a reason why I’m down on Buffalo anywhere in this post.

No, this reimagining of Buffalo’s true nature is more about its entire body of work. Undoubtedly, the Bills will stack up enough wins to make the playoffs, thanks in part to a very soft schedule, but the Bills’ inability to beat playoff-caliber teams leaves me wondering how seriously we should take this team.

Take the offense, for example. Buffalo’s 28 points per game ranks fifth in the NFL and is the easiest, most obvious example of why Buffalo is sometimes held up as a team with great odds to win the Super Bowl.

Buffalo’s offense regularly lights up bad teams – check out the 40-point win over Houston in Week 4, or the 45-17 road win over the Jets in Week 10. Nobody smashes bad teams like the Bills.

The problem is what Buffalo does against teams in its own echelon. Against playoff-caliber teams, the results are not very impressive. Reaching back past the Patriots game, the Bills were absolutely crushed at home by the Colts, 41-15. They lost at Tennessee. There’s even the inexplicable Jaguars loss on the record.

Every Buffalo win – even ones that look impressive now – can be explained. Two wins over a Dolphins team that’s surging toward the playoffs late? Well, both games fell during Miami’s 7-game losing streak before the team really figured out what it was this year.

A win over the Chiefs? Kansas City wasn’t playing all that well at the time. It was the Chiefs’ third loss in four games. They were actually under .500 after the loss.

A Thanksgiving win over the Saints? No Alvin Kamara. Trevor Siemian played quarterback.

A dominant win over Washington? The Football Team won two games (by a combined five points!) through the first half of the season. Their recent post-bye form is not representative of how bad they were in September.

Every Buffalo win can be explained as unimpressive if you’re willing to look with a critical eye. It’s a whole lot of awful franchises and slumping teams. There is absolutely nothing that suggests Buffalo can rebound on a short week with a win in Tampa.

How to Bet Buffalo Bills (+3.5) at Tampa Bay Buccaneers

Buffalo’s unimpressive record against playoff teams is an important pretext to handicapping one of the marquee games of Week 14. NFL odds this week have Tampa Bay as a 3.5-point favorite over Buffalo, currently priced at -105.

Unlike Buffalo, the Bucs have impressed with wins over New England, Indianapolis, and Dallas – all likely playoff teams. Maybe more importantly, the Bucs will play their first home game in three weeks, where they own a 4-1 ATS record.

They haven’t failed to cover a number since the NFL opening game: Dallas (+9) at Tampa. The Bucs won, 31-29. Since then, they’ve been covering numbers much bigger than this 3.5. In fact, every home number they’ve covered since then has been greater than 10.

We might see a Buffalo team that wants to play angry this weekend, following the loss to New England, but I’m not buying that one narrative element as a good enough reason to fade Tampa at home. The Bucs at Raymond James Stadium are one of the strongest bets in the NFL right now, and a salty Buffalo team is not enough to stop that.