Shouldn’t Sean Payton Get Some Votes for Coach of the Year? 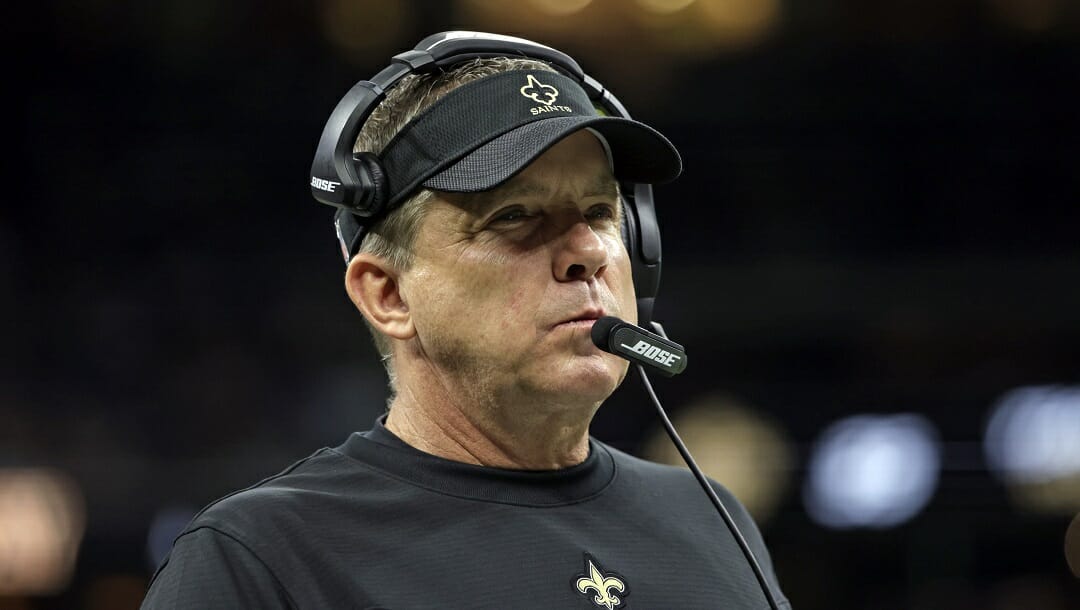 Wild Card Weekend is an interesting time for the NFL futures market. Awards that are given out based on voting are no longer available to bet on; the only NFL futures available now are odds to win the Super Bowl, on top of conference winners.

So if you are the sort of football consumer who strictly views NFL topics through the prism of football betting, you may have stopped thinking about NFL Coach of the Year altogether.

Still, the storylines and candidates revolving around NFL Coach of the Year are intriguing.

A great deal of the NFL community expects Tennessee head coach Mike Vrabel to be named Coach of the Year after the Titans clinched the No. 1 seed in the AFC despite losing their celebrated offensive coordinator in the off-season and multiple key offensive pieces throughout the regular season.

Like many others, I would cast my vote for Vrabel. But I also think there’s another southern NFL coach who deserves mention for a wildly good coaching performance, who might not ultimately receive the praise he deserves.

NFL Coach of the Year: Give Sean Payton Some Love for Getting the Saints to Nine Wins

On the eve of Wild Card Weekend, I’m sure the number of people thinking about the Saints right now is limited to a small number of fans in Louisiana. There are no playoff matchups in New Orleans this January. For Saints fans, It’s time to start thinking about NFL Draft odds.

But pour some out for the jaw-dropping coaching job that Sean Payton put together in New Orleans this season.

Payton’s 16th year as head coach of the Saints was arguably his most challenging. Drew Brees was gone, and in his place was a multi-headed salary cap headache: Jameis Winston and Taysom Hill.

Their combined cap hit? It’s about $9.5 million, plus a nice seafood dinner.

Let’s stipulate that the Hill money is a problem that Payton created himself. Let’s also acknowledge that most teams in need of a quarterback would probably be willing to bring in Winston at his price.

Still, knowing what we know about how Hill, Winston, Ian Book and Trevor Siemian would all play in 2021, no coach would want to be saddled with that kind of price tag for such sub-par play.

Add in a missed season for Michael Thomas at a price tag north of $10 million, and we’re talking about a massive financial handicap on Payton’s ability to generate wins.

Here’s what I’m trying to say about the Saints’ offense, summed up in one poignant stat. Last year, when the Saints went 12-4 and reached the Divisional Round of the NFL playoffs before losing to the eventual champion Bucs, the New Orleans offense ranked seventh in DVOA.

Seventh. And remember, a lot of people thought Drew Brees wasn’t even that good last year! Yet Payton’s offense, with a noodle-arm quarterback in Brees, ranked seventh.

This year, Payton’s offense ranked… 23rd. It was one of the 10 worst offenses of the season. That was the dropoff from Old Brees + Michael Thomas down to this year, with no Thomas and the gang of quarterbacks that couldn’t throw straight.

But a funny thing happened with New Orleans in 2021. Despite deep offensive problems and a dwindling number of playmakers, the Saints still finished the season over .500. They swept the reigning champion Buccaneers in the regular season for a second straight year.

And if the Rams had won their Week 18 overtime game instead of lost, we’d be looking at the Saints traveling to play the Cowboys this weekend, not the 49ers.

When you consider all the headwind the Saints faced this year, that’s a pretty good outcome.

“If it’s not Mike Vrabel, it HAS to be Sean Payton for Coach of the Year.”

Sean Payton is not going to be the NFL Coach of the Year, and I’m okay with that. But for an award that’s fundamentally about the impressiveness of outcome relative to expectation, Payton deserves consideration, if nothing else.

Throw Sean Payton some votes. He deserves them.