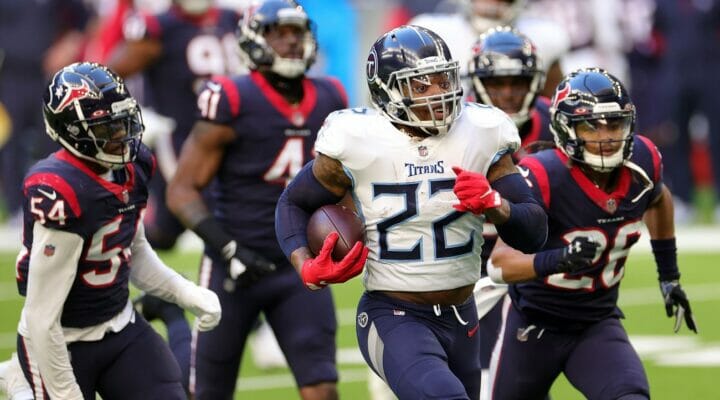 Leading the Los Angeles Rams, 23-20, with two minutes, 17 seconds remaining in their Week 15 game, the New York Jets faced 3rd-and-6 from the Rams’ 48-yard line. The Jets were winless and controlled their own destiny in the Trevor Lawrence NFL Draft Sweepstakes; they needed a loss against the Rams and losses in their final two games to win the right to select a once-in-a-blue-moon player.

Sam Darnold connected with Frank Gore on a six-yard reception that gained a first down and, without any remaining Rams’ timeouts, effectively ended the game. The reception, and three subsequent kneel-downs by Darnold to officially earn their first win of the season, was greeted by outrage by New York tabloids and Jets’ fans, laughter from the wider NFL audience, and celebration from Jacksonville as the Jaguars gained control of the No. 1 pick.

At the time, we assumed the victory cost the downtrodden franchise Trevor Lawrence, and it’d prove to be the most consequential game of the 2020 NFL season for the 2021 NFL Draft. However, with their win against the Cleveland Browns a week later, the Rams’ win was irrelevant in vanquishing their rights to the No. 1 pick. If the Jets finished the season 1-15, they would’ve lost the strength-of-schedule (SOS) tiebreaker to the Jaguars. 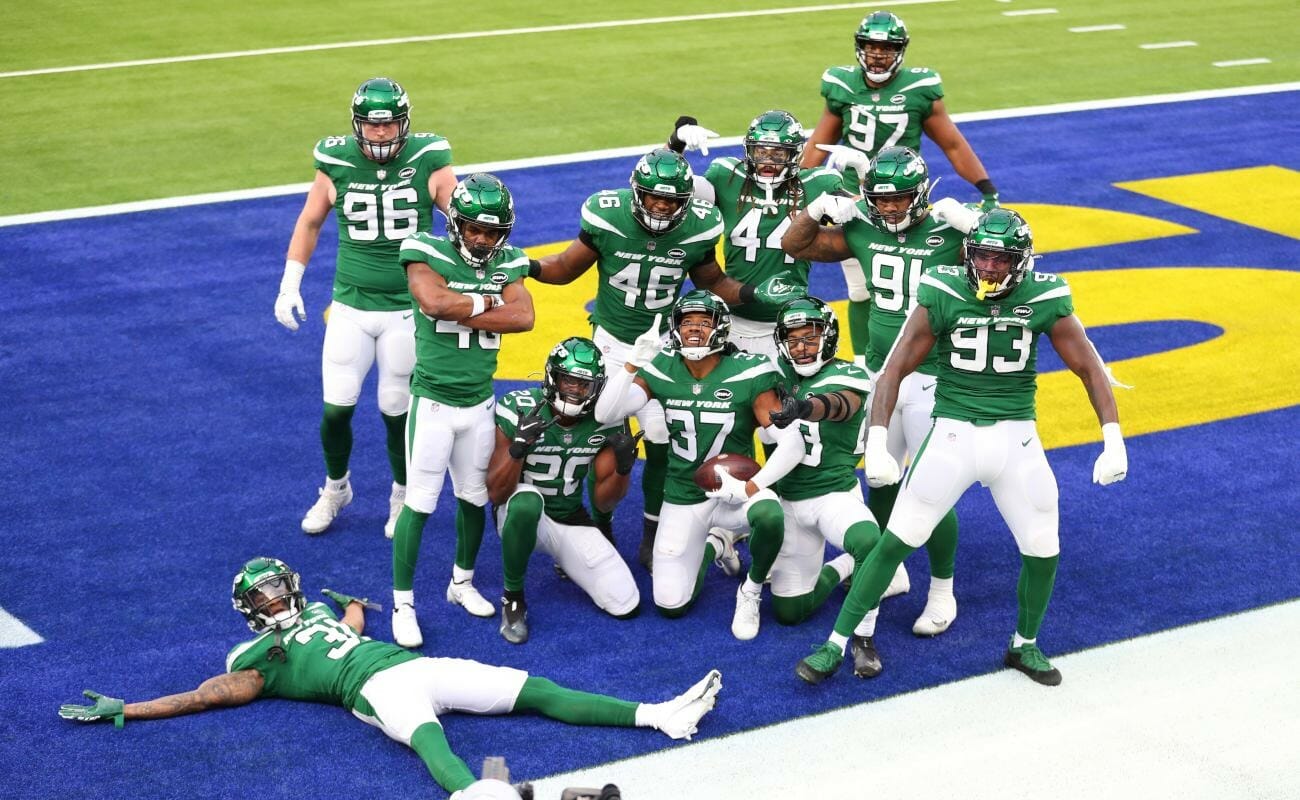 Tied with the Atlanta Falcons for the third-worst record in the league, the Texans won the SOS tiebreaker and meant the Dolphins owned the No. 3 pick. Had the Texans not blown a late lead in Week 17, the Dolphins would’ve picked eighth. One game would’ve cost the Dolphins five spots.

The Texans erased a 16-point third-quarter deficit – in a game the Titans needed to win the AFC South – and led 35-31 after a Deshaun Watson-to-Pharaoh Brown touchdown five minutes into the fourth quarter.

Seven minutes later, they still led as the Titans faced 3rd-and-8 from the Texans’ 21-yard line. While the Titans had all three timeouts and three minutes on the clock, their defense had allowed seven consecutive scoring drives, including four consecutive touchdown drives in the second half. They converted on a nine-yard Corey Davis reception and found the end zone five plays later en route to a 41-38 win on a last-second field goal.

Had the Texans won, the 2021 NFL Draft order would’ve been:

Other picks would’ve been impacted, too, as a result of the Titans finishing 10-6 instead of 11-5, though that’s far less interesting and consequential than a top-eight overhaul.

The Texans, with a 5-11 record, would’ve dropped below three four-win teams – the Falcons, Bengals, and Eagles – and two five-win teams after losing the SOS tiebreaker – the Lions and Panthers. And they would’ve won the tiebreaker over the five-win Denver Broncos. 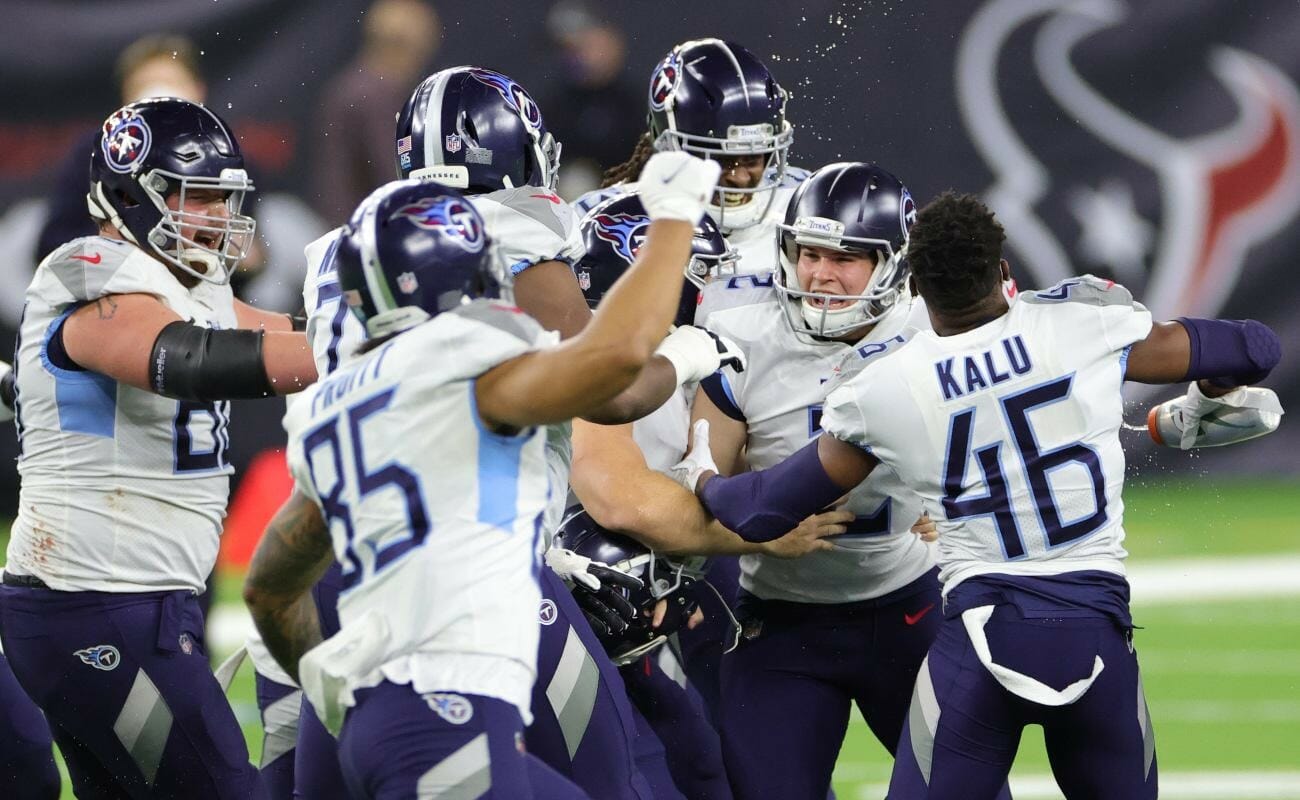 Could the 49ers have jumped into the top three of this order to land their favorite of Mac Jones, Justin Fields, or Trey Lance? If not, would the Bengals move down if the Falcons stayed at No. 3 but passed on a quarterback?

The Jets’ Week 15  win over the Rams might’ve generated the most buzz – and been the most bizarre – in regards to the 2021 NFL Draft order. But it was the Titans’ comeback win over the Texans that proved the most consequential of the season.

Listen to High Motor by BetMGM for more news and analysis on the NFL Draft, the NFL, and college football:

At BetMGM, you can bet on the NFL Draft and NFL futures, including NFL Win Totals and NFL MVP odds. With live betting, props, and parlays, the best online sports betting experience is at BetMGM.