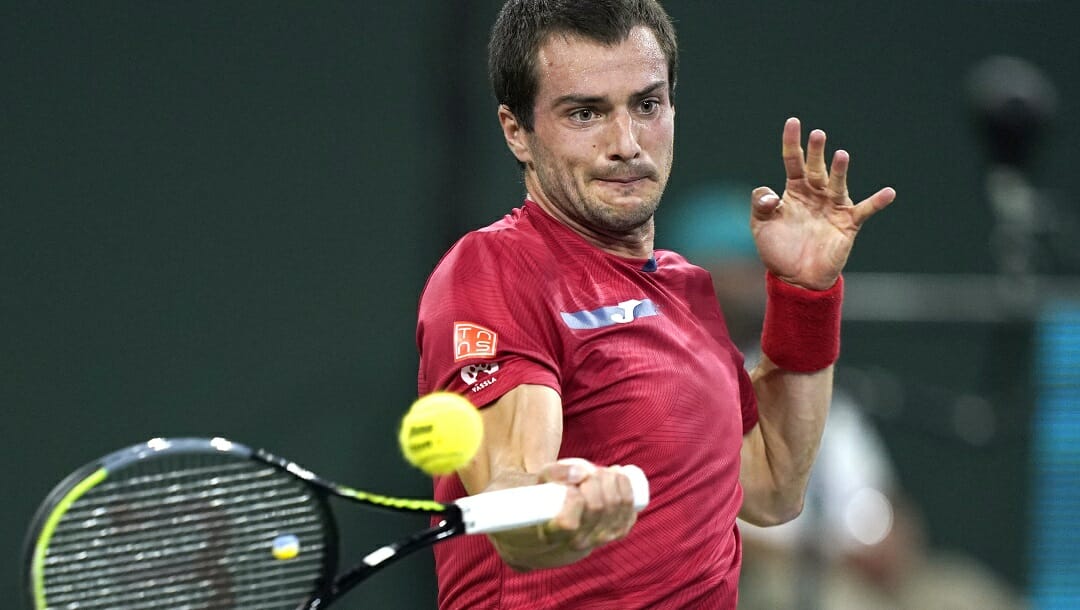 Are you one of the millions of bettors that feels deep sadness over the prospect of waiting all week to cash in on another round of NFL playoff odds?

If you are, I bring welcome news. The Australian Open is in full swing this week, presenting gamblers of a more international background with all sorts of tennis betting opportunities.

While casual Sports Center viewers might tell you the tournament is much less interesting after Novak Djokovic was denied a visa based on his vaccination stance, any ardent tennis fan can tell you that major tournaments are always fascinating, full stop.

On top of that, if you know how to read money line prices well, you can find loads of good tennis betting options in the opening rounds of these tournaments.

With that in mind, here’s a quick profile on one set of men’s tennis odds that I like for Tuesday evening. (Or Wednesday, if you’re in Australia.)

If you’re inexperienced with tennis odds, then here’s a one-sentence crash course in handicapping the little green ball. Regardless of whether you’re looking at men’s tennis odds or women’s tennis odds, start your handicap with form, court and price.

The court is one of the most critically important details to consider. Like the US Open, the Aussie major is played on hard court, which favors quick, instinctive, aggressive players. (It also probably favors a lot of Americans, who grow up mostly playing on hard surfaces.)

That’s an important detail to keep in mind when considering today’s match in question, Cristian Garin versus Pedro Martinez.

From a distance, this is a second-round match that resembles two players who have vaguely similar profiles. Both are mid-20s players who are trending up at the beginning of 2022; both players would probably prefer to play on a different court.

Garin, a Chilean, is best on slower courts. He reached the fourth round at Wimbledon and Roland Garros in 2021.

Martinez, a Spaniard, is more of an all-court player who had arguably his best career outing to date last summer at Wimbledon.

The major difference here is the ranking. Garin enters the first major of 2022 ranked No. 19 in men’s tennis. He’s also seeded 16th in the Aussie bracket.

Martinez, by contrast, is ranked 61st and playing unseeded.

With Cristian Garin playing some of the best tennis of his career over the last 12 months, you should expect him to be a healthy favorite over Martinez, his one-time doubles partner.

How to Bet the Australian Open: Christian Garin (-120) vs. Pedro Martinez

As I said, Garin should be a healthy favorite here. But pay a visit to any online sportsbook and you’ll see that the tennis odds have Garin as barely a favorite at all. Right now, at BetMGM, he’s -120. This is basically a toss-up, with slight juice toward Garin.

I believe the rationale here is the hard court setting. Neither of these players prefers hard court, but Martinez is the more consistent performer away from clay and grass surfaces.

Martinez (26-31) is a sub-.500 player on the ATP circuit, but he’s actually 12-10 on hard courts since the start of 2020. He managed to advance to the third round of the Australian Open last season, defeating solid professionals Yoshihito Nishioka and Emil Ruusuvuori before losing in four sets to No. 23 Dušan Lajović.

Garin, for his part, has never advanced past the second round of either major hard court tournament and did not play in last year’s Australian Open at all after hurting his wrist prior to the tournament.

This is a match where the wrong player is favored because of marketplace forces. Garin gets a slight nod here from the bookmakers because he’s the seeded, higher-ranked player, but Martinez is the superior hard court competitor.

Martinez – priced at +100 – is just one of many early-tournament examples of a great tennis position hiding in plain sight.