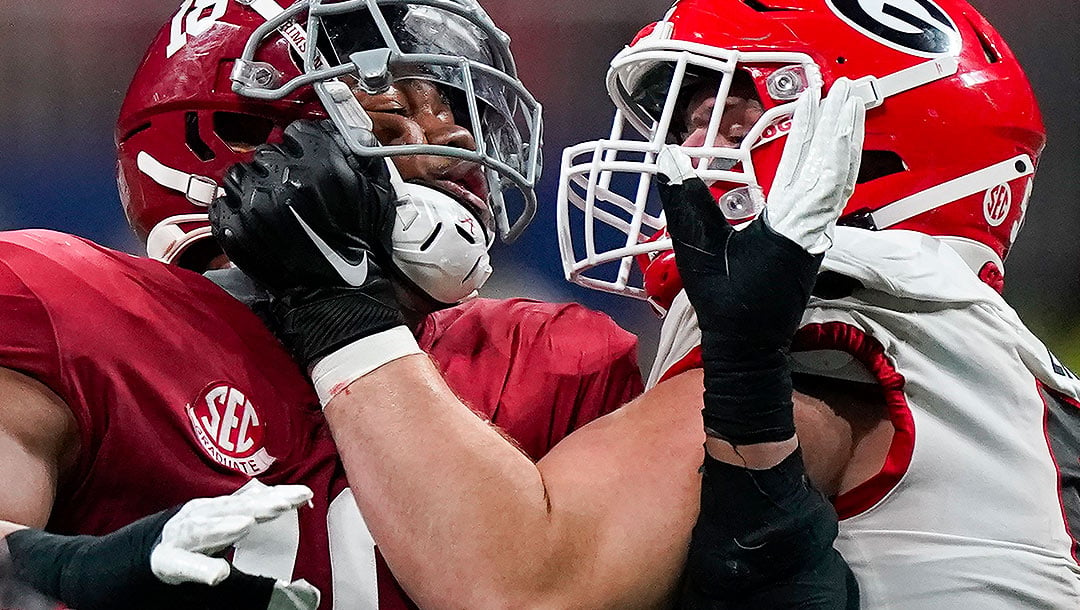 The 2022 College Football Playoff National Championship Game is almost here. This year, the matchup is between the Georgia Bulldogs and the Alabama Crimson Tide.

If you’re a bettor torn on the spread, perhaps you’re looking for some alternative bets in this game. These are three prop bets I would recommend for the College Football Playoff National Championship Game.

Before we get to my props, here is some basic information about the championship game.

Considering everything they have shown so far, it is hard for me to bet against Alabama’s offense. They average the third-most points per game in the country, averaging 41.4.

Not only has the Crimson Tide put up a lot of points, but they have done so against elite competition.

They have faced three defenses, including Georgia, that rank in the top five in the fewest points per game allowed. In those three games, Alabama averaged over 35 points per game.

Despite having critical injuries on offense like WR John Metchie, OL Emil Ekiyor Jr., and Chris Owens, I still believe they have what it takes to put up a lot of points in this game.

The +900 odds make this bet worth a small wager, in my opinion.

The last time Georgia and Alabama played in a College Football Playoff National Championship Game against each other, it went to overtime. Since this is the second meeting between these two teams a little over a month ago, they should both have an idea of what to expect in this matchup.

Despite the 41-24 result in Alabama’s favor last time, I would not be surprised to see this game go to overtime.

I think Alabama’s superior offense and Georgia’s typically superior defense could balance this game out enough for it to remain competitive.

I already mentioned how good Alabama’s offense is, and I think that will propel them to an outright victory because of the way they have proven themselves against elite defenses already.

But what about Georgia scoring 20+ points? They scored 24 points in their last meeting and average over 38 per game on the season.

On top of this, Alabama has a key injury in the secondary with the loss of CB Josh Jobe. I believe that Stetson Bennett will target Jobe’s replacement, Kool-Aid McKinstry.

I think these three props are worth considering for the College Football Playoff National Championship Game. Do you agree with these picks?

Either way, you can place your bets at BetMGM, a safe and reliable site for all of your online sports betting needs. Create an account today for a risk-free initial bet of up to $1,000.