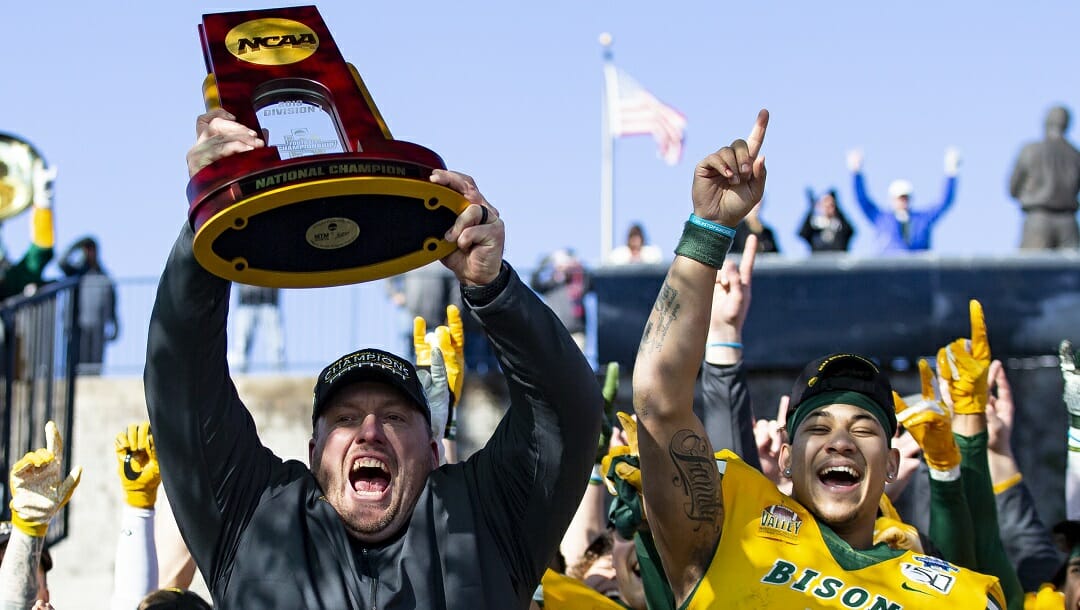 Hey, remember that time I told you to go look up the FCS college football championship odds and bet on Montana State to win the title?

If you have no idea what I’m talking about, you can catch up on yesterday’s news here.

However, if you did tail me on the two futures to set up the hedge, then this weekend’s FCS title game is nothing but good news. We’ve created a solid position to make guaranteed money on the FCS Championship Game.

Football betting can be complicated, but a solid futures position makes everything easier. Back at the beginning of the FCS Playoffs, I recommended two FCS championship futures investments: Villanova at +1600 and Montana State at +2000.

Now, before Bobcat Twitter tries to give me a key to the city of Bozeman for believing in its team, it’s worth pointing out that the main reason I did this was their playoff path.

The right side of the bracket had both JMU and North Dakota State, alongside other notable contenders like Montana and Eastern Washington. The left side, by comparison, had a Sam Houston team that felt underwhelming all season, as well as an unseeded South Dakota State team that had to play game after game on the road.

Montana State was undefeated until the final week of the regular season; if the Bobcats had scored a rivalry win against the Griz, they likely would have been given home-field advantage over the Bison. And much like the North Dakota State team they will see in Frisco, they play a brand of football that’s traditionally successful in November and December.

Thus, at +2000, the Bobcats were a perfect marriage of marketplace value, scheduling luck and sound analysis.

So, now that we’ve said all these nice things about Montana State… it’s time to bet against it.

If you read the original futures article when I wrote it, you know that the Montana State bet was always intended as a hedge position. If Montana State reached the championship game, we would be able to bet the money line from the other side and hold tickets for both sides of the game.

Now that we’ve been successful in that endeavor, it’s time to pull out your hedge calculators.

I personally bet $30 on each of the original futures, meaning I have a $60 total stake right now and a $600 payout (not counting my principle) if Montana State wins.

Given NDSU’s price, and the fact that the current NCAAF odds have the Bison as a touchdown favorite to win their ninth championship in 12 years, I’m tilting my hedge toward the heavier side.

If Montana State wins, I’ll pocket a net profit of $70.