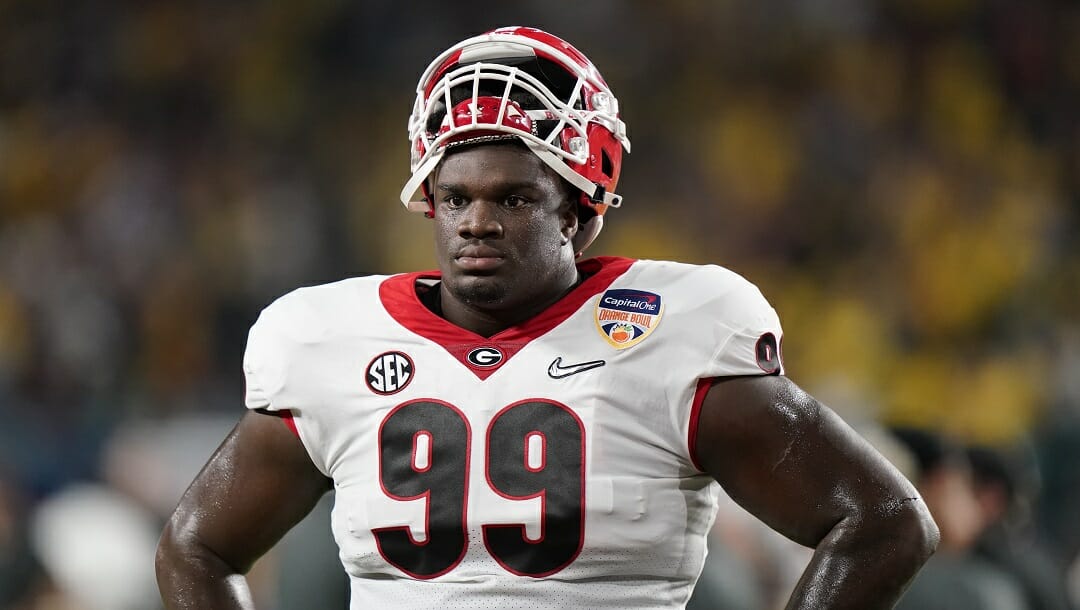 As you probably already know, Alabama and Georgia will play each other tonight for the national championship. College football championship odds have been posted for 10 days now, and the football bets are pouring in.

I’ve covered a lot of angles for tonight’s game, including an investigation into Alabama’s game plan against Cincinnati and a thorough analysis of the odds for tonight’s championship game.

If you’re looking for those bits of information to help inform your online sports betting, go check them out.

However, I also wanted to take a few minutes to highlight some of the championship game’s top professional prospects.

With programs like Alabama and Georgia playing in the title game, it’ll come as a surprise to absolutely no one that many of the stars of tonight’s game will one day have high NFL draft odds.

With that in mind, here’s a quick look at some of the top NFL draft prospects in tonight’s championship game, which should be helpful for those of you that haven’t started reading the 2022 mock drafts just yet.

Evan Neal is widely regarded as the top prospect at offensive tackle in this year’s draft. Historically, that means he’ll likely go in the top 10. Many draft analysts are projecting he could go as high as No.1 overall to Jacksonville.


Williams has become Alabama’s de facto playmaker in the passing game since John Metchie was injured. He erupted in the SEC Championship Game against Georgia and could cap his career with another big game on Monday night.

An unquestioned talent in the Georgia secondary, Kendrick could be an immediate impact player in the NFL. He’s more likely to be drafted as a Day 2 guy, but a team that really likes could make the decision to snag him in the final portion of the first round. His performance on Monday night could move the needle.


History says you’ve got to be a truly elite defensive tackle to crack the Heisman voting. Davis is the real deal, boasting physical skills that are genuinely rare for interior defensive lineman. Don’t be surprised if he goes in the first round.

Another Georgia playmaker at the line of scrimmage that likely goes off the board on Day 2.


Christian Harris is one of the top playmakers for Alabama at the college level. His value at the professional level could be just a tad deflated, as he likely won’t go off the board during the first round. Still, teams willing to spend their capital on him in rounds 2-3 are getting a highly experienced playmaker.

The one-time Tennessee Vol topped 100 tackles after transferring to Tuscaloosa.


Safety is generally a devalued position when it comes to the NFL Draft, but Alabama’s standout should still find his way onto draft boards on Day 2.

A question you might be asking yourself right now: “How is it possible that Georgia has three defensive linemen this good?”

Georgia is not the only team with a good defensive tackle.

His health is a concern right now, but his value as a prospect is hard to deny.