The 3 Best Bets for the NFC Championship 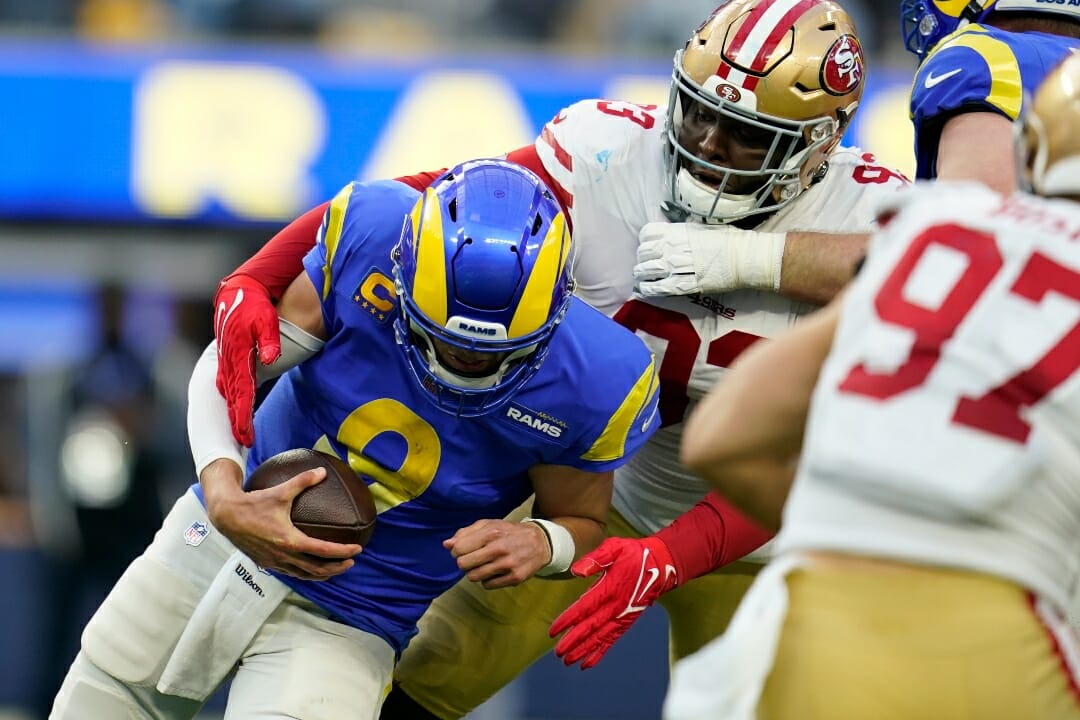 Three favorites were knocked off in a memorable weekend of NFL playoff games. The Kansas City Chiefs narrowly escaped becoming the fourth after a miraculous drive by the Chiefs with 13 seconds left, a game-tying field goal, and subsequent overtime victory.

This week, the Chiefs host the Cincinnati Bengals for the AFC Championship while the Los Angeles Rams welcome the San Francisco 49ers in the NFC Championship game. The current football betting odds have the Rams as 3.5 point favorites at home, so let’s take a deeper look at some of the best bets for the weekend ahead.

The Rams are favored in this game, but the 49ers have swept the season series against Los Angeles this year. San Francisco has won six straight games against the Rams dating back to 2019.

San Francisco has dominated with the run game against the Rams this year, averaging over 145 yards in their two contests. The 49ers boast the league’s 7th best rushing attack (128.5), and I don’t see any reason they can’t have success running the ball this week. San Francisco had 169 rushing yards against the Dallas Cowboys in the Wild Card round of the playoffs and had over 100 against the Green Bay Packers last week.

If they can run the ball against Los Angeles, they’ll be able to control the clock and keep this one close. The 49ers have outscored the Rams 58-34 this year, and I like their chances of keeping the score within 3.5 points.

The first matchup between these two teams produced just 41 points in a lopsided victory for San Francisco, but I think the game in Week 18 provides us with a better idea of how this one will turn out.

Los Angeles and San Francisco combined for 51 points in that one. Both teams can score points, with LA averaging 27.6 on the season and the 49ers not far behind at 24.4.

The Rams have already put up 64 points in two games this postseason. Meanwhile, the 49ers have already proven this season that they can run the ball against Los Angeles, and the Rams give up the 12th-most passing yards per game (238.9). Jimmy Garoppolo should be able to find success against the Rams’ secondary if the 49ers can use the running game to set up some play-action opportunities.

Deebo Samuel To Score a Touchdown (-105)

Samuel is a crucial part of San Francisco’s offense and can attack a defense from multiple positions. He was held out of the endzone last week against the Packers, but I believe he’ll find the end zone at least once this week.

Who Will Win the NFC Championship?

I believe that this will be an excellent NFC Championship game. This should be another close game with plenty of points scored. I think the 49ers could pull off yet another upset and represent the NFC in the Super Bowl this year.

Head to BetMGM today to make your picks and check out the odds for all online sports betting needs. Sign up for an account today for a risk-free initial bet of up to $1,000.