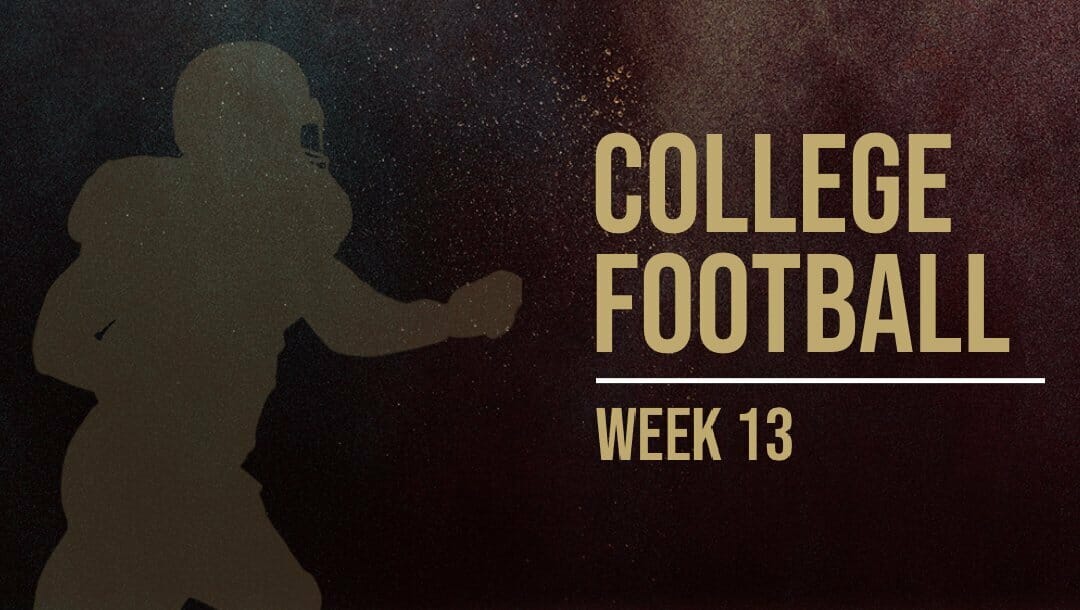 Rivalry week is upon us, and it’s going to have a big say on the College Football Playoff picture. Week 13 features huge matchups between Oklahoma and Oklahoma State, Ohio State and Michigan, and Ole Miss and Mississippi State, to name a few.

There should be plenty of action on the NCAAF betting lines this week in an exciting Thanksgiving weekend. So let’s have a look at some of the best college football spreads to get the party started.

There are few rivalries in sports as storied as Ohio State and Michigan, and “The Game” should be good this year. Ohio State has dominated in recent years, winning eight straight contests and are 17-3 since 2000.

There’s reason to believe that the trend will continue this year with how Ohio State quarterback C.J. Stroud is playing. This year, Stroud and the Buckeyes have been an offensive juggernaut, putting up a whopping 559.8 yards per game to go with 47.2 points – both first in the nation.

The Wolverines have been no slouch themselves at 9-1, with a defense that’s only allowing 16.3 points per game. They also don’t have a problem scoring, putting up almost 37 points on average to go with 455.3 total yards per game. However, their only loss came at the hands of Michigan State – a team that the Buckeyes annihilated last weekend.

I don’t see the Wolverines keeping pace with Ohio State’s unrelenting offense in this one. So take the Buckeyes to cover the 8.5.

While you usually think of offense when you think of the Cowboys, this year, they are the top-ranked defensive unit in the Big 12. However, history isn’t on OSU’s side in the Bedlam Series, with the Sooners dominating the rivalry, including wins in the last six games.

While the home-field advantage will help the Cowboys, four points is still a lot to cover against a team that has owned you historically. The Sooners are 5-1 ATS in the last six matchups against the Cowboys, and with a bloated spread of four points, I see that record improving here. So take the Sooners with the points.

At first blush, you might think I’m crazy to suggest that Alabama won’t cover the spread against a Tigers team that is 6-5 and has lost three straight. And you might be right. But looking a little more closely, there’s evidence to suggest that Auburn has a legitimate shot at covering here.

Although the Crimson Tide are 10-1, they’re just 6-5 against the spread this year. Furthermore, Alabama has failed to cover its last two against SEC teams and failed miserably.

On November 6th, they beat LSU 20-14 after being favored by 29.5 points, and just last week squeaked past Arkansas 42-35 after being a 20.5-point favorite. Both of those games were at home, but now the Crimson Tide will take the show on the road. I like the Tigers to cover in this one.

What College Football Spreads Do You Like This Week?

Rivalry week is full of so much pride that you can almost throw the teams’ overall records out the window when trying to beat the college football spreads. There’s deep-rooted history in many of this week’s games, and you can count on plenty of excitement in the stands to help give the home teams an edge.

So be sure to keep up to date on BetMGM’s football lines and check back daily for all of your college football betting action.