3 Reasons the Buffalo Bills Will Beat the Kansas City Chiefs 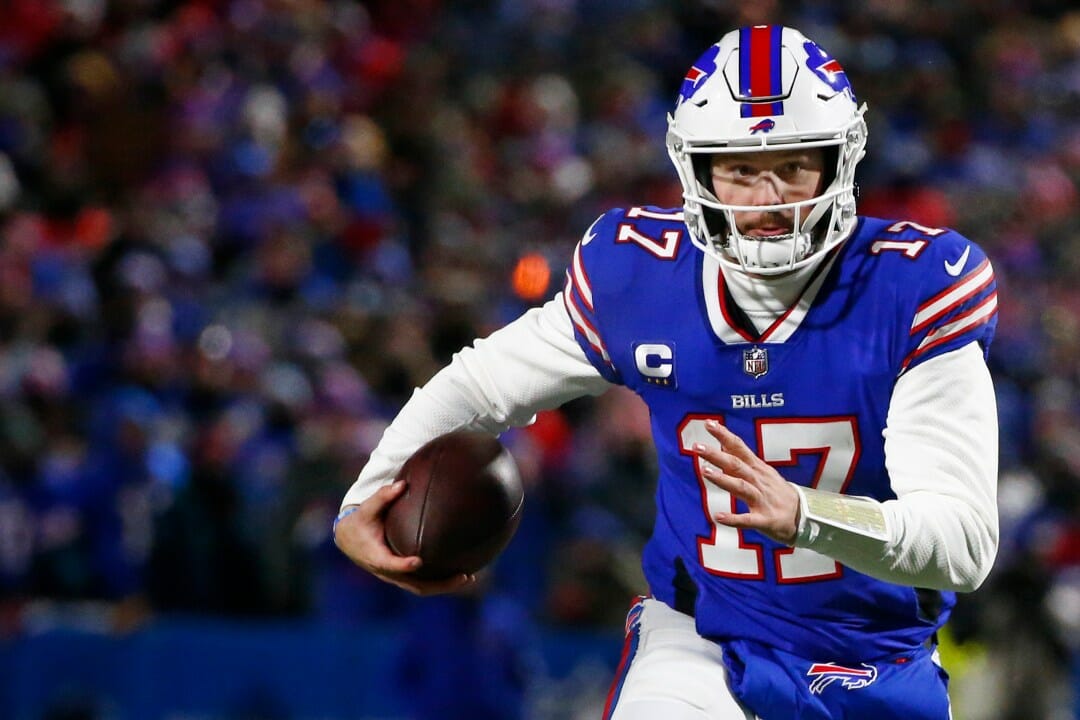 In a matchup featuring two of the NFL’s best quarterbacks, the Buffalo Bills will travel to take on the Kansas City Chiefs in the AFC divisional round of the NFL playoffs.

Despite defeating the New England Patriots 47-17 last weekend, football betting odds have the Bills as 1.5-point underdogs in Kansas City. Here, however, are three reasons why Buffalo can pull the upset and advance to the AFC Championship.

Here are the details to know about the game:

The Bills already ranked as the third highest-scoring team in the NFL during the regular season, but a recent emphasis on the run game has taken their offense to new heights.

In Weeks 1-13, Buffalo averaged just under 117 yards per game on the ground. In the six weeks since, though, the Bills are churning out nearly 164 yards rushing per game and are winners of five straight.

Kansas City’s defense allowed the 12th-most rushing yards per game during the regular season. If the Bills can establish the run, it might open up big-play opportunities for Josh Allen and Stefon Diggs.

When these two teams faced off in last year’s AFC Championship Game, the Bills were coming off of a regular season ranked 16th in total scoring defense. In that game, Patrick Mahomes threw for 325 yards and three touchdowns while Tyreek Hill caught nine passes for 172 yards in a 38-24 Chiefs win.

This season, the Buffalo defense came into the playoffs ranked first in the NFL in scoring defense and yards allowed per game. The Bills are the only team in football limiting opponents to fewer than 300 yards of offense per game, and this improvement was evident in a rematch between these two teams earlier this season.

Buffalo limited Mahomes to 272 yards (two TD, two INT) on 54 attempts and the defense recovered two fumbles in a 38-20 Week 5 win in Kansas City. The Bills will hope for a similar defensive performance this week against a Chiefs team that has scored more than 34 points in five of their past six contests.

While the Kansas City defense has improved since a rocky start to the season, they have still shown weakness against some of the NFL’s top passers. In a Week 17 matchup with the Cincinnati Bengals, Joe Burrow threw for 446 yards and four touchdowns in a win that halted an eight-game Chiefs win streak.

In two games facing Justin Herbert and the Los Angeles Chargers, the Kansas City defense conceded 58 total points in one loss and one overtime victory.

Against the Bills early this season, the Chiefs allowed Josh Allen to throw for 316 yards and three touchdowns while rushing for another in a turnover-free afternoon for Buffalo.

Will the Buffalo Bills Take Down the Reigning AFC Champions?

Patrick Mahomes and Josh Allen are two of the brightest young stars in the NFL and the over/under of 54.5, the highest of any divisional game, hints at what may be an epic quarterback duel.

I’m not sure if anyone can stop the Chiefs offense, but if the number-one rated Buffalo Bills defense can force Kansas City into field goals instead of touchdowns and cause a few turnovers, they have a good chance to become the new top team in the AFC.

What are your thoughts on this Bills vs Chiefs matchup? Make your NFL bets today by creating an account with BetMGM’s online sportsbook to receive a risk-free initial bet worth up to $1,000.