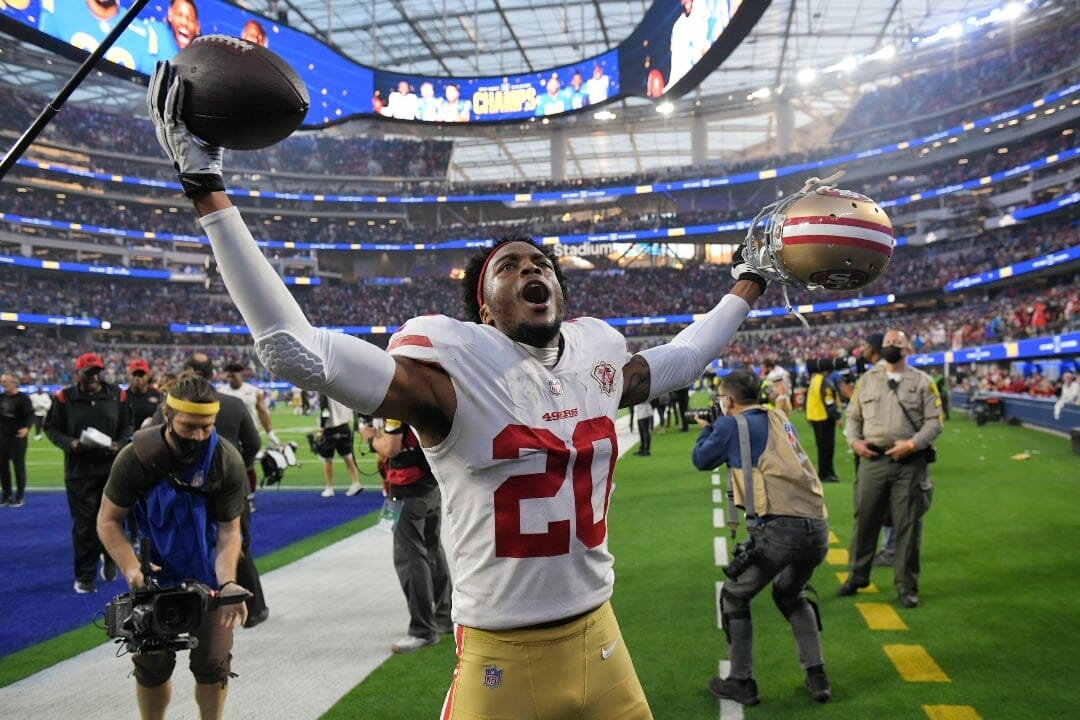 This year’s NFL playoffs have been exciting for football betting enthusiasts so far. The NFC Championship game featuring the San Francisco 49ers and the Los Angeles Rams will likely be no exception.

These two division rivals know each other well. Let’s get a closer look at how the 49ers at Rams might unfold.

Sean McVay led his team to an impressive 12-5 record this year, and his team followed that up with a dominant 34-11 Wild Card win over the Arizona Cardinals. Then, the Rams took a 27-3 lead over the reigning Super Bowl champions, the Tampa Bay Buccaneers, and held on for the road win.

Yet those two games told very different stories about this Rams team. The Rams were in complete control in the Wild Card game, keeping possession for 35 minutes and 46 seconds. The Cardinals never looked like they were in control of the game or the clock.

But in Tampa Bay, the Rams were close to giving the game away with some late mistakes. They still won the possession game with 34 minutes and eight seconds of ball control, but four turnovers gave Tom Brady too many chances, and he eventually tied the game.

The Rams have a powerful offense, with Matthew Stafford having a career year at quarterback. Stafford had 4886 yards passing, 41 TDs, and 17 INTs. Wide receiver Cooper Kupp led the NFL with 145 receptions for 1,947 yards and 16 TDs.

The Rams also have a strong defense, with game-changers Aaron Donald and Von Miller leading the way. Even with his star-studded defense, Sean McVay’s squad is 0-6 against the 49ers going back to 2019 and 0-2 this year.

Kyle Shanahan’s squad has been in a must-win mode for the last four games. They needed to beat the Houston Texans and the Rams to earn a Wild Card spot.

Road wins in Dallas and Green Bay put the 49ers in the NFC Championship game. The running attack has played a large part in their success. San Francisco ran 38 times for 169 yards and two touchdowns to beat the Dallas Cowboys 23-17.

In the cold against the Green Bay Packers, the 49ers ran 29 of their 48 plays for 106 yards. Yet, defense and special teams earned San Francisco the win in Green Bay. A blocked punt for a touchdown and holding the Packers to 10 points in Lambeau is no small feat.

San Francisco relies on ball control and defense to win games. When the 49ers can dictate the pace of a game, it’s hard for any team to beat them.

Who Will Win the NFC Championship?

If these teams continue their trends, then San Francisco has an advantage. Ball control will be critical to San Francisco’s game plan. The 49ers need to keep Matthew Stafford and Cooper Kupp off the field.

I expect the 49ers at Rams to be as close as the Week 18 contest won by the 49ers 27-24. I believe that San Francisco’s running attack will limit the Rams’ offensive opportunities and that their defense will make this a low-scoring game. I’m picking San Francisco to make it to Super Bowl LVI.

Which team do you like for the 2022 NFC Championship? Create an account at BetMGM’s online sportsbook today to receive a risk-free initial bet of up to $1,000.