7 Greatest UFC Fighters of All Time 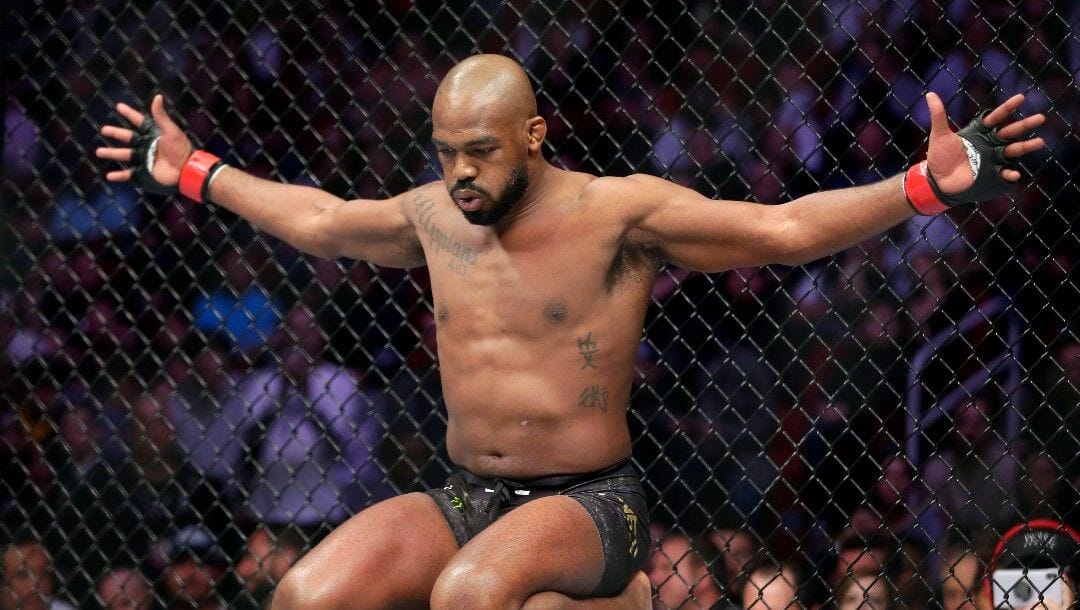 Over the years, the UFC has produced a lot of great fighters, some of which were considered the greatest athletes to ever grace the Octagon.

With an impressive record of 26 wins against two losses, GSP was a dominant force in the Welterweight division during his 13-year run in the UFC.

The two losses from Matt Hughes and Matt Serra were immediately avenged by stopping both of them in the rematch.

Georges defended his title nine times (fourth-most in UFC history), a testament to a dominant champion.

After a four-year hiatus, “Rush” returned to action, moved up to the Middleweight division, and submitted Michael Bisping to retire as a champion once again.

Another name in the MMA GOAT conversation is Jon Jones.

If not for a disqualification loss he suffered in the Ultimate Fighter 10 in 2009, his record would still be immaculate. He typically is a huge favorite in UFC betting when he steps inside the octagon.

He’s tied with Demetrious Johnson for the most title defenses in UFC history with 11 and has defeated the likes of Mauricio Rua, Daniel Cormier and Alexander Gustafsson.

With a perfect record of 29-0, it’s hard to exclude Khabib Nurmagomedov from the list of the greatest fighters in UFC history.

Before his stint in the UFC, Khabib accumulated 16 wins, 12 via stoppage. The “Eagle” needed nine wins in a row to get a title shot.

He dominated Al Iaquinta in their title showdown at UFC 223. Before calling it a career, Nurmagomedov submitted Conor McGregor, Dustin Poirier and Justin Gaethje to keep his unscathed record intact.

Anderson Silva doesn’t just finish his opponents; he finishes them in style, the reason why he is hailed as one of the best.

“Spider” was given the opportunity to win the Middleweight title in his second fight in the promotion, where he went on to defeat Rich Franklin in one round.

After that, the Brazilian defended his title 10 times, the second-most in the UFC. Some of the significant opponents he defeated were Forest Griffin, Chael Sonnen and Vitor Belfort.

Demetrious Johnson is considered the greatest Flyweight MMA fighter of all time. Much like what Jon Jones did in the Light Heavyweight division, Johnson also cleared every challenger pitted against him, where he collected a total of 11 title defenses.

This remarkable run by DJ was stopped by Henry Cejudo in August 2018 when “Triple C” scored a split decision win over the “Mighty Mouse.”

Shortly after the defeat, Johnson got traded to ONE Championship for Ben Askren.

Amanda Nunes is regarded as the greatest female UFC fighter of all time. Her 14-1 record backs up this claim. She dominantly captured the Bantamweight title and Featherweight title.

First, she pulled off a rear-naked submission to Miesha Tate in July 2016 to be the 135-pound queen.

She defended it three times over Ronda Rousey, Valentina Shevchenko and Raquel Pennington.

After that, Nunes moved up to the 145-pound division and knocked out Cris Cyborg for her second title in a new division. She was the third fighter in UFC history to be a double-weight champion.

An Olympic gold medalist in freestyle wrestling in the 2008 Olympics, Cejudo transitioned to MMA five years after his Olympic stint. He needed to win six MMA bouts before the UFC signed him in 2014. After four more wins in a row, he was handed out his first crack at gold against Demetrious Johnson.

After defending his UFC bantamweight title, @HenryCejudo unexpectedly announced his retirement from the sport of MMA 🤯 #UFC249 pic.twitter.com/5jIhrp4LsC

Unfortunately, Cejudo succumbed to Johnson via stoppage in the first round. Another loss to Joseph Benavidez in their December 2016 showdown has helped the Arizona-native recalibrate. He stripped the Flyweight belt from Johnson in their rematch and stopped Marlon Moraes to claim the vacant Bantamweight title.

He is the fourth fighter in UFC history to hold two titles in two different weight classes simultaneously.