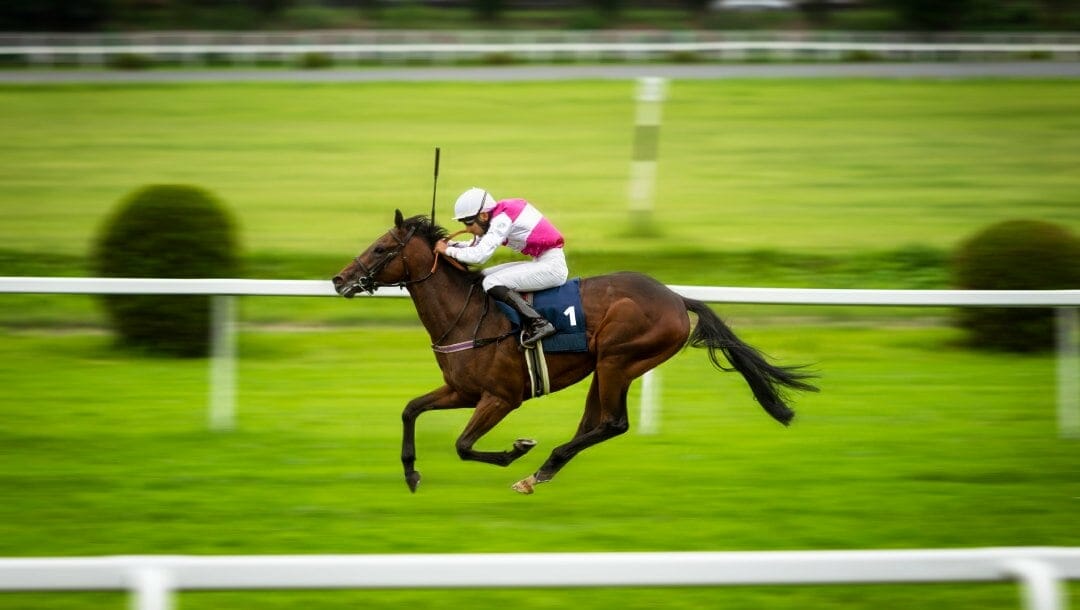 Are you an online sports betting fan? Then you’ve probably dreamed of attending the Grand National, one of the world’s most famous and longest-standing horse racing events, in person. Of course, if you’re going to be headed to Liverpool in the UK and spending a lot of money on your Grand National ticket, as well as on your flights, you’ll obviously want to make the most of your visit.

Read on for everything you need to know to do exactly that, from what entertainment to look forward to while you’re there to getting in on the action when it comes to horse racing betting.

The Grand National is held in April every year at Aintree racecourse in Liverpool, UK, and has been a world-famous horse racing event since 1839, when the stallion, Lottery, was the first to snag the now-coveted title.

While the Grand National race itself is only a few minutes long (usually lasting between nine and 11 minutes in total,) the actual horse racing event takes place over three days, most commonly from Thursday to Saturday. Thursday is considered Grand Opening Day and is always full of festivities, Friday is deemed Ladies’ Day, where fashion and glamor reign supreme and Saturday is the official Grand National Day, which is when the majority of the most important races take place, including the Grand National and three other Grade 1 races.

Races to look forward to at the Grand National

While the Grand National is unsurprisingly the race that always steals the spotlight, there are plenty of other races to get excited about when attending the three-day festival.

On Grand National Day, racing fans and sports bettors can look forward to a variety of Grade 1 races, such as the Ryanair Steeple Chase and the Ryanair World Hurdle. The Grand National race is four and a quarter miles long with a whopping 30 fences. Mr. Frisk is the horse who holds the record for the fastest finish time of 8 minutes and 47.8 seconds after he won the race in 1990. Ironically, the slowest time of 14 minutes and 53 seconds belongs to Lottery, who was, as mentioned above, the race’s first-ever winner.

Things to do at the Grand National 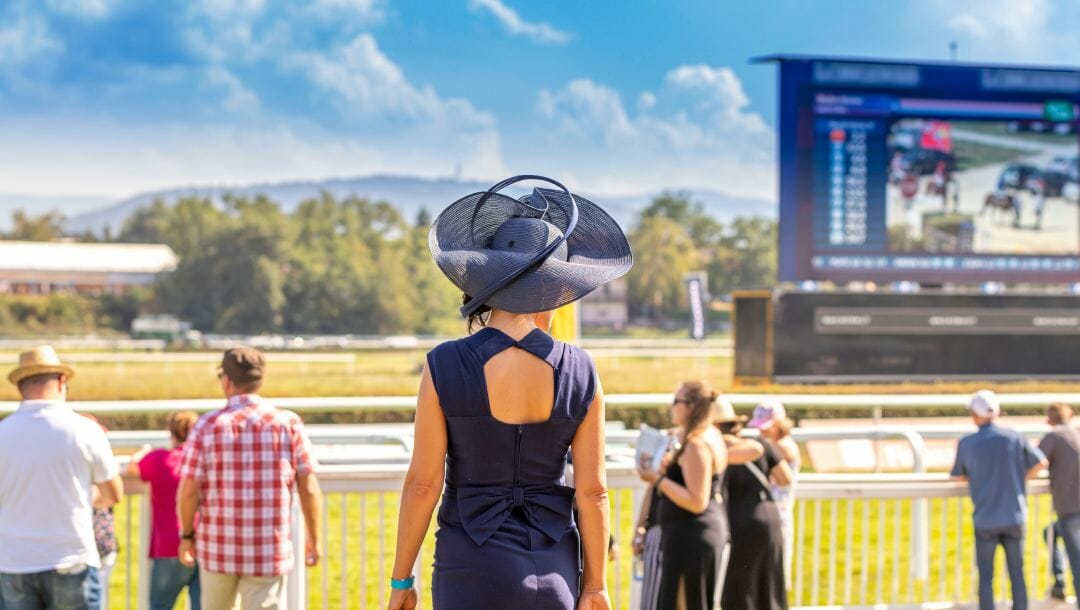 Contrary to popular belief, this much-anticipated horse racing festival is not just about the horses. In fact, a significant number of attendees aren’t even racing or online sports betting fans! The entire event is a massive celebration with plenty of live music, mouth-watering food, ice-cold drinks and enthusiastic conversation.

While it’s tempting to spend all of your time keeping an eye on the live horse racing odds, you should also aim to visit the Red Rum Garden. This is where most of the music-related magic happens – and it’s where you’re most likely to spot a celebrity sporting their fanciest fascinator. Be sure to have your smartphone at the ready to snap a picture!

There are also plenty of bars and eateries scattered around the racecourse, many with first-class views of the tracks so that you can sip on something refreshing while cheering for your favorite horse and jockey.

Placing bets and still trying to decide on a strategy and which horse to bet on? Don’t miss out on the opportunity to size up the competition at the Parade Ring. All of the participating horses parade around this ring ahead of each race.

Finally, don’t forget to invest in a Festival Zone ticket to enjoy the party atmosphere to the max! There’s more live music in this zone – plus, one of these tickets allows you access to the well-known Winners’ Enclosure, along with many of the best tote betting facilities.

What to wear to the Grand National

It may be surprising to discover that there isn’t actually a dress code in place for this esteemed event, but most people who attend the festival know that the unwritten rule is to dress your best.

Ladies generally wear formal dresses, cocktail dresses and stylish jumpsuits. If it happens to be chilly on the day (and it usually is,) it’s common for women to don a fitted blazer or a pretty throw over their outfits. Of course, no ensemble for this event is complete without a fashion-forward fascinator or hat.

Men can take their style cues from the Peaky Blinders: you can’t go wrong with a classic tweed suit and a flat peak cap.

Betting on the races 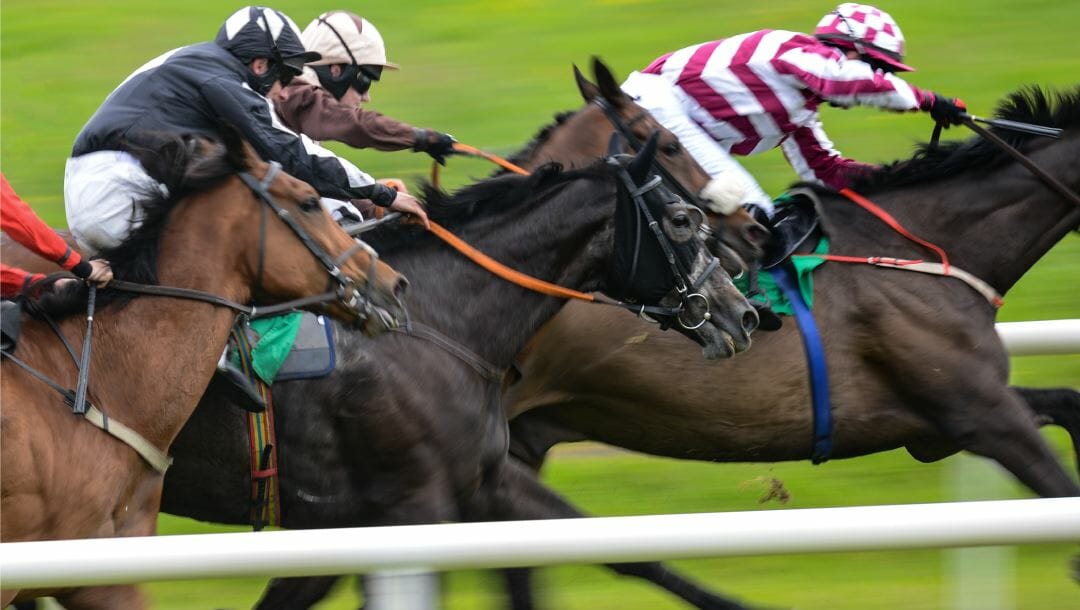 At the Grand National, most attendees opt to bet on the tote, where your wager goes into a pool and your overall win depends on the number of other winning tickets.

You’ll find bookies stationed all around, along with plenty of betting shops. Remember to shop around for the best possible horse racing picks and odds, taking into consideration that most bets are each-way or win-only bets. Of course, it’s also a good idea to learn about all the available options when betting.

Not able to attend the race in person this year? There are plenty of online betting opportunities too! Here at BetMGM, we make it easy for you to bet on races at the Grand National. We also specialize in NYRA racing and cover all NYRA entries and all types of NYRA bets. Along with horse racing, you can bet on an array of other sports and events based on your preferences and your budget.

Ready to explore our offering? Feel free to register via our convenient mobile portal.