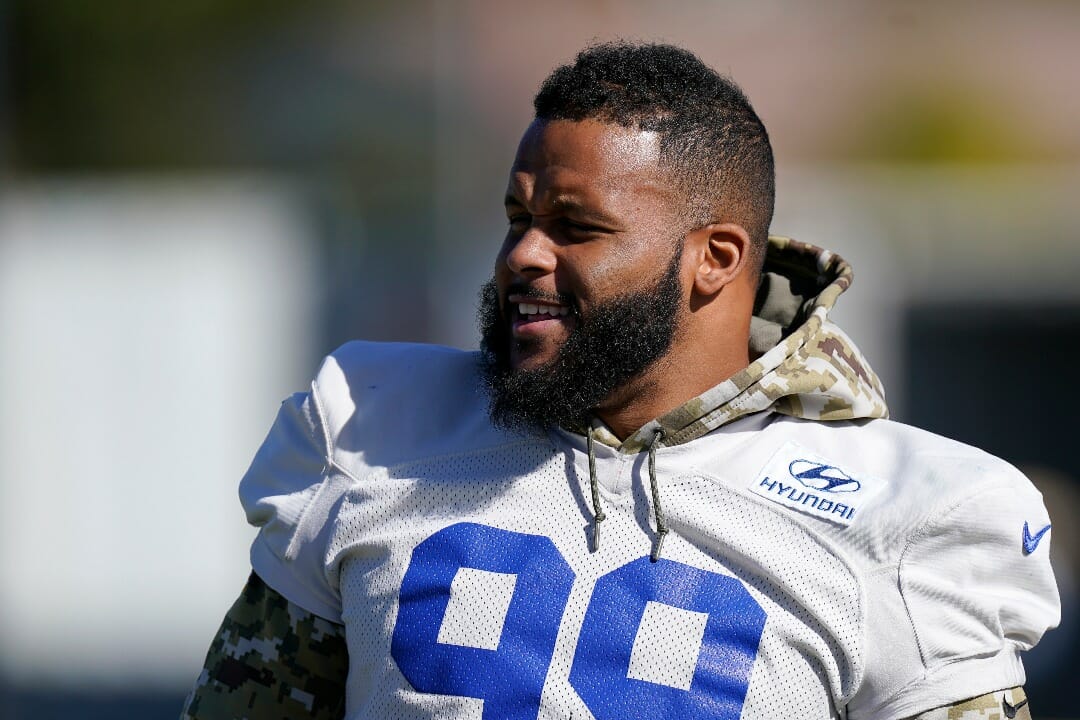 The Los Angeles Rams have made it back to the Super Bowl and will look to bring home the Lombardi Trophy when they take the field on Sunday. One key to their return is star defensive lineman Aaron Donald, one of the few veterans that have been with the team since the St. Louis days.

Donald is unquestionably one of the most dominant players in the league who has shown he can wreck an opposing offense single-handedly. If he has a monster game, the Rams’ odds to win the Super Bowl should increase dramatically.

Let’s see if he can turn in an unforgettable performance against the Cincinnati Bengals and potentially be the Super Bowl MVP.

Before looking in depth at Donald’s chances of taking home that honor, here’s the critical game information:

Donald had another tremendous year, which earned him First-Team All-Pro honors for the seventh consecutive season.

He set a new career-high in combined tackles with 84. Of those, 19 were tackles for a loss, tying for fourth in the league with teammate Von Miller.

He also finished with 12.5 sacks, his fifth-straight season in double-digits. Donald had 25 QB hits, an average of 1.5 per game. He had the second-highest single-season total of his career in forced fumbles and passes defended with four apiece.

What doesn’t show up on the stat sheet is how he draws double-teams and frees up teammates. He poses a nightmare matchup, and with the other talent Los Angeles has on defense, the Bengals may have to leave a lineman one-on-one with Donald at times.

Cincinnati’s offense is explosive, but their offensive line is their most significant weakness.

Joe Burrow was the most sacked quarterback in the regular season, and he’s been sacked 12 times this postseason. He was sacked nine times against the Tennessee Titans in the divisional round. Titans defensive lineman Jeffery Simmons was unstoppable in that game.

Simmons finished that game with three sacks, three tackles for a loss, and eight tackles overall. Donald figures to be in many similar situations as Simmons and should have plenty of opportunities to make plays.

Bengals running back Joe Mixon has the most rushing yards in the playoffs, but he’s only averaging 3.7 yards per rush. Donald should be able to blow up some of those running plays as well.

While defensive players rarely win Super Bowl MVP, Aaron Donald is not like most defensive players. I believe he has a solid chance to win the award, and with +1200 odds, I like the value. To bet on him or anyone else to take home Super Bowl MVP, head to BetMGM’s online sportsbook. Sign up for an account today for a risk-free initial bet of up to $1,000.