The month of March brings out the best performances from college basketball players. Teams from across the US are vying to be the best in the country. Not only are players trying to win the acclaimed piece of silverware, but they are also trying to give themselves the best chance of a decent ranking in a future NBA Draft. Sports betting fans will also have filled in their brackets this month, hoping to have predicted the teams and players to go all the way. Making accurate college basketball picks in March has become a global event. College basketball is full of upsets and age-old rivalries, everything a basketball fan is looking for. The tournament has been running for over 80 years. During this time, some players have set themselves apart from their teammates and rivals through their performances. In some cases, these tournament performances are the first chapter in a Hall of a Fame basketball career. In other cases, their performances helped to establish their colleges as the best college basketball teams for an extended period of time. In chronological order, we’ll look at the all-time best college basketball performances. This list includes games at different stages of the tournament, not just the finals. For each of the performances, we’ll look at the player, the context the game was played in, the performance, and the ramifications. 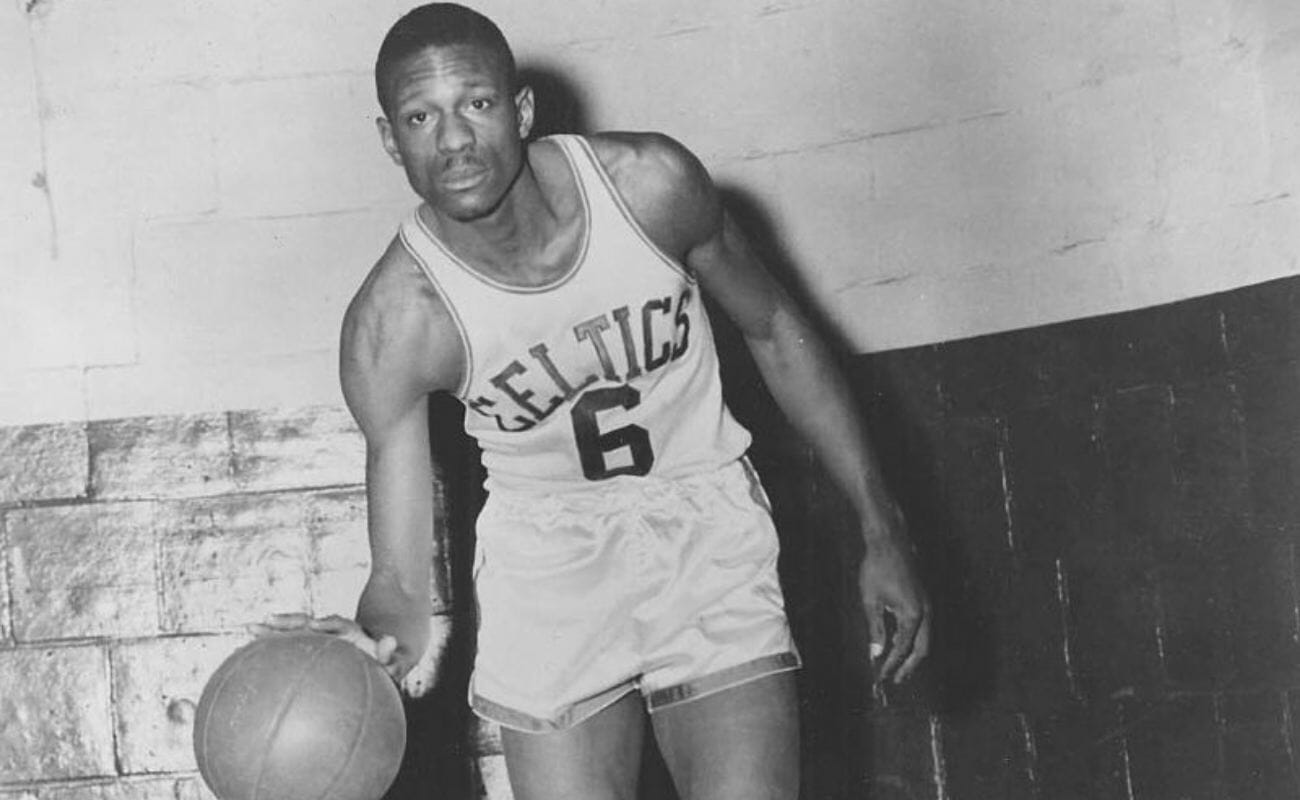 One of the undeniable greats of basketball, Russell’s legacy is still revered to this day. He won 11 NBA championships with the Boston Celtics, he is ranked second in all-time rebounds, and is one of only seven players to have won the college championship, NBA championship and an Olympic gold medal. During his college years, he played for San Francisco and led the university to two titles, in 1955 and 1956. During this period, he guided San Francisco to 55 consecutive victories, making them one of the greatest college basketball teams of all time. His finest performance came in the 1956 championship game against Iowa. Russell had scored a double-double of 23 points and 25 rebounds in 1955 final, but in 1956 he improved on that. He finished the game with a double-double of 26 points and 27 rebounds. This was roughly a third of his team’s points and rebounds in the game, as they won 83-71. San Francisco finished the season undefeated, but would never win another championship. Russell enlisted for the 1956 NBA Draft and would go on to create the Celtics Dynasty. 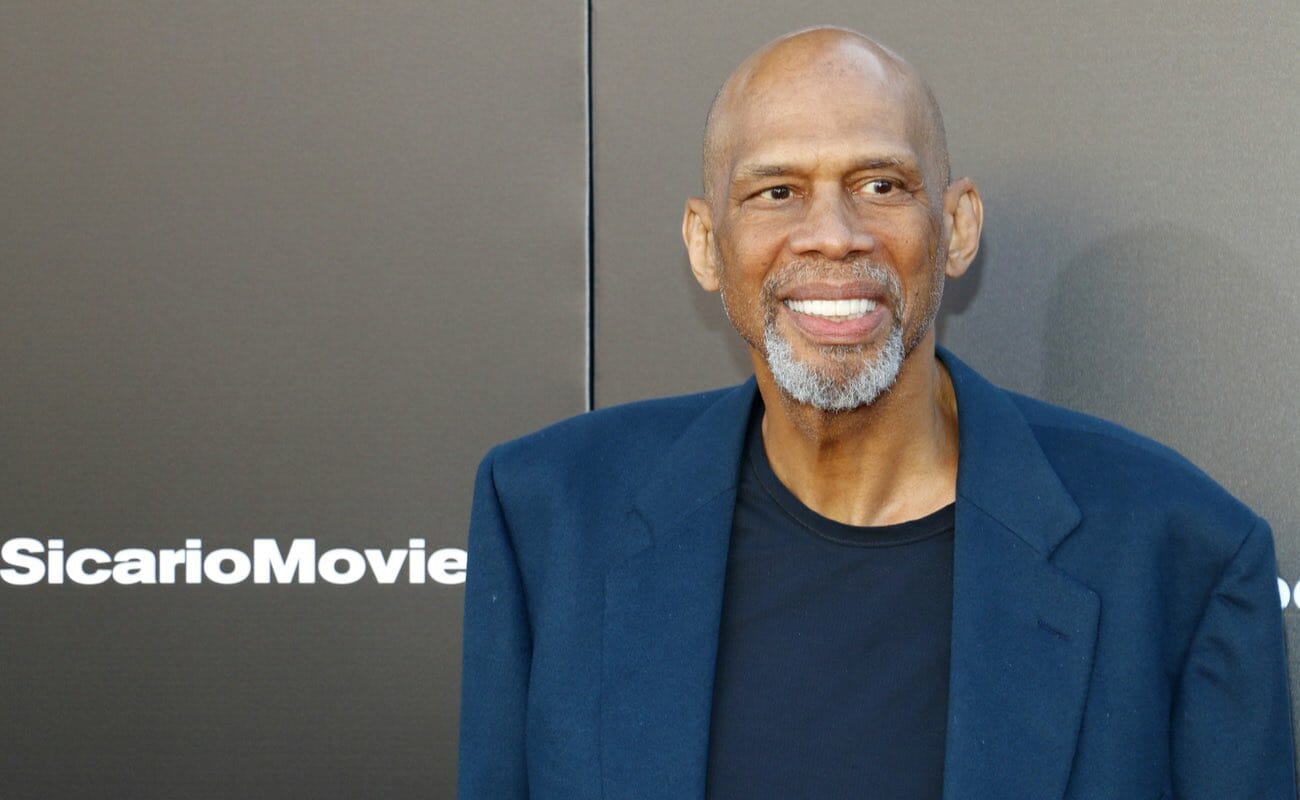 Where to begin with Abdul-Jabbar? He is without doubt one of the greatest basketball players to have ever played the game. He is the all-time leading scorer in the NBA, six-time NBA champion, third overall all-time rebounder and third overall all-time for blocks. His reputation is unanimous in praise. Abdul-Jabbar was a winner since his college days. He attended UCLA and starred in three title-winning championships with the Bruins, in 1967,1968 and 1969. During his college days, he was still referred to as Lew Alcindor. UCLA held an unbreakable grip as one of history’s best college basketball teams between 1964 and 1975, during which time they won seven consecutive titles. Looking back at the 1968 tournament, many headlines focus on the Game of the Century, when Houston beat UCLA on the first televised regular-season game. While this was one of the best basketball games in college history, the best individual performance came in the knockout tournament. On 22 March 1968, UCLA defeated Houston 101-69. In this game Abdul-Jabbar dominated, scoring a double-double of 19 points and 18 rebounds. By comparison, Elvin Hayes, another all-time great, only managed 10 points and 5 rebounds for Houston. Abdul-Jabbar would go on to win a second of three college championships after this game, before entering the NBA Draft. 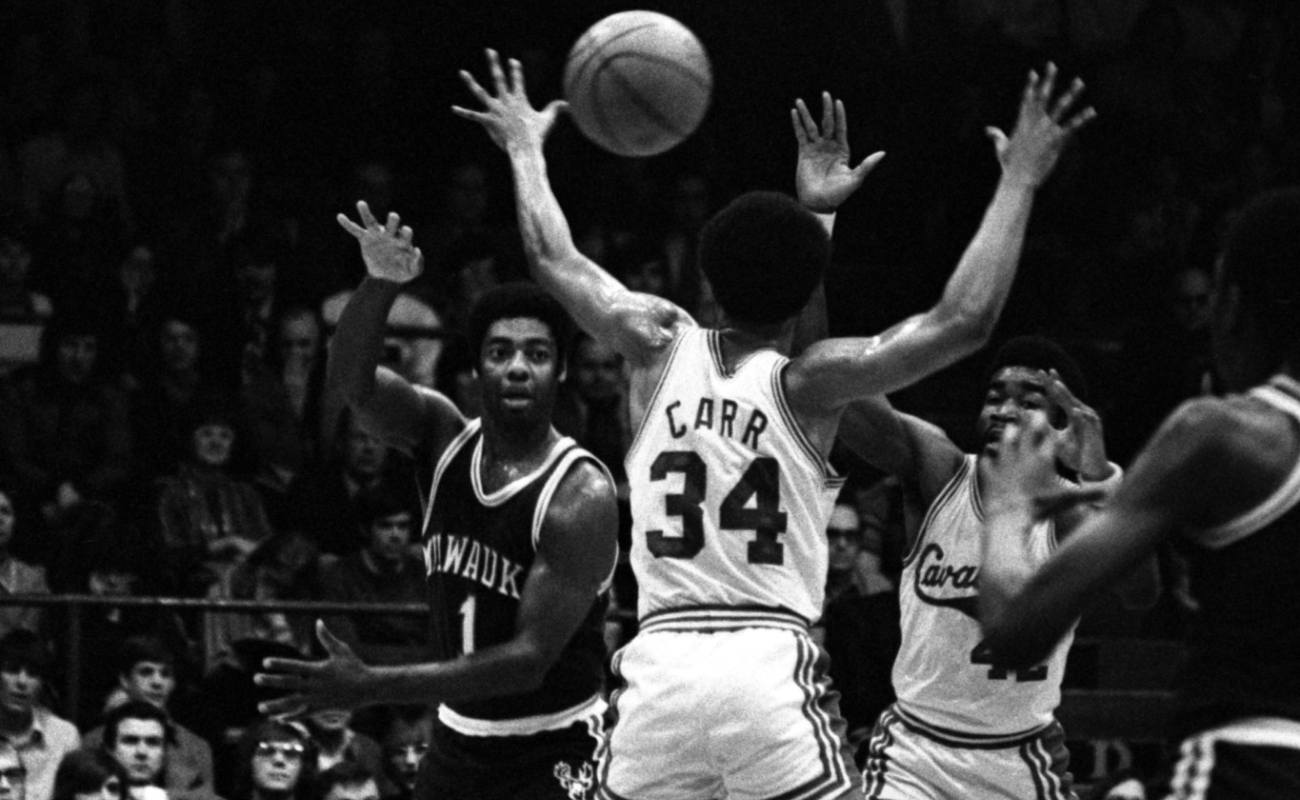 Austin Carr was an NBA All-Star who played for the Cleveland Cavaliers, Dallas Mavericks and Washington Bullets. Carr’s #34 Cavaliers jersey has been retired. For many fans, he is familiar with his work as a commentator for Cavaliers games on Fox Sports. During his college years, Carr played for Notre Dame from 1968-1971. During 1971, he was plagued with a series of injuries, Notre Dame wasn’t able to win a championship - this was right in the middle of UCLA’s dominance. Despite this, Carr has earned a place in college basketball history. He did this by producing one of the best college basketball performances of all time. On 7 March 1970, Notre Dame took on Ohio in the first round of the tournament. Carr would lead Notre Dame to a 112-82 victory with one of the best basketball games of his career. Carr practically won the game, single-handedly, by scoring a tournament record of 61 points. To this day, it is still a record for individual points in the knockout phase of the tournament. Notre Dame would lose in the next round to Kentucky, despite Carr scoring 52 points. Carr would play one more year for Notre Dame before enlisting in the 1971 NBA Draft. His career would see him become a legend for Cleveland. His record of 61 points ensures he is a college legend to this day. 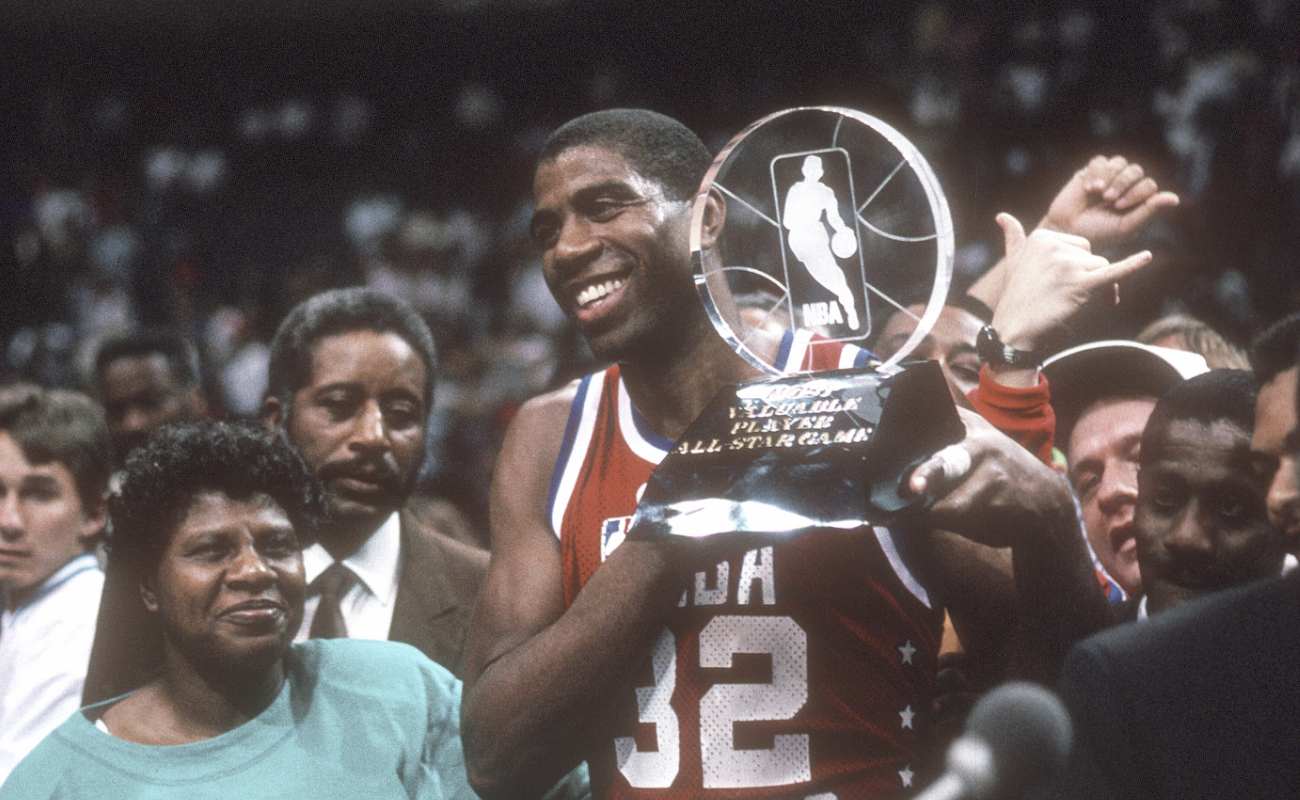 Magic Johnson is one of the most influential basketball players of all time, and certainly needs no introduction. He is a five-time NBA champion, has his jersey retired by the Lakers and was selected for the NBA’s 50th Anniversary All-Time Team. His Showtime era with the Lakers is a treasured part of NBA history. It should be no surprise that Magic Johnson was comfortable in the spotlight during college as well. The game in question was the 1979 championship final between Michigan State and Indiana State. At the time, it was the most-watched college basketball game ever. This was due to Johnson going up against Indiana State’s star player, Larry Bird. Johnson took the game in his stride and guided Michigan State to a 75-64 victory. Johnson scored 24 points to top the scoring, on the day, and earn himself Most Outstanding Player of the tournament. Johnson would later be drafted by the Lakers in the 1979 NBA Draft. Larry Bird had been drafted by the Celtics in 1978 but played his final season with Indiana State. After the final, a great rivalry was set: Johnson’s Lakers vs Bird’s Celtics. 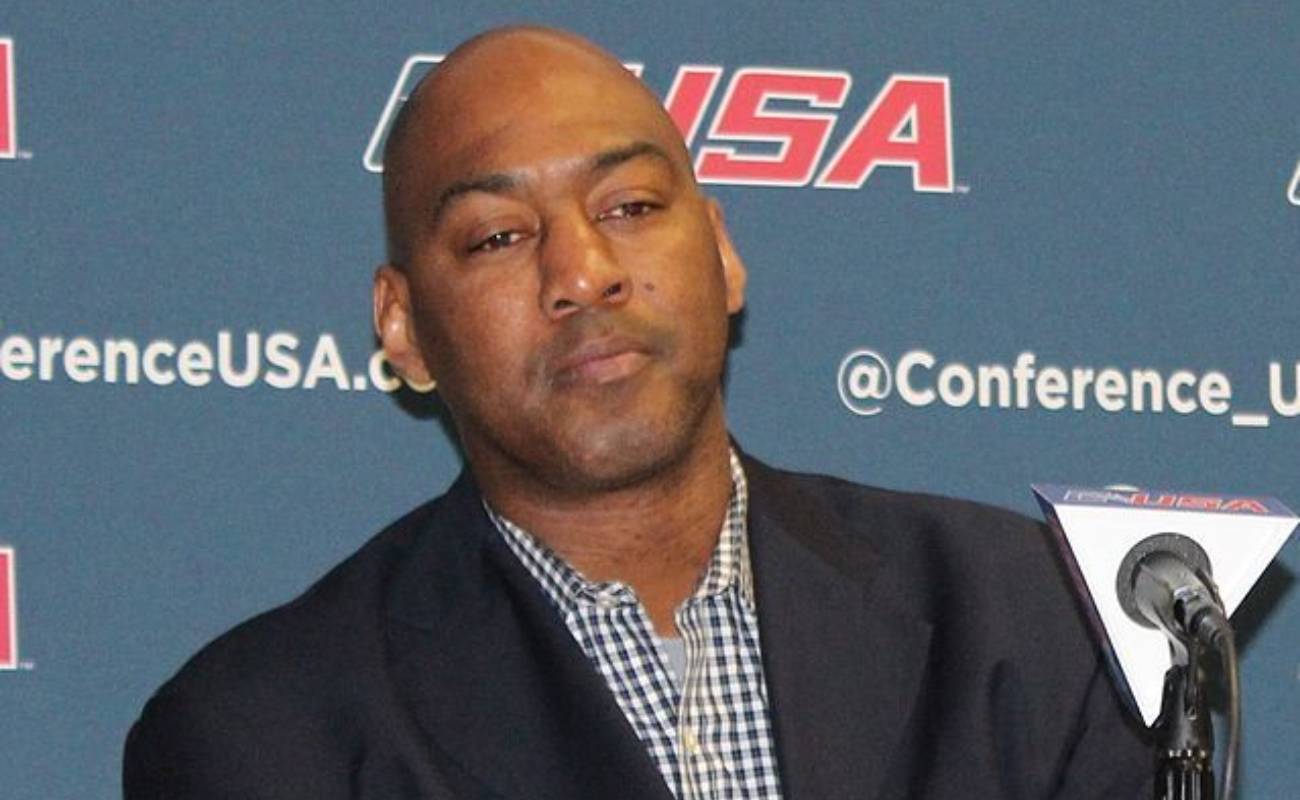 Danny Manning is a two-time NBA All-Star who played in the NBA for fourteen years. He has subsequently gone into college coaching. Manning’s reputation was built from his time at Kansas between 1984-1988. Going into the 1988 college basketball final, Kansas were the underdogs. They entered the tournament as the #6 seed. Sports betting fans who backed them would have had sizable odds. Manning would ultimately carry Kansas to the championship, with Kansas winning 83-79. Manning was instrumental, scoring 31 points, 18 rebounds and 5 steals. It was one of the best finals performances of any tournament. That year, Manning entered the 1988 NBA Draft. He was selected first, overall, by the LA Clippers. Kansas would wait 20 years, till 2008, for their next college championship. This season, there are low college basketball odds on them securing their fourth overall championship. 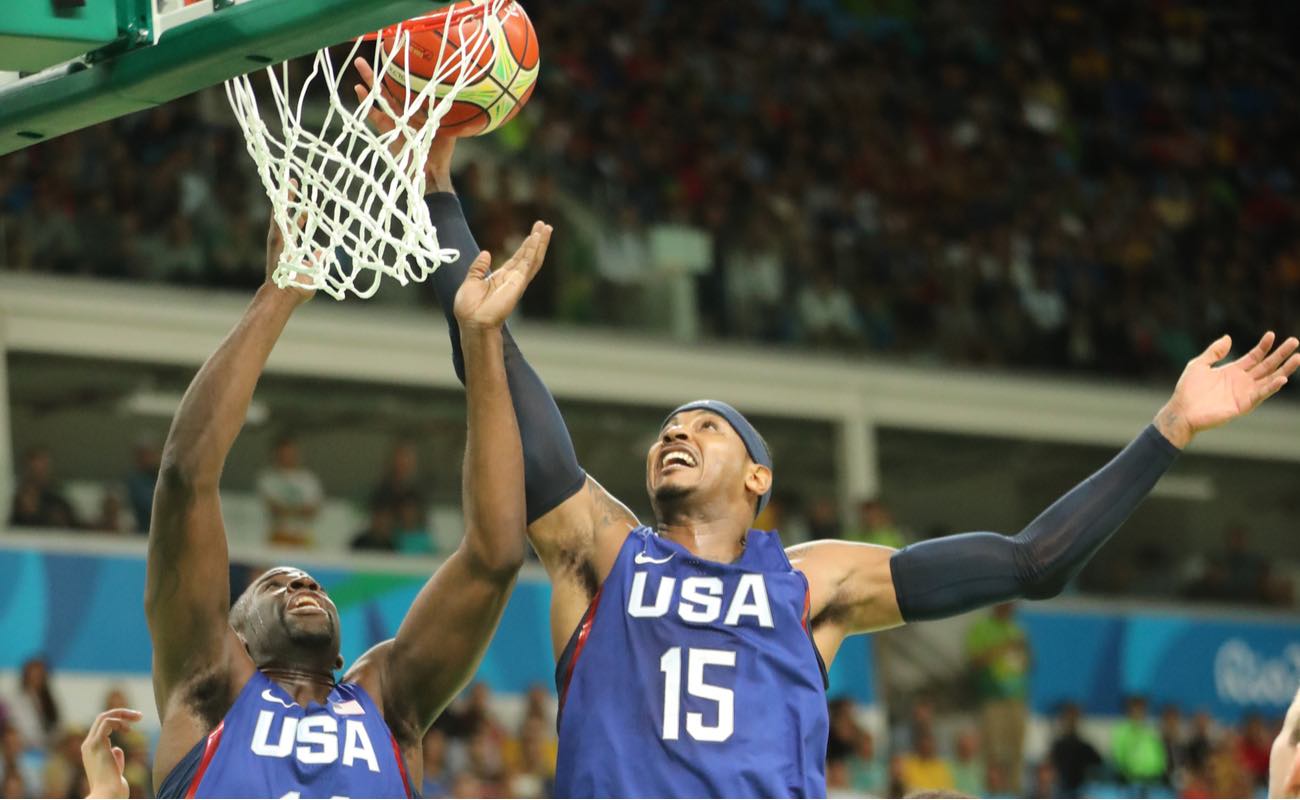 Carmelo Anthony is a ten-time NBA All-Star who is still currently playing in the NBA. He also played in a record four Olympic Games, and is currently the USA’s all-time Olympic leader in points scored, games played and rebounds made. While he hasn’t managed to win an NBA championship, he is widely respected as one of the best of his generation of players. This respect seeded from his solitary season at Syracuse. Anthony almost single-handedly won the 2003 college championship for Syracuse. His stand out performance came in the semi-finals against Texas on 5 April 2003. Texas were tournament favourites and the team to beat. Syracuse, on the other hand, were a #3 seed from East regional. Anthony played a flawless game. He scored 33 points and 14 rebounds. Texas had no answer, and Syracuse won the game 95-84. In the final, Syracuse beat 81-78, with Anthony once again recording a double-double. Anthony was selected as the Most Outstanding Player and entered the 2003 NBA Draft as a one-and-done. Anthony was a first-round pick, third overall. Syracuse hasn't won a tournament since.

This list contains some great players who went on to become household names. There have been some exceptional performances that are worth a mention, too. They include Kemba Walker leading UConn to the title in 2011, Michael Jordan’s 1982 game-winner against Georgetown and the famous clutch shot by Christian Laettner in 1992. The tournament has always been high on quality and individual brilliance. In hindsight, it seems easy to predict that the players mentioned would be match-winners. But, at the time, it involved research and match analysis. For sports betting enthusiasts, college basketball teams bring a great measure of skill and uncertainty. Making the right college basketball picks is not a simple task. It involves weighing up their regular season form as well as doing an analysis of the game-changing players of either side. Only then can you truly determine if the college basketball odds for a team are good value. At the end of the day, it can all come down to one player’s brilliance to change a result.