Atlanta Open Tennis Draw: My 4 Best Tennis Bets From Round 1 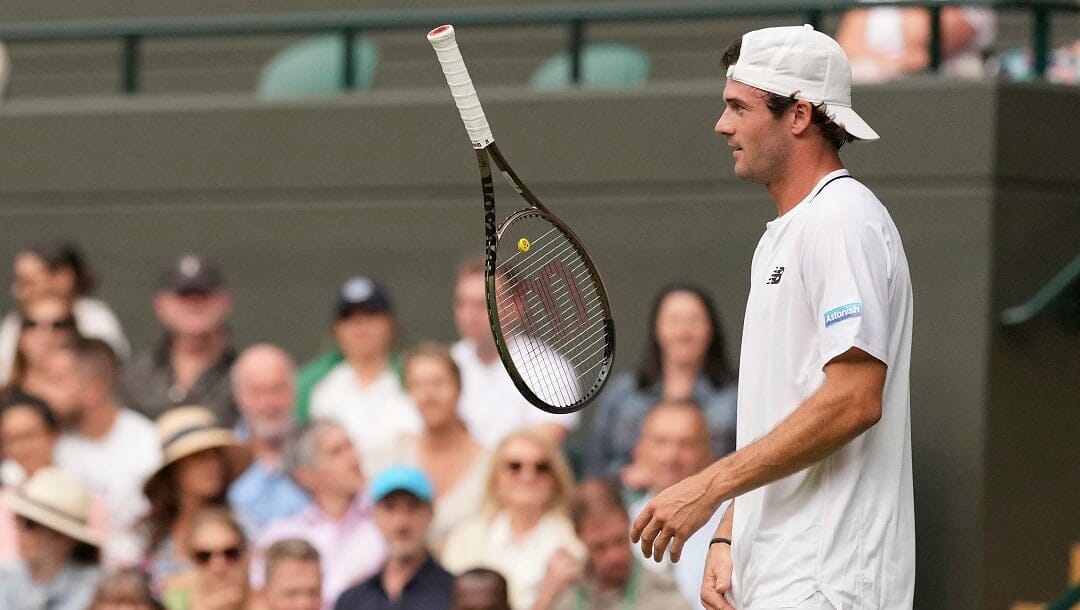 There’s still a month of tennis action before the online sports betting world turns its attention to the US Open.

We are starting to see some news on the final major tennis tournament of the year, but until then, I’m locked into some other tour events. There are plenty of good tennis odds in many of these smaller tournaments.

One of those draws is this week’s 2022 Atlanta Open. Tennis has returned to the states, and I am grateful.

Sunday night, I dove into some of the numbers on the early matches in the Atlanta Open Draw. Here are some of the tennis betting positions that I’m recommending as a result.

Neither Brandon Nakashima nor Jordan Thompson has played much memorable tennis this year. Still, both guys are coming off impressive grass seasons that included a win at Wimbledon.

The American will now get another shot at an Aussie, this time on home turf in Atlanta. Nakashima is the No. 8 seed and expected to beat Thompson, who is 4-6 on outdoor hardcourt this year.

A -350 price is far too heavy for me to get involved with Nakashima in this spot, but I am very interested in betting the total games prop in this match.

Nakashima and Thompson have played three head-to-head matches since the beginning of the 2021 tour, and all three have featured at least one tie break.

Thompson picked up a revenge win earlier this year in Dallas, winning a narrow one, 7-5, 7-6.

Give me Over 21.5 games here with high confidence.

Earlier this year, I recorded a long tennis betting episode of The Lion’s Edge about how the tennis odds market is often unnecessarily captivated by the ATP or WTA rankings.

Ivashka’s price here is a perfect example of this. He has played exactly one outdoor hardcourt game this year, and it was back in February against Soon-Woo Kwon (Rk 76). He lost, by the way. 3-6, 2-6.

Halys, meanwhile, has played 35 games on hardcourt this year, between indoor and outdoor tournaments. He enters the Atlanta Open draw with the highest ATP ranking of his professional career. He’s on a roll.

Still, Halys is priced as a dog for two big reasons. The first (and most significant, in the eyes of the market) is that he has a lower ranking than Ivashka. As I said, the market pays outsized attention to this.

The second is that Halys is more of a challenger player who sometimes jumps up for tour events. With Halys playing well, though, I expect this to change in the immediate future.

Ivashka has the higher rank, but Halys has the better form. In tennis, only one of those things actually matters.

This is a bad number. Tommy Paul is fresh off a fourth-round Wimbledon run and is coming home to the states, where he’s 8-4 this year. He’s also 14-7 on hardcourt this year – his best surface.

His opponent, Jack Sock, is also coming off a nice grass season. But Sock is almost 30 years old, and his career has been sliding since 2017, the last year he posted good numbers on hardcourt.

The Atlanta Open tennis surface is hardcourt – as with most of the major tournaments in the US – but the market doesn’t seem to be taking this into account. Hardcourt should be a big advantage for Paul.

Paul is -175, which carries a 63.6% implied win probability. Given his advantage, I would say that alone is a good number worth betting.

However, I’m going to press the advantage in this spot and make some more aggressive bets. I’m looking at Paul on the -2.5 (-105) game line at BetMGM online sportsbook.

I’m also looking at Paul to win in straight sets, which gives us a nice return at +140.