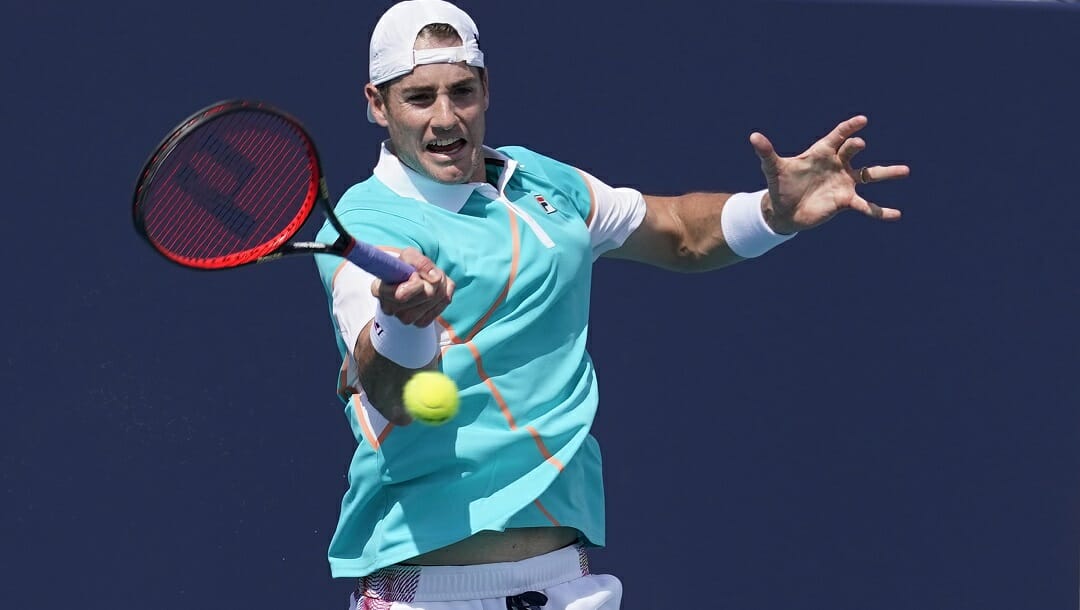 May is a month of high-profile NBA spreads, but don’t sleep on clay season. The men’s tour is only a couple weeks away from its clay culmination: two full weeks of French Open odds at Roland Garros.

For now, though, there are plenty of ATP tennis scores to keep us busy. This week is the beginning of the ATP 1000 Masters tournament in Madrid, which is one of the biggest non-major tournaments of the year.

The draw includes Novak Djokovic and Rafael Nadal – two of the obvious favorites in Paris later this month – as well as in-form tour contenders like No. 2 Alexander Zverev and No. 7 Carlos Alcaraz.

After capping many of the second-round matches that are on the horizon for Wednesday, I’ve got a strong tennis betting opportunity to recommend. And with 65 percent of my tracked ATP picks hitting on the Action App for +61 units… you might want to get in on this. (Or, at the very least, consider giving me a follow.)

Cameron Norrie is in the midst of a career-best period. He’s been the No. 1 British player for seven months now, sporting a top-20 ATP ranking the whole time. He’s currently No. 11 in the world; a strong finish to clay season could propel him to his first-ever top-10 ranking.

The problem is that Norrie isn’t necessarily known as a great clay player. Norrie dominated the post-Aussie hardcourt schedule this year, taking the trophy at Delray Beach and winning at least two matches at Acapulco, Indian Wells and Miami.

On clay, Norrie was just 2-2 this season entering the Madrid draw.

Isner offers a completely different profile. The 37-year-old American has likely left his best tennis in the past, but the elder statesman is just a win or two away from returning to the top-20 for the first time since the opening weeks of 2020.

Isner is surging right now for the same reason he does virtually every spring: he’s a massive human being with a huge serve that is better suited to clay’s slower play speed.

Isner is 6’10” and 240 pounds, which means he mashes a hyper-powerful serve into play, then lumbers around throughout the rest of the point. On hardcourt, the faster pace of play allows opponents to run the older, slower Isner around; however, on the slower clay, Isner has more time to maneuver.

Court influence explains why Isner was 4-7 on hardcourt this winter but is now 4-1 on clay over the last month.

Norrie is a talented, in-form player and a rightful favorite in this match; in fact, the marketplace would likely price a lower-ranked player as old as Isner to be an even bigger underdog than he currently is. After all, these players just played in Mexico about 10 weeks ago, where Norrie won 6-7, 6-3, 6-4. Norrie was a -170 favorite in that match.

There’s a good reason Isner is expected to be more competitive. Count on Isner to cash in on the upset opportunity en route to his return to the top-20. Norrie’s modest price as a seeded, higher-ranked player is very noticeable.

I would also consider betting online on an additional position: Isner to win 2-1 (+360). In the four career matches between Norrie and Isner, three of them went to a deciding set. That includes both of Isner’s two head-to-head wins.

At the online sportsbook, tennis odds are available for thousands of matches each year.

Whether you want to bet on Rafael Nadal in the French Open, Iga Swiatek at the U.S. Open, or any other player, there’s no shortage of tennis betting opportunities at BetMGM.