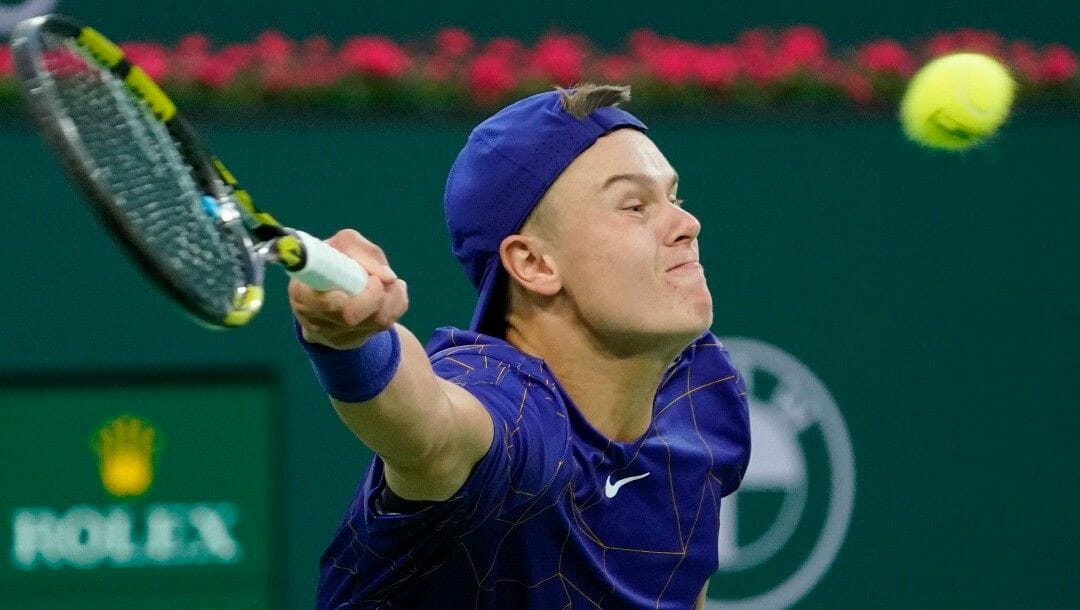 Somewhere between all that basketball and baseball is me, standing in the corner, constantly yelling at people not to forget about all these lucrative tennis betting opportunities.

With ATP 1000 tournaments at Indian Wells and Miami now firmly behind us, we have entered clay season. It’s a magical time of year where the sun is shining, vacation details are being finalized and Italian guys you’ve never heard of have strangely favorable tennis odds.

Clay season is responsible for at least one of those things.

With tournaments in Charleston and Houston now complete, the ATP and WTA tours now shift back to Europe, where a series of high-profile tournaments will lead the run-up to this year’s French Open draw.

This week, while the women’s tour is idle, the men will meet in Monaco for one of the biggest non-major tournaments of the year.

The Monte Carlo Masters 1000 is the first big clay tournament of the year, which means it will feature a big draw with many of the major names in men’s tennis betting.

Rafael Nadal, sometimes dubbed the Master of Monte Carlo during this part of the calendar, will miss this year’s draw after suffering what appears to be a stress rib fracture at Indian Wells last month. No. 2 Daniil Medvedev and No. 6 Matteo Berrettini are also recovering from injuries.

The field does include Novak Djokovic, Alexander Zverev, the in-form Indian Wells champ Taylor Fritz, and many more top players.

None of them feature today’s featured handicap, though, as I highlight one of the top plays of the early draw from Tuesday’s schedule.

Holger Rune is a Danish teenager – he turns 19 at the end of this month – who ranks just inside the ATP top 80.

Aslan Karatsev is a talented Russian who had a breakthrough campaign in early 2021 and has spent most of the last year inside the top 30.

It seems obvious who the favorite should be here, right?

A quick peek at this week’s tennis odds might surprise you.

Despite ranking, experience, and qualifier status, Holger Rune has been priced as a -150 favorite in this first-round matchup scheduled for Tuesday morning.

If you’re making the case for Karatsev, you can even throw in a head-to-head matchup in Marseille, played just two months ago, where Karatsev won 6-3, 7-6.

So why on Earth is Rune favored?

It’s cases like this where it’s important to remember what separates professional bettors from casual ones. Pros know that the price is always the ultimate starting and ending point for effective handicaps.

In other words, understanding that Rune is an unlikely favorite on paper makes him a compelling sharp position in reality. As the saying goes, Las Vegas didn’t build all those shiny buildings by hanging bad lines.

Form does look to be at the center of this evaluation.

Rune retired during his first qualifying match at Indian Wells, taking some time off before dipping down to play an Italian clay tournament on the Challenger Tour. He won the tournament after defeating Francesco Passaro (Rk. 493) 6-1, 2-6, 6-4.

Over the weekend, Rune dispatched Radu Albot (Rk. 118) and Maxime Cressy (Rk. 69) in the Monte Carlo qualifying bracket to work his way into the main draw. He’s ready to play on clay.

Contrast that against Karatsev, who’s 2-6 since the Australian Open with multiple sub-100 losses and hasn’t played any clay tennis since 2021.

Regardless of whether it’s a commentary on current form or not, it’s important to take note any time a lesser-ranked qualifier is a favorite over a top-30 player. This is the sort of cap that separates the sharps from the squares.

Neither of these guys are likely to be a major factor when it’s time to dive into French Open odds, but it is worth paying a little extra attention, now that clay season is here.