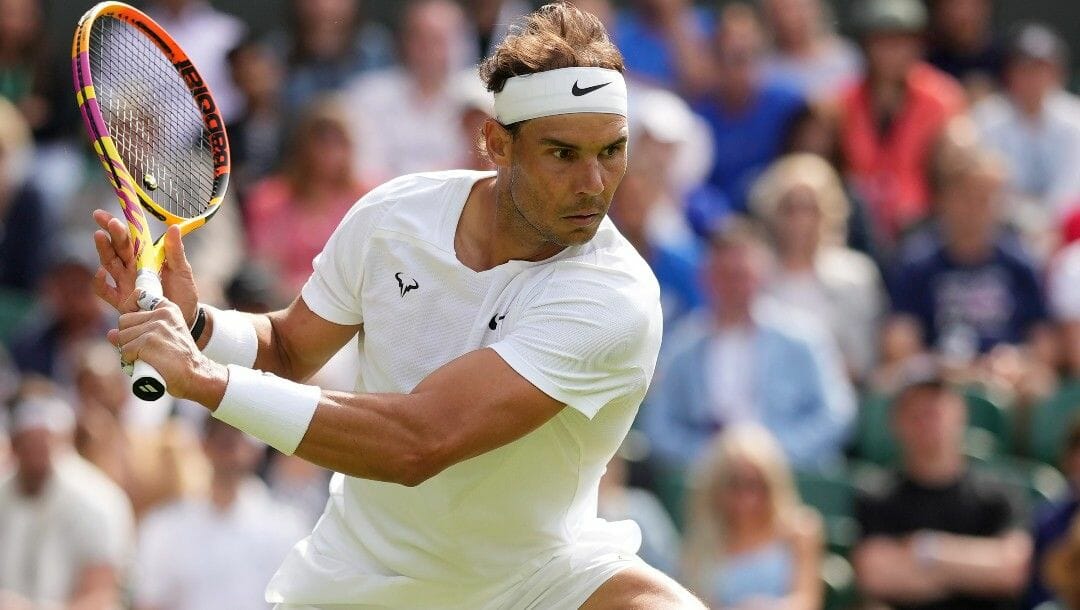 The US Open is just over six weeks away, and, while locking your pick in early can provide optimal value, it’s crucial to have all the facts to nullify the possibility of future regret.

While US Open betting odds are likely to fluctuate in the weeks leading up to the showcase event, the current favorites won’t change drastically unless individuals are forced to withdraw.

As it stands, Wimbledon winner Novak Djokovic is yet again the favorite (+100), while Matteo Berrettini, sitting at +700, is the second favorite. Rafael Nadal, +750, Daniil Medvedev, +800, and Carlos Alcaraz, +900, round out the top five.

Let’s look at some of the best US Open bets and the top five favorites’ chances of winning the fourth and final Grand Slam of the year, which takes place from Aug. 29-Sept. 11 at Flushing Meadows.

The world No. 3 and Wimbledon champion based purely on talent, form and experience is irrefutably the lead horse rolling into Flushing Meadows. However, be extremely careful about locking him in to win his fourth US Open.

The United States government, akin to Australia, has a strict, no-exceptions policy regarding foreigners who aren’t vaccinated against COVID-19. Unless that policy changes, Djokovic will not be permitted entry into the U.S., and thus, he cannot participate in the US Open.

Time is still on the Serb’s side. However, he is steadfast in not getting the jab. Unless the U.S. government changes its policy or Djokovic is provided a rare exception – which is a possibility – he will not be permitted to showcase his talent in New York.

Australia famously deported Djokovic after refusing to grant an exception, a ruling that went to the highest courts.

For now and until the situation becomes more clear, avoid backing the 21-time Grand Slam champion. The good news is even if he is granted permission to play, his +100 odds won’t change much.

After not being able to compete at Wimbledon after testing positive for COVID-19, the massive-hitting Italian is chomping at the bit to hit the courts at the Billie Jean King National Tennis Center. The world No. 15 is searching for his first major trophy, and the US Open’s hard courts offer the perfect catalyst for his powerful, aggressive brand of tennis.

Reinforced by a mammoth serve, his ability to whack the ball powerfully and accurately from the backcourt places him as the second favorite despite being the 15th-ranked player. This will be his fifth US Open, only one of which ended in the first round. Last year he lost in the quarterfinal to Djokovic, who also beat him in the 2021 Wimbledon final.

In 2019, Berrettini enjoyed his best result at Flushing Meadows, a semifinal berth. So feel confident about backing the Italian to win it all.

The same skepticism that follows Djokovic, but for entirely different reasons, lurks closely behind Nadal. The Spaniard was dominating at Wimbledon before pulling out of the semifinal due to a torn abdomen muscle.

To recover fully from a minor tear and return to top physical condition can take up to eight weeks.

If I’m not bundling my simple arithmetic, that leaves no margin for error. Even if Nadal recovers from his latest injury, will the rest of his body – including a recurring foot injury – hold up on the unforgivingly hard surface at Flushing Meadows?

Nadal also suffered a rib injury before the French Open. While that rib injury might not be correlated to the muscle tear he suffered at Wimbledon, it’s by no means far-fetched to think one affected the other.

Even if there was no connection, his latest injury reinforces that Nadal’s body can no longer hold up to the rigors of the tour. If he does recover, he’ll almost invariably be forced to play the US Open without the benefit of any preparatory tournaments.

Though tempting to have blind faith in his superhero-like resilience and otherworldly ability to overcome the odds, resist the urge to back Nadal on this occasion.

World No. 1 Daniil Medvedev returns to play in the final Grand Slam of the season after Wimbledon prohibited every Russian from playing.

Medvedev is the defending US Open champion after beating Djokovic in the 2021 final in straight sets (6-4, 6-4, 6-4). The Russian’s only Grand Slam victory unsurprisingly came on his favorite surface.

Twelve of his 13 titles occurred on hard court, highlighting his penchant and inarguable ability on the surface. At +800, Medvedev offers excellent value. Standing at 6-foot-6, Medvedev is a towering and formidable presence. His lanky frame and athletic prowess perfectly suit the surface.

He’ll also have the added motivation of being snubbed at Wimbledon to spur him on. So backing Medvedev, based on the circumstances and inordinately high current value, is the recommended wager.

Carlos Alcaraz, still only 19 years old, is one of the most exciting players in tennis. He will win a Grand Slam, probably quite a few, an outcome reserved for the future and not the forthcoming US Open.

Alcaraz has won five titles, four of which in the current year. However, four of those titles occurred on clay and only one on hard court.

Don’t let that deter you if you’re adamant about backing the Spaniard to win the US Open. He is an impressive 12-2 on hard court this season and, with an 8-3 record against top 10 opponents, performs exceptionally well against the very best.

After considering all of those superlatives, take note of his performance in three previous majors this year. He was knocked out in the third round in Melbourne, the quarterfinals at Roland Garros (by far his best surface), and the fourth round at Wimbledon.

Additionally, the 2022 US Open marks just his second appearance at Flushing Meadows. He made it to the quarterfinal of last year’s tournament, which, along with his appearance in the final eight at French Open, is still his best result at a major.