US Open Predictions: Best Round 4 Bets on Monday 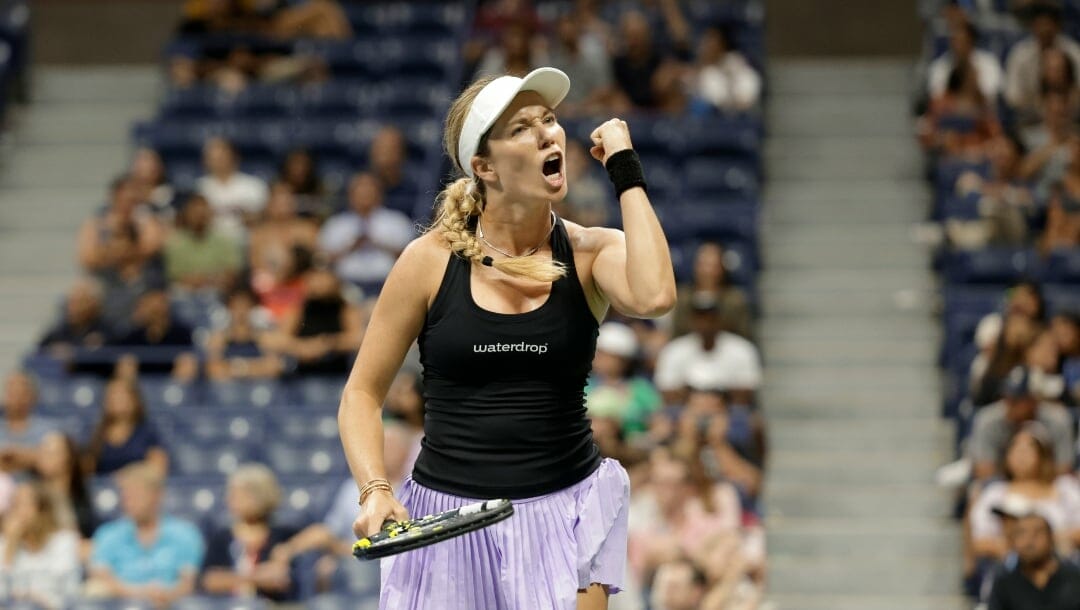 Only two of the 16 players competing in Monday’s Round 4 action at the US Open are unseeded, promising an electrifying and tightly contested day of tennis.

US Open Round 3 Update

Frances Tiafoe and Illya Ivashka were the only lower-seeded players on the men’s side of the draw to triumph on Saturday.

Tiafoe, who has +6600 US Open tennis odds to win the US Open, prevailed in straight sets over 14th-seed Diego Schwartzman, while unseeded Ivashka beat Lorenzo Musetti in four sets.

It was a similar story on the women’s side of the draw, with 108th-ranked Jule Niemeier and 22nd-seed Karolina Pliskova the only lower-seeded players to advance.

While a few fourth-round contests still have heavy favorites, most matches, particularly on the women’s side, are parity-laden. To take advantage of these US Open tennis betting opportunities, you want to feel comfortable about how to bet on tennis.

US Open: Men’s Round 4 Predictions

Seventh-seed Norrie faces ninth-seed Rublev in what should be an epic, tightly contested battle. Norrie is rounding into top form and hasn’t dropped a set yet. He advanced to the semifinal of Wimbledon, the first time the Brit made it to that stage of a Grand Slam.

Norrie is in the midst of his best US Open run. The British No. 1 hadn’t made it past the third round in five previous attempts. He also advanced to the semifinal of the Cincinnati Open and the final of the Los Cabos Open.

Norrie has won 70% of his hardcourt matches this season, an almost 12% improvement over his career average.

Norrie and Rublev have met twice before, both on hardcourt, with each player winning one. Rublev has been forced to do things the hard way to Monday’s fourth-round contest.

The Russian won the first-round match in five sets over Laslo Dere and prevailed in another five-set thriller against Canadian Denis Shapovalov in the third round.

The 24-year-old Russian has qualified for the quarterfinals in two of his previous six US Open appearances and saves his best tennis for Flushing Meadows. He has already won three titles this season and is playing well on hardcourt, winning 72% of his 2022 contests.

Norrie’s comparatively easy passage to the fourth round will help him outlast Rublev, who must feel the effects after two grueling five-set matches.

US Open: Women’s Round 4 Predictions

Danielle Collins hasn’t dropped a set in three matches. The 19th-seeded American is playing an elite level of tennis reminiscent of her Australian Open run earlier in the year.

She dispatched two-time US Open winner Naomi Osaka in the first round. Then, she followed up that performance with an unblemished straight sets victory over giant killer Alize Cornet in the third round.

Collins had previously struggled at the US Open, failing to make it to the fourth round in six appearances.

That poor record, however, is a thing of the past. Instead, Collins is playing a ferocious brand of aggressive tennis, unbothered about the prospect of hitting unforced errors.

However, she will have her work cut out against sixth-seed Sabalenka, who has beaten Collins in all three previous head-to-head matches.

Two of those three Sabalenka wins occurred at Flushing Meadows in 2018 and 2021. Sabalenka made it to the 2021 US Open semifinal and will be looking to advance past the fourth round for the second time in four previous appearances.

While Sabalenka is the clear favorite, Collins’ play has inspired belief across New York. An upset is in the offing if she continues hitting with the confidence, accuracy, and assertiveness she has in her first three matches.