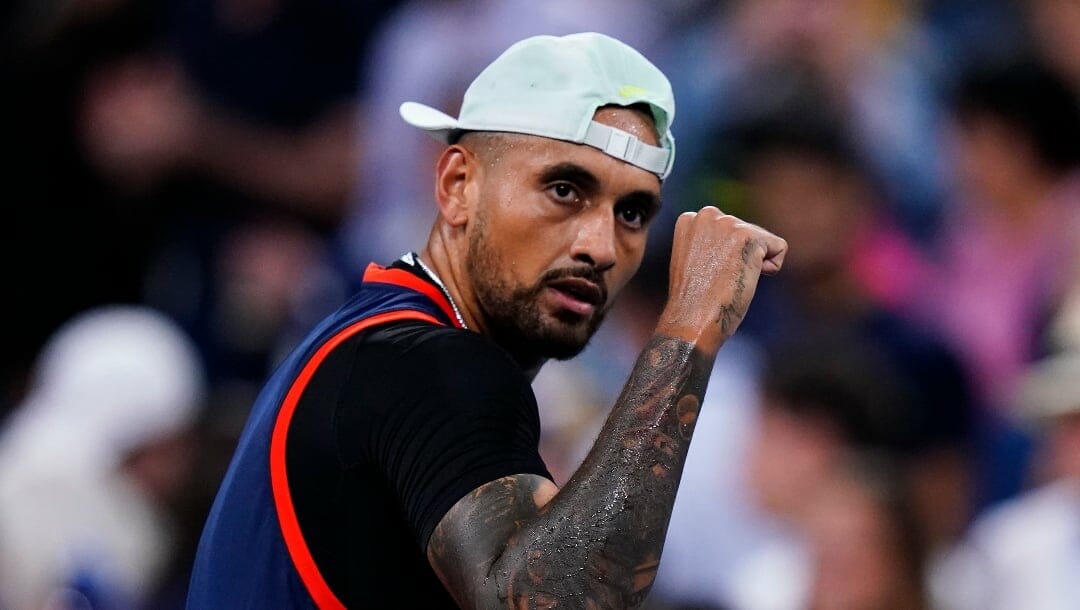 Four players vying for their first US Open title are set to battle in Tuesday’s quarterfinal action.

According to US Open tennis odds, Nick Kyrgios, after comprehensively dispatching world No. 1 Daniil Medvedev, is the new favorite (+200) to win the championship.

Of course, those odds will alter if Rafael Nadal and Carlos Alcaraz win their fourth-round matches later on Monday.

Kyrgios has a showdown with Karen Khachanov to look forward to. The Australian is the heavy favorite to advance, with the Russian pegged as the fourth least likely to win the title (+3300).

You can also learn how to bet on tennis before locking in your quarterfinal picks.

A place in the US Open semifinal on the line as Berrettini and Ruud meet for the sixth time. Only one of their previous five encounters took place on hardcourt, which Berrettini took in straight sets.

Ruud won three of the other four, all of which were on clay. Ruud is a clay-court specialist and made it to the 2022 French Open final, where he fell to Nadal. Eight of Ruud’s nine titles were won on clay, with his only hardcourt title coming last year in San Diego.

This is the first time in four previous appearances the Norwegian has advanced past the third round at the US Open. He made it to the fourth round of the 2021 Australian Open; the other major played on hardcourt.

Ruud hasn’t appeared uncertain or uncomfortable in the current run. While he has a comparatively mediocre 56% winning rate on hardcourt, Ruud has made giant strides in the current season, winning almost 70% on the surface.

Ruud is 2-3 versus top-10 opponents this year, while Berrettini is winless in three attempts against elite opposition. Ruud, the world No. 7, is also in better form, making it to the semifinal of the Canadian Open and beating Berrettini in the final of the Swiss Open in the preceding tournament.

However, Berrettini has played well at the US Open despite his record of no hardcourt titles. The world No. 14 advanced to the 2019 semifinal and progressed to last year’s quarterfinal. His US Open success will provide a marginal advantage in Tuesday’s otherwise even clash.

Kyrgios dismantled Medvedev in the Round of 16, providing more than enough evidence to show he’s ready to win his first major. However, the enigmatic Australian has much work to do before that occurs.

Kyrgios outplayed the world’s best player on Sunday night with relative ease. He all but capitulated after conceding an early break in the second set. Who knows what may have happened had Kyrgios battled for every point in the only set he lost.

Kyrgios’ world No. 25 doesn’t do the level he’s currently playing at justice. He earned no ranking points for making the Wimbledon final and should be a top-10 player.

His serve is almost unreturnable, and he is making intelligent, composed decisions that used to escape him consistently.

Khachanov and Kyrgios have met twice before, both of which on hardcourt. Kyrgios won in five sets at the 2020 Australian Open, while Khachanov triumphed in three sets at the Cincinnati Open in 2019.

Khachanov didn’t make it past the third round in six previous US Open appearances.

He hasn’t won a title since 2018 and has a middling 56% all-time hardcourt record. However, all of his four titles occurred on hardcourt.

Unfortunately for Khachanov, he’s running into Kyrgios at the Aussie’s emphatic and nigh-unbeatable peak.

Men’s US Open Odds at BetMGM

BetMGM is the premier online sportsbook for US Open betting.

Throughout the tournament, you can view updated men’s US Open odds for Novak Djokovic, Daniil Medvedev, Rafael Nadal, and other players as they compete in Flushing Meadows. And with live sports betting, there’s never a break in the action; you can place live bets during each match.

Check out BetMGM during this year’s US Open to get closer to the action!