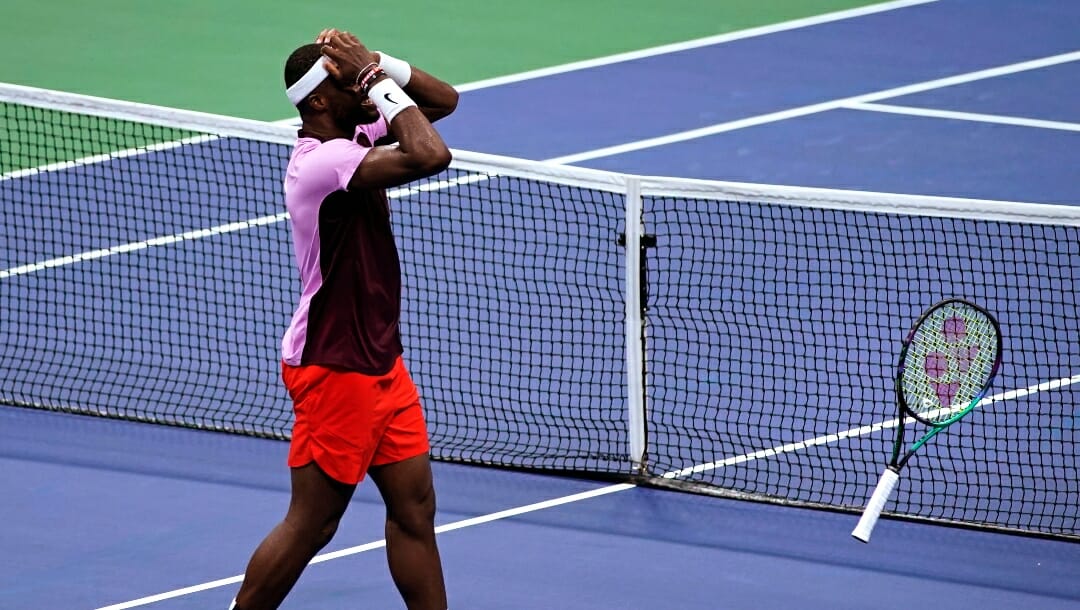 The US Open will have a first-time winner on the men’s side after Rafael Nadal lost in the fourth round, so which of Wednesday’s quarterfinalists have what it takes to rise to the occasion?

According to US Open tennis odds, Nick Kyrgios retains his spot as the favorite (+140). Wednesday’s quarterfinals include the second, third, fourth, and joint-fifth favorites.

You can learn more about how to bet on tennis before locking in your quarterfinal picks.

One of the most anticipated quarterfinals sees the No. 11 seed Sinner face No. 3 Alcaraz. The two quarterfinalists know each other very well, having played each other twice in previous months, once at Wimbledon and once at the Croatia Open final.

Sinner won both matches and was full value in each decision. Sinner won in four sets at Wimbledon, while the Croatia Open final went the distance. While Sinner has the recent edge, Alcaraz won the two previous battles.

Alcaraz won the only hardcourt meeting between the two, which took place at an indoor tournament in Paris last year.

The Spaniard advanced to the quarterfinal in his first appearance at Flushing Meadows last year but was forced to withdraw against Felix Auger-Aliassime, ending his dream of winning his inaugural US Open.

The 19-year-old reached the 2022 French Open quarterfinal, making three quarterfinal appearances in his five most recent majors. He has already won four titles this year, one on hardcourt.

Sinner battled through two five-set marathons en route to the quarterfinal, including his Round of 16 victory over Ilya Ivashka. The Italian has qualified for three of four previous Grand Slam quarterfinals, including at the Australian Open and Wimbledon.

Alcaraz is the most highly touted player on tour. With the big three out of contention, this US Open provides Alcaraz the perfect platform to announce himself on the grandest stage. Expect him to rise to the occasion and beat Sinner for the first time in three head-to-head encounters.

You can’t get a closer matchup regarding US Open tennis odds, as Rublev and Tiafoe meet for the third time. The Russian and American split the first two matches, with Rublev winning in five sets at last year’s US Open.

Both players love the hard courts of Flushing Meadows. This will be Rublev’s third US Open quarterfinal, while Tiafoe is making his first appearance in the final eight. However, Tiafoe qualified for the fourth round in 2021 and 2020.

Tiafoe is riding high after beating Nadal in four sets and has homecourt advantage. While Rublev has played some inspired tennis, including a straight-set fourth-round victory over Cam Norrie, Tiafoe should be able to use the victory over Nadal as a platform to ascend further.

Look for Tiafoe to pull off the ever-so marginal upset in a match that should go the distance.