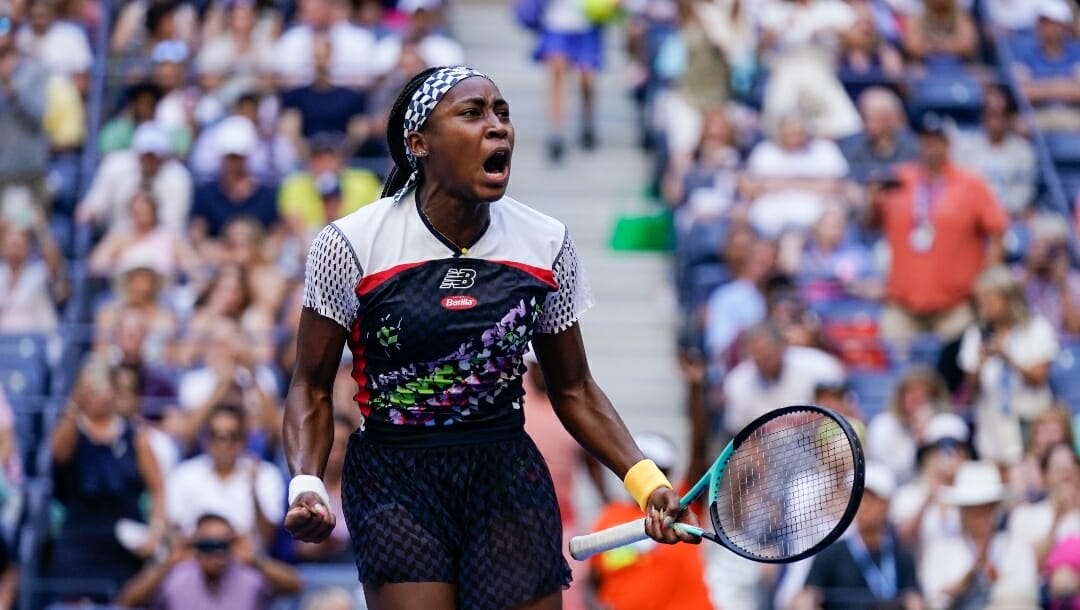 Four of the final eight combatants on the women’s side of the draw have been decided, as three of the top favorites battle on Tuesday for a place in the US Open semifinal.

Jabeur, at least on paper, gets the slightly more manageable task of playing unseeded Ajla Tomljanovic, who beat Serena Williams in the third round.

Gauff is clearly ready to progress to the next level in her burgeoning career. She has superstar qualities and, even at 18, is already being compared to a young Serena Williams.

Gauff advanced to her first US Open quarterfinal by beating Zhang Shuai in the Round of 16 (7-5, 7-5). She was the runner-up at the French Open and looks to do one better at Flushing Meadows.

Gauff hasn’t dropped a set in four matches thus far. However, 20th-seeded Madison Keys was the only ranked player in her way.

The teenager is the hometown hero and is playing fearlessly. However, she’ll need every ounce of confidence, bravado, and support against Garcia, who has won 17 of her previous 18 matches.

Garcia dispatched three top 10 players (Maria Sakkar, Aryna Sabalenka, Jessica Pegula) en route to her Cincinnati Open title. That was her third title of the year but her first on hardcourt. She has won 29 matches since Wimbledon, the most on tour.

Like Gauff, Garcia hasn’t dropped a set at the US Open. She, too, has played only one seeded player. However, Garcia swept past unseeded 2019 US Open champion Bianca Andreescu in the third round (6-3, 6-2).

Gauff won both previous head-to-head contests on hardcourt in 2021, but Garcia is a player transformed since those encounters. She is playing an entirely new brand of exuberant tennis, unfettered, free, and devoid of the self-deprecating behavior that has plagued her in the past.

Look for Garcia to overcome Gauff in three exhilarating sets.

Jabeur beat Veronika Kudermetova for the first time in four tries for the right to play Tomljanovic in Tuesday’s quarterfinal. The Wimbledon runner-up is desperate to win her first major, with her recent play proof of that thirst.

Jabeur dropped a set to Shelby Rogers in the third round but has been otherwise invincible. She has also beaten Tomljanovic in both previous head-to-head encounters. However, both of those contests were on clay.

Aside from Swiatek and potentially Garcia, Jabeur is the 2022 in-form player. She has won two titles but is still searching for her first hardcourt triumph of the season.

She is as confident as any player on tour at the moment. The Australian vanquished Williams in the third round and followed up that performance by sweeping aside one of the in-form players on tour, Ludmilla Samsonova.

Tomljanovic’s achilles heel has, previous to the US Open, been her serve. That hasn’t been the case thus far.

The quarterfinals is the furthest Tomljanovic has advanced at the US Open in eight previous appearances. She also made it to the Wimbledon quarterfinal, where she lost to eventual champion Elena Rybakina.

However, Jabeur has too many weapons for Tomljanovic. She is one of the best returners of serve, which will prove problematic for the Australian.

Look for Jabeur to advance in three sets.

BetMGM is the premier online sportsbook for tennis betting, especially during Grand Slam tournaments like the US Open.

While you’re watching Stefanos Tsitsipas’ semifinal match on TV, streaming an Iga Świątek-Serena Williams match on your computer, or tracking scores on your phone, you can bet on tennis odds. And with live sports betting, there’s never a break in the action; you can place live bets during each match.

Visit the sportsbook today for all online sports betting opportunities for the US Open!