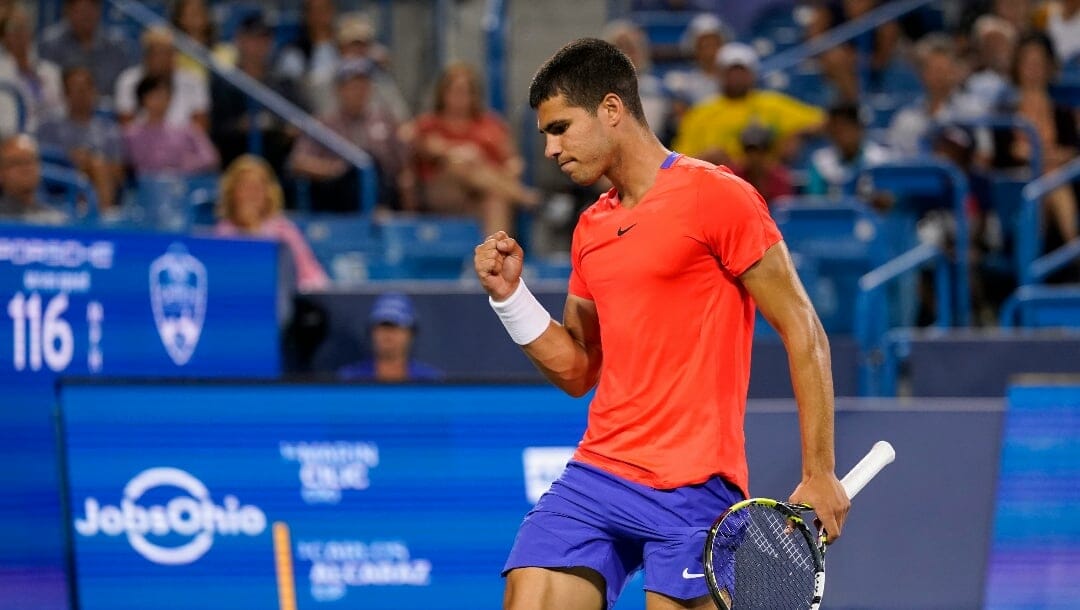 The wait for US Open 2022 is almost over, and the men’s side of the draw is as strong as it is wide open, with several top contenders most likely to win the season’s final major.

US Open tennis odds shouldn’t fluctuate too much between now and the start of the tournament.

Alexander Zverev lost the race against time and will not play in the US Open after sustaining a severe ankle injury during the French Open semifinal.

The Novak Djokovic vaccination saga has ended predictably, with the 21-time Grand Slam winner prohibited from competing. As a result, the Serb will miss another chance to equal Rafael Nadal’s 22 major trophies.

The first round draw, including the bracket, is set, so let’s delve into some of the best bets with another pulsating fortnight from Flushing Meadows on tap.

The world No. 1 can become the first back-to-back US Open winner since Roger Federer won five in a row from 2004-09. With Djokovic’s absence and uncertainty surrounding Rafael Nadal’s fitness, Medvedev may never have a better opportunity.

He is outstanding on hardcourt, winning 74 percent of matches on the surface. The 26-year-old came close to winning the Cincinnati Open, losing in the semifinal to Stefanos Tsitsipas.

He recently won the Los Cabos Open and has appeared in three finals since early summer. If all goes according to plan, Medvedev will run into Nick Kyrgios in the fourth round, an intriguing possibility.

Nobody really knows how healthy the legendary Spaniard is going into the US Open. He has played just one match, which he lost, since tearing an abdominal muscle at Wimbledon.

However, Nadal has ceaselessly shown his irrepressible fighting spirit over the years. There’s nothing the 36-year-old cannot overcome, so don’t be surprised to see another deep run from the indomitable Spaniard.

He has a comparatively straightforward path to the quarterfinals, where he should meet either Cam Norrie or Andrey Rublev.

The 19-year-old Spaniard is on the cusp of accomplishing something memorable at a major. He hasn’t made it past the quarterfinal of a Grand Slam, a fact with an almost certain contracted expiry date.

However, the preeminent teenager is affronted with a challenging section of the bracket, which includes Cincinnati Open winner Borna Coric, big-hitting Marin Cilic, Jannik Sinner – who beat him at Wimbledon and in the Croatia Open final – Hubert Hurkacz, and Grigor Dimitrov.

Nick Kyrgios is unpredictable as he is talented. Nobody knows what to expect from the mercurial Australian. Nevertheless, he advanced to his first major final at Wimbledon, where he went down in four sets to Djokovic. He extended that glorious fortnight with a title at the Citi Open in early August.

Kyrgios has shown signs of carrying a niggling shoulder injury, but nobody truly knows how severe.

The world no. 26 has a challenging draw and is set to face Medvedev in the fourth round. He shouldn’t have too much trouble beforehand with world No. 18 Roberto Bautista Agut, his prospective third-round opponent.

Tsitsipas has a relatively favorable US Open draw in search of his first major. Only Matteo Berrettini, who hasn’t won a hardcourt tournament, Taylor Fritz, and Casper Ruud, who has just one hardcourt title to his name, stand between him and a quarterfinal berth.

Backing Tsitsipas, even though he’s only played two tournaments since Wimbledon, is one of the best US Open bets. He advanced to the final at the Cincinnati Open, where he lost to Coric, and, despite a palpable lack of tennis, showed no signs of court rust.

Sinner has been waiting in the wings for an opportunity on the grandest stage to showcase his sleek skills. He acquitted himself brilliantly at Wimbledon, making it to the quarterfinal, where he fell to Djokovic in five sets. He followed that performance with a title at the Croatia Open.

Sinner beat Alcaraz in both aforementioned tournaments and is supremely proficient on hardcourt.

However, while he has a phenomenal 71 percent success rate on the surface, Sinner holds a disappointing 3-7 record against top-10 opponents this year. He also has one of the most challenging draws at the Open.

The No. 1 American is quick, agile, and adaptable. He’s also 22-8 on hardcourt this year and has a comparatively easy draw. Fritz almost ousted Nadal at Wimbledon but eventually fell to another heroic performance from the Spaniard.

Fritz made it to the Cincinnati Open quarterfinals before being eliminated by Medvedev. He has a pretty clear path to the fourth round at Flushing Meadows, and anything can happen once you get to that tournament stage, especially on home court.

The 2021 US Open semi-finalist has played some excellent tennis since a disappointing, listless first-round Wimbledon exit. He made it to the semifinal and two quarterfinals in three previous tournaments (Los Cabos Open, Canadian Open, Cincinnati Open).

Suppose he finds his elite serve and is accurate from the baseline with his powerful groundstrokes. In that case, Auger-Aliassime could conceivably look forward to a quarterfinal matchup against either Medvedev or Kyrgios.

However, the Canadian must be at his best and, potentially, has to find a way past Pablo Carreno Busta beforehand.

The No. 1 Brit advanced to the semifinal at Wimbledon, his best result at a major. Then he advanced to the Los Cabos Open final, where he lost to Medvedev. Norrie continued his excellent form at the Cincinnati Open, succumbing to eventual winner Coric in the semifinal.

However, he hasn’t made it past the third round of the US Open in five attempts and is a woeful 3-8 against top-10 players this season. He also has the daunting prospect of meeting Nadal in the quarterfinal.