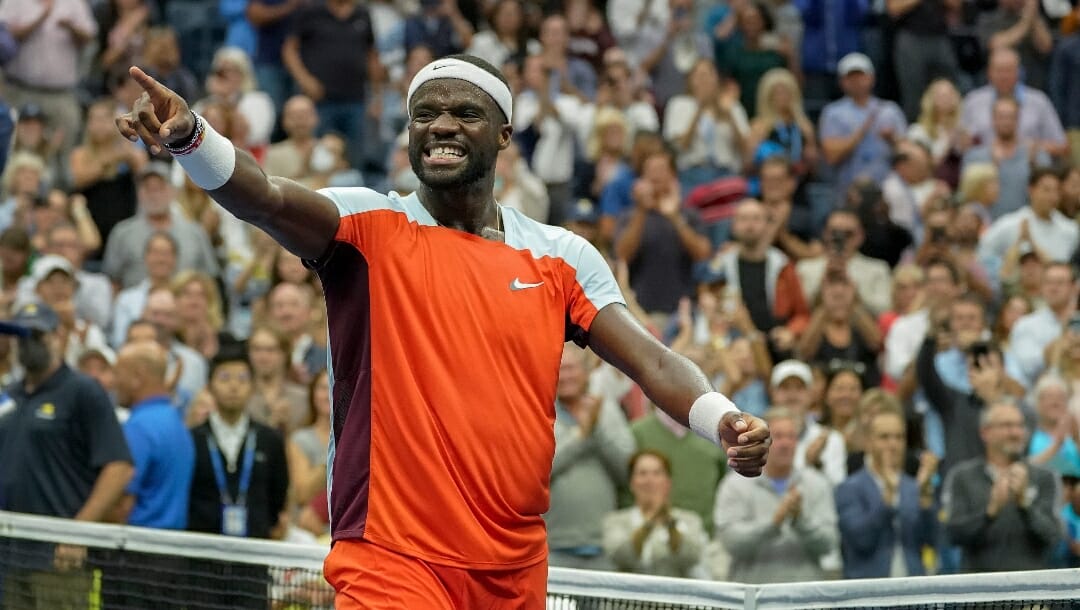 Either Frances Tiafoe or Carlos Alcaraz will appear in their first US Open final after the two battle in Friday’s second semifinal.

US Open tennis odds have favored Alcaraz (+100) since Nick Kyrgios bowed out in the quarterfinal.

Tiafoe enters Friday’s semifinal as the third favorite (+350). Only Karen Khachenov, who faces Casper Ruud in the other semifinal, has longer US Open tennis odds (+600).

Alcaraz was on the cusp of losing to Jannik Sinner for the third time in as many months before turning it around, outlasting the Italian in a marathon five hours and 15-minute quarterfinal.

The match didn’t finish until 2:50 a.m. EST (a record) on Thursday morning and was the second-longest in US Open history.

The same can be said for his opponent, the charismatic, affable, athletic, and highly entertaining Tiafoe.

Apparently, neither does Alcaraz.

While youthful, exuberant, and spry, one has to wonder whether two physically taxing and emotionally draining outings will, even for the irrepressible teenager, be too much to overcome.

Alcaraz has youth on his side, an unparalleled desire, devotion, athleticism, and the momentum of a giant locomotive propelling him forward, so recovering for Friday’s match is by no means an insurmountable task.

However, the Spaniard teen sensation runs into an opponent playing with unrivaled confidence and swagger.

Tiafoe eliminated Rafael Nadal, arguably the world’s greatest tennis player, in four sets in the Round of 16. He followed up that performance with a dominant straight-sets win over world No. 11 and six-time Grand Slam quarterfinalist Andrey Rublev.

It’s not just the victories but how Tiafoe has prevailed. He has showcased an arsenal of weapons, from bombing serves to the deftest drop shots, all within a flash. Tiafoe was perfect on his serve against Rublev, holding in 17 consecutive games.

The domineering 24-year-old has been broken just once in the tournament, a stat highlighting his utter dominance over all five previous opponents.

He also has the benefit of added rest. The only set Tiafoe dropped was against the indomitable Nadal. He demolished Rublev in just over two and a half hours in the afternoon match, giving him even more time to rest up.

Not only is Tiafoe the fresher of the two, but the American also has the advantage of playing in front of his home crowd. Tiafoe is adored in New York and will use the vociferous crowd, as he did in previous rounds, to his advantage.

It appears that he is the sort of character that doesn’t fold under pressure but is galvanized by it. He is looking to become the first American to win a Grand Slam since Andy Roddick won the US Open in 2003.

That heightened expectation and mounting pressure would burden, even crush, some. But Tiafoe is inspired by such moments and seems meant for the limelight.

Tiafoe won the only previous meeting on Alcaraz’s preferred court and in the Spaniard’s backyard, too. His clay-court victory occurred in Barcelona last year.

A lot has happened since, but everything is falling into place for Tiafoe at precisely the right time.