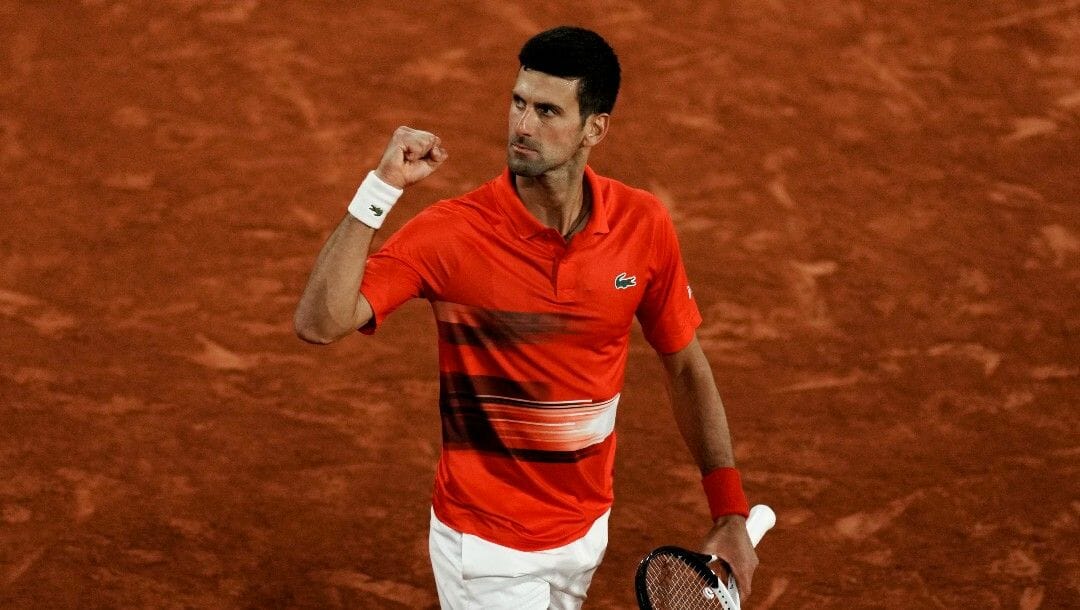 Numerous compelling factors have contributed to Novak Djokovic’s status as Wimbledon’s heavy favorite and bettors are best served to heed them.

Wimbledon odds place Djokovic as the undisputed -120 favorite. In truth, nobody comes close to those astonishingly short odds. The supporting evidence details why the Serbian is expected to earn his seventh Wimbledon title.

Let’s first look at the Rafael Nadal factor. The Spaniard, who miraculously won his 14th French Open title despite battling a debilitating foot injury, is the +600 third favorite for the all-anticipated third major of the year.

Nadal is yet to confirm his status for Wimbledon as of now. His injured foot, which hampered him throughout the odds-defying championship run at Roland Garros, shrouds his chances of appearing at Wimbledon in doubt.

Knowing Nadal’s supernatural resilience and ability to overcome astronomical odds, it’s unlikely he’ll miss out on Wimbledon. So unless Nadal is bedridden and forced into inescapable hospitalization, he will in all likelihood, attend.

While Nadal will most likely play at Wimbledon, winning the tournament, considering the status of his banged-up body, could be a task even too tall for the imperious Spaniard.

Daniil Medvedev, who returned to No. 1 in the world on June 13, won’t attend due to Wimbledon’s decision to ban all Russian players in the wake of the country’s invasion of Ukraine.

World No. 2 Alexander Zverev suffered a devastating ankle injury against Nadal during the French Open semifinal and will miss out on Wimbledon. There’s no update on his timeline to return after undergoing surgery to repair torn ligaments.

Of the top 10 favorites, only Nadal and ninth favorite Andy Murray (+2000) have previously won the tournament.

Two other challengers among the top 10 favorites might cause Djokovic a modicum of concern. They are second favorite Carlos Alcaraz (+500) and fifth favorite Félix Auger-Aliassime (+1100).

After winning four tournaments so far in 2022, Alcaraz has enjoyed a breakout year. Four of his five titles have come in 2022, three on clay courts. Alcaraz advanced to his first grand slam quarterfinal at the French Open but was eliminated by Zverev.

However, for all his future promise, the 19-year-old has played only two matches on grass and is carrying a niggling elbow injury, casting doubt over his Wimbledon status. Nevertheless, even if he does play, his inexperience on grass won’t cause Djokovic any undue stress.

Auger-Aliassime, whose ground strokes pack a real punch, plays aggressively and enjoyed a superb French Open. He was on the cusp of ousting Nadal, but eventually succumbed in a classic five-set marathon. The Canadian’s lack of experience at the business end of majors will lead to his eventual demise.

And then there’s the man himself.

Djokovic hasn’t exactly had things his own way recently. On top of losing his world No. 1 status, the superb Serbian wasn’t able to take part in the grand slam where he’s enjoyed the most success, the Australian Open.

Australia deported him after he arrived in the country illegally, having not been vaccinated against COVID-19. He then lost to arch nemesis Nadal in the French Open quarterfinal.

Djokovic is 16-5 in 2022, a gravely disappointing record for the 20-time grand slam champion. He has decided not to play in a warm-up tournament, instead opting to rest his body and mind in preparation for Wimbledon.

The Serbian is the defending Wimbledon champion and should purposefully stride onto the grass courts well rested and with an unwavering determination to cut the grand-slam gap between him and Nadal in half.

All-time greats have thick skins and an unmatched ability to rebound. Djokovic, like all grand slam tennis champions, learns from past failures and rises in the face of adversity, continually adding more layers to an already elephant-thick skin.

With the Wimbledon field conspicuously weakened due to injury and unforeseen geopolitical factors, Djokovic should have more than enough layers to win his seventh Wimbledon title.