7 Wimbledon Bets I Made This Weekend 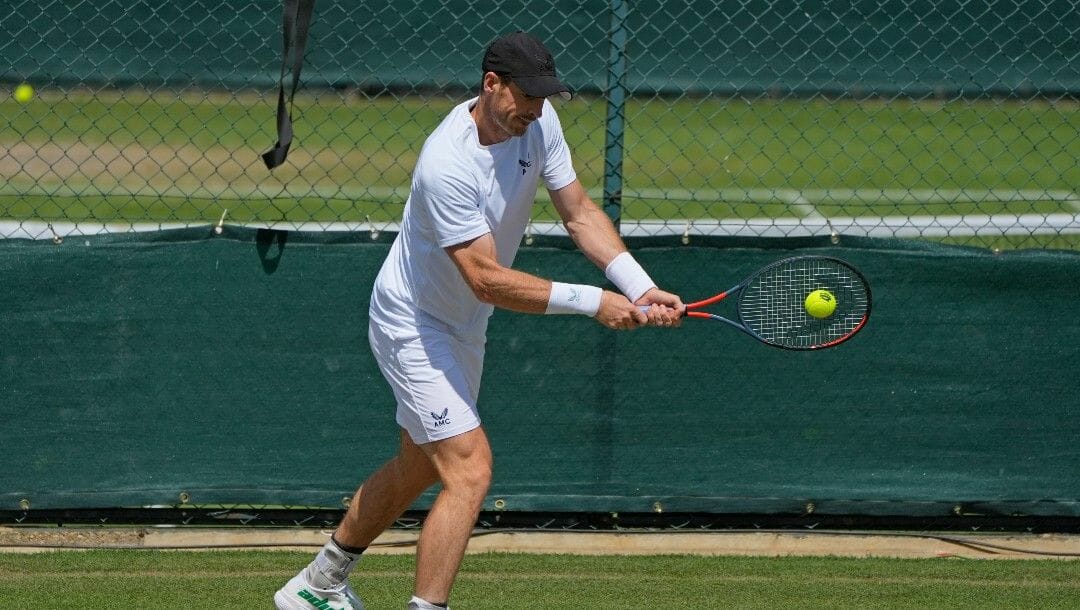 The 2022 Wimbledon Championships are officially underway, with many first-round matches from the men’s and women’s draw being played Monday.

Naturally, there are a whole lot of bettors diving into Wimbledon odds and taking some early positions. If you want to flirt with some first-round bets, I suggested four inexpensive ones here.

However, there’s also the Wimbledon futures market to consider, and that’s what I want to talk about here. Like most tennis betting experts, I spent most of my weekend breaking down the draws that were released to the public on Friday.

As with all tennis futures, it’s important to consider form, court style and a player’s path through the draw. I also find it helpful to consider how good futures might set up future hedge positions.

After doing that, here are eight bets that I placed this weekend. You can recreate them as a future bet of your own or just consider them at single-match targets.

Andy Murray reached a Wimbledon quarterfinal or better for 10 straight years, from 2008-17. But, unfortunately, he’s had a lot of injury issues to deal with as he played into his 30s, and he’s been a much less frequent threat at his home court over most of the last five years.

However, Murray got back in the winner’s circle last summer, scoring two impressive early-round wins before going down to No. 10 seed Denis Shapovalov.

This year, Murray does have a friendlier draw to the quarterfinal – Carlos Alcaraz is certainly beatable on grass – but Murray will still need to upend Djokovic to win his quarter and head to the Final Four. That’s no easy task, but Djokovic does appear more vulnerable than he’s been in several years, and 12-to-1 is a friendly price.

We’re a long way from 2014, when Dimitrov played a classic five-set semifinal against Djokovic on the London lawn. That said, every tennis betting pro knows this quarter led by Casper Ruud is wide open, and someone has got to come out of it.

One potential target is Hubert Hurkacz, who won the Halle Open earlier this month and has shown great grass form in the run-up to Wimbledon.

However, I prefer the more lucrative odds with Dimitrov, who has two head-to-head victories over Hurkacz in the last 16 months.

Let’s switch to the women’s Wimbledon odds for a moment. There’s plenty of action on No. 1 Iga Swiatek, thanks in part to her 35-match winning streak, but professional tennis bettors know that Swiatek is much more known for her skill on clay than grass. She elected to play zero grass warm-ups this year. She is vulnerable in this spot.

As a result, this quarter has some serious value in betting on someone else. I elected to bet on massive numbers behind Viktorija Golubic and Ajla Tomljanović, as I think they offer the best blend of form and value.

Karolina Muchova has arguably the biggest potential variance of anyone on this list today. She could cash this bet by running to the semifinal, or she could get taken down by Simona Halep in the first round. Everything is on the table in this spot.

I like Muchova because the draw is pretty open for her if she can get by Halep. And don’t get me wrong – that’s a huge if. However, Halep has played well throughout the first half of this year and put together a very impressive month of grass play prior to Wimbledon.

However, Halep also withdrew from Bad Homburg last week with a neck injury, which is not a good sign for an aging former No. 1 who’s been undercut by injuries for much of the last two years.

A bet on Muchova here is that she finds her way past Halep – perhaps by talent, or just by injury luck – before ripping through a much more manageable second and third round. She made the quarterfinal last year; if she can do it again this week, this will turn into a beautiful hedge spot.

Betting on anyone other than Djokovic, Nadal or Federer is often a pretty futile use of your betting funds in major tennis tournaments. Still, I just can’t shake the feeling that this year’s Wimbledon draw feels different.

Nadal is going to run out of elder magic on his worst surface. Federer isn’t even in the main draw this year. Djokovic has looked far more mortal than usual all year.

Berrettini has returned from a spring injury and looked absolutely lethal on grass, arguably his best surface.

A bet on Berrettini this late in the game means you’re getting the number near the top of the market, which is never a great move economically. But he’s looked so good, and his draw to the quarterfinal is so empty that I would still recommend buying Berrettini stock, even at the reduced price.

I’ve got tickets on Berrettini to win his quarter at +130. I’ve also got a full Wimbledon championship ticket at +650.