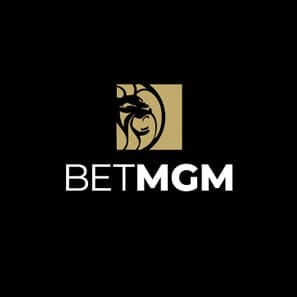 PHILADELPHIA, PA – June 14, 2021 – Audacy announced today the addition of new weekday programming on the “BetQL Network” as part of its multiplatform partnership with BetMGM. Beginning June 21, the network will launch “The Daily Tip,” featuring Michael Jenkins and Chelsa Messinger, and “BetMGM Tonight,” starring Ryan Horvat and Quinton Mayo. The “BetQL Network,” which features sports betting programming heard across Audacy’s robust portfolio of sports stations, can be heard on The Bet 1430AM (KEZW-AM) in Denver, 93.1 HD3 in Los Angeles and The Bet 105.9 FM-HD2 in Chicago, as well as via the Audacy digital platform.

We are ecstatic to announce the next phase of our planned expansion of the ‘BetQL Network. Our partnership with BetMGM – who is co-developing these shows alongside our sports programming team led by Matt Volk [Vice President of Sports] – enables us to create this new content that will both entertain and inform our audience around daily sports betting activity. We aspire for the ‘BetQL Network’ to become the go-to destination for the sports betting community and we’ll continue to announce new content to this dynamic platform over the next few months.

The sun rises in the East, but not before the betting lines are set from games completing in the West. At sunrise, “The Daily Tip” is the first source for angles, hot takes and analysis for how to get an edge on bets for today’s action. Co-hosted by Michael Jenkins and Chelsa Messinger, “The Daily Tip” will feature a consistent use of guests, analysts, Audacy Insiders and BetMGM experts, including influencers, bookmakers and executives.

Michael Jenkins is an award-winning, veteran journalist who most recently hosted the gambling show “By the Book” for Monumental Sports Network. Previously, Jenkins helped launch “The Daily Line” on NBC Sports Regional Networks and NBC Sports Radio, where he co-hosted an informative and entertaining four-hour sports betting show airing in four major markets–Washington, D.C., Philadelphia, Chicago, and Bay Area. Prior to that, Jenkins spent 15 years at NBC Sports Washington, winning nine Emmy awards for his work as an anchor, host, and reporter. He’s also won four Edward R. Murrow awards for his work in both news and sports.

Chelsa Messinger has been immersed in the sports betting space, most recently spending three years as a host and analyst for “Picks & Parlays” and “Sportsbook Review.” Prior to that, she spent seven years as a TV sportscaster, covering SEC football, March Madness, NFL, MLB, and the PGA Tour for WLTZ in Columbus, GA and WINK in Fort Myers, FL.

“BetMGM Tonight” starring Quinton Mayo and Ryan Horvat is the premier destination for real-time, live, in-game betting activity, covering over/unders to money lines, futures, daily fantasy sports, in-game prop bets and more. The show will be produced in partnership with BetMGM and will record from BetMGM Sportsbooks around the country.

This promotion for Ryan Horvat comes after he previously served as a part time on-air host, reporter and producer for Audacy station 1250 AM The Fan (WSSP-AM) since 2017. He began his career in Iowa where he served as Sports Director and midday host for a local radio station.

The addition of “The Daily Tip” and “BetMGM Tonight” follows Audacy’s multi-year deal with BetMGM announced in March 2021. The partnership designated the market-leading sports betting and gaming platform as a preferred sports betting partner of Audacy across its best-in-class sports broadcast stations, the Audacy and BetQL apps and digital platforms, and the “BetQL Network.”

Audacy is the unrivaled leader in sports radio, reaching three times more people than the leading competitor. Audacy is the #1 sports radio ownership group, which owns and operates 39 all-sports stations across the U.S. Its unparalleled broadcast portfolio reaches nearly 30 million sports fans monthly and boasts the nation’s leading collection of radio play-by-play coverage. Audacy also serves as the flagship home of 41 professional teams and over 50 Division 1 collegiate programs, including the New York Yankees and Boston Red Sox, Dallas Cowboys and Kansas City Chiefs, Golden State Warriors and Chicago Bulls, and University of Michigan and University of Oregon, among others.

The “BetQL Network” is a live, linear digital channel that will be distributed on the Audacy and BetQL digital platforms. The network, which is also the current home of the popular shows BetQL Daily and You Better You Bet can also be consumed on numerous digital on-demand platforms, Audacy owned and operated broadcast stations around the country and other network broadcast affiliates.

BetMGM is a market leading sports betting and gaming entertainment company. The BetMGM app is available for download on both iOS and Android and accessible via desktop. As BetMGM continues to expand its platforms to new states, responsible gaming education remains a key focus. BetMGM is proud to provide resources to help customers play responsibly. For more information on BetMGM follow @BetMGM on Twitter.

Audacy, Inc. (NYSE: AUD) is a scaled, multi-platform audio content and entertainment company with the country’s best radio broadcasting group, a leader in virtually every segment of audio, and America’s #1 creator of original, premium audio.  Audacy engages over 170 million consumers each month, bringing people together around the news, sports, podcasts and music that matter to them. Learn more at www.audacyinc.com, Facebook (Audacy Corp) and Twitter (@AudacyCorp).