How the Ben Simmons-James Harden Trade Changes the NBA 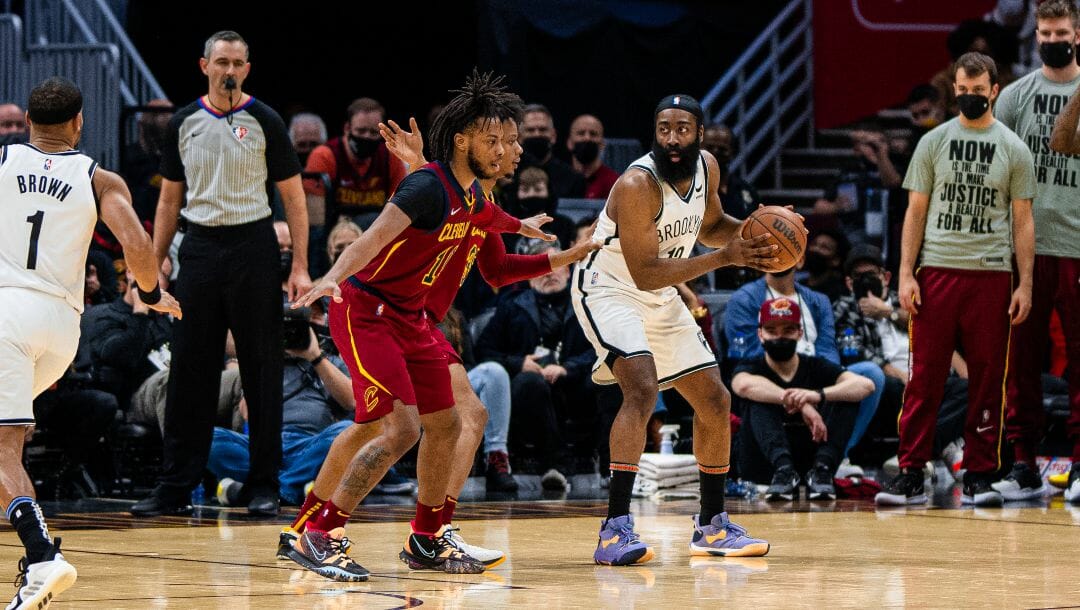 The Feb. 10 trade between the Brooklyn Nets and Philadelphia 76ers, an exchange of All-Stars, is a rare occurrence.

The move that sent James Harden to Philly and Ben Simmons to Brooklyn could possibly provide two contenders within the same conference a stronger possibility to win a title. The Nets have the third-best NBA odds at +600 to win it all, while the 76ers have the fifth-best NBA championship odds at +700.

Harden, a three-time scoring champ and former MVP, should provide the 76ers a crucial scoring threat alongside MVP favorite Joel Embiid. Simmons, an All-NBA and two-time all-defensive team pick, has the potential to improve the Nets’ defense, while creating offensive opportunities for scoring threats like Kevin Durant and Kyrie Irving.

Harden has been out since early February due to a hamstring injury. Though this season hasn’t been his best, he’s still among the top 20 in the NBA in Player Impact Estimate for players who have played in 35 or more games and averaged 15 or more minutes.

Simmons, meanwhile, hasn’t played at all this season. He held out in hopes of being traded, and eventually got his wish. Although his return date is still uncertain, which head coach Steve Nash said is due to conditioning.

Though the impact of both may be in question because of their recent history, Simmons and Harden both have the ability to elevate their games in more conducive situations.

In his penultimate game with the Nets, Harden scored 22 points at Phoenix to go along with 10 assists and five rebounds. The game prior, Harden tallied 33 points against the Lakers.

But what Harden may do for the Sixers, and how Simmons will change the Nets in Harden’s absence, goes beyond the numbers.

Simmons was often criticized for his lack of aggression on offense. That won’t be a problem with Harden.

Against the Suns, Harden showed off his step-back 3-point shot, which made him almost unguardable in Houston. Midway through the second quarter, Irving dribbled toward the lane, drawing Jae Crowder toward him. Irving kicked out to Harden at the left wing, and Crowder rushed over to prevent an easy 3-point shot.

Harden needed only one dribble to gain separation, then he stepped back and cast up a 3-pointer with less than two seconds left on the shot clock. Though Crowder was out of position, he still managed to contest.

The ball hardly moved the net as it traveled through the hoop.

Side-by-side with Embiid, Harden’s skill may only be accentuated as defenses aim to account for both.

Early in the second quarter in the Suns game, Irving advanced toward the left side of the lane. As three defenders swarmed him, he passed the ball out to Harden. He then took two dribbles into the lane and lobbed a pass up to Nic Claxton for a dunk.

These are the types of plays he will be able to make with Embiid.

Harden may also be more of a focal point in the Sixers’ offense now that he’s no longer on the same team as Durant and Irving.

12-0 @BrooklynNets run to open the 3Q on TNT pic.twitter.com/rS0fhGAJ4d

A quarter later, Harden ran a pick-and-roll and was defended by the Suns’ Mikal Bridges, who has the fifth-best NBA betting odds to become the Defensive Player of the Year at +1600. Bridges went into the lane in order to prevent another Claxton dunk.

Harden recognized that instantly, which left Kessler Edwards wide open for a corner 3-pointer. This is the kind of playmaking and decision-making Simmons could bring to Brooklyn.

While he’s not nearly the shooting threat Harden is, Simmons doesn’t need to be alongside Irving and Durant. The scoring onus won’t be on Simmons as much as it was in Philadelphia.

Simmons may also be utilized in pick-and-rolls as the screener. At 6-foot-11, he’s capable of a “point-center” type of role. This would force opponents into difficult situations.

Earlier this month, the Suns used effective ball movement to easily move Harden out of position on defense. He moved slowly as a help defender. When Devin Booker drove to the hoop, Harden moved out of the way.

Simmons has shown he has stronger capabilities on that end of the floor. His versatility should help the Nets, who rank 19th in defensive rating.

The Nets may have ultimately gained more in the trade. They added Seth Curry, who’s 16th in the league in 3-point percentage which should help Simmons facilitate even more. Also, Andre Drummond, a veteran big man who gives them depth at that position, and two first-round picks.

It is eighth in the Eastern Conference, seven games behind the Miami Heat and Chicago Bulls for first place and just 2.5 games ahead of the Atlanta Hawks, who are in the final spot for the play-in games.

All full strength, the Nets will be a force to be reckoned with. Even if the Simmons trade doesn’t result in a deep playoff run this year, it sets them up for success down the road.

Meanwhile, the 76ers are 35-23 and 2.5 games out of first place in the East. And that was without Simmons. Considering the recent production of Embiid, who leads the league in scoring at 29.6 points per game, Harden will make Philadelphia even more difficult to keep up with on the scoreboard.

This was a unique opportunity for both teams, and both may end up benefiting.