What Are the Best AFC Championship Game Parlay Bets? 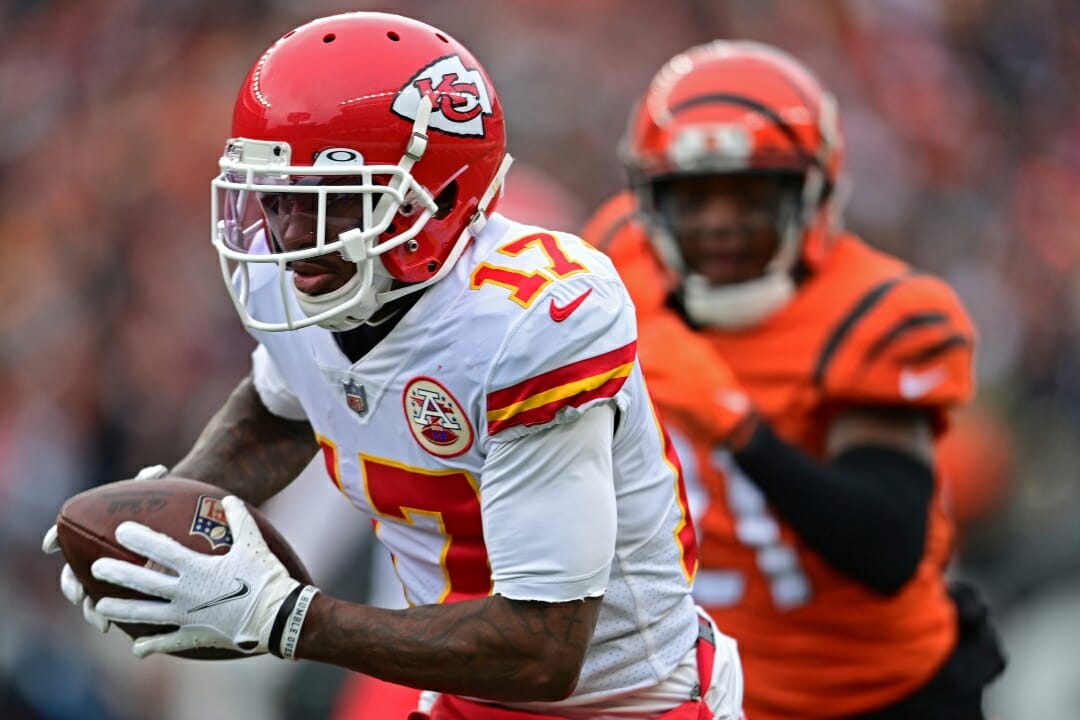 The Kansas City Chiefs and the Cincinnati Bengals will meet this weekend in the AFC Championship game to decide which team will represent the conference in Super Bowl LVI.

Kansas City is favored by 7.5 points according to the latest NFL odds, and there are a lot of intriguing narratives and betting angles that bettors can use to create some exciting AFC Championship game parlay bets.

In the divisional round, the Chiefs’ offense showed their explosiveness in their late comeback win over the Buffalo Bills. Patrick Mahomes and the offense moved the ball up and down the field at will over the final stretches of the game.

Tight end Travis Kelce not only caught a pivotal completion that set up a late game-tying field goal but also the game-winning touchdown. Kelce finished the game with eight receptions for 96 yards and a touchdown.

Kelce has now scored a touchdown in five straight games while averaging over 90 yards per game during that stretch. He is one of the most reliable red-zone targets in the NFL.

Over his last eleven playoff games, Kelce has caught eleven touchdown passes and been targeted 97 times. He is a massive part of what the Chiefs do on offense. If the Chiefs win and advance to the Super Bowl, he will likely be a key reason why.

With the heavily favored Chiefs just needing to win outright to complete the other leg of this parlay, I think (-120) is good value.

After seeing what the Chiefs did in their last game, it is hard to imagine any defense being able to contain them. They are one of only two teams in NFL history to score 42 points in two consecutive playoff games, with the 1990 Bills being the other team.

On the other side of the ball, Joe Burrow and the Bengals are ranked eighth in scoring (26.6 points per game). When these two teams met up back in early January, star-rookie wideout Ja’Marr Chase torched the Kansas City defense for 266 yards and three touchdowns in a 34-31 shootout.

I expect both defenses to make adjustments, but with two high-level quarterbacks on either side, there should be plenty of offensive fireworks in the AFC Championship game.

Kansas City winning a high-scoring game is the most likely scenario to me.

Also, if you are leaning towards a Bengals upset, there are even more favorable odds on the table.

Place Your Bets at BetMGM

With two potent offenses going head to head, there are plenty of intriguing AFC Championship game parlay bets to consider. Expect fireworks in what should be a very entertaining game filled with lots of offense.

Make sure you check out BetMGM’s online sportsbook for the most up-to-date NFL betting odds and parlay betting options. Sign up for an account today for a risk-free initial bet of up to $1,000.