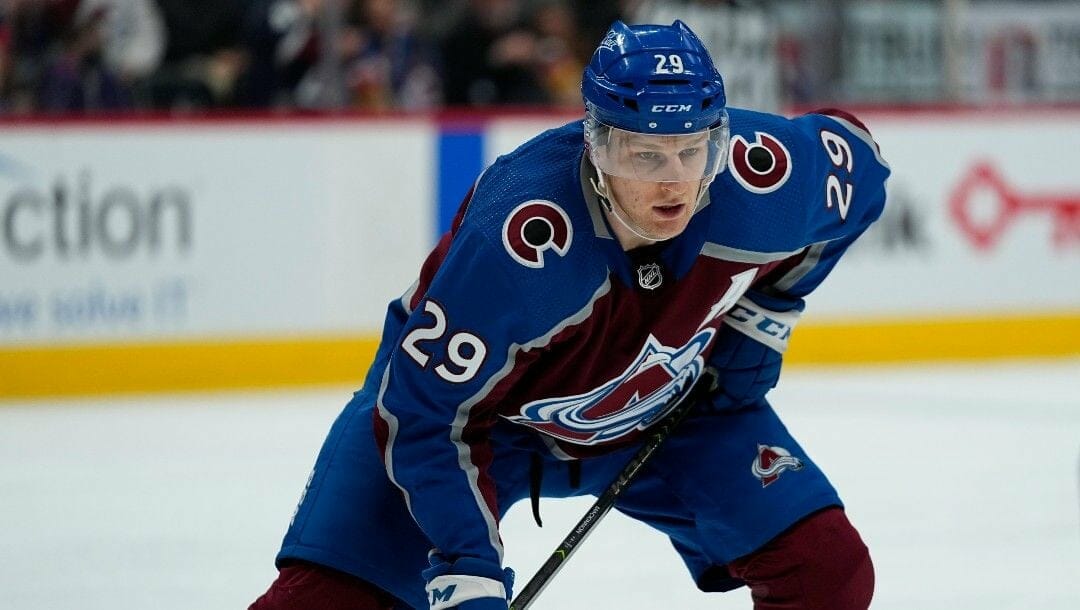 There are five NHL games on the slate Friday night and instead of looking at NHL betting lines, an alternative could be some player props.

With teams looking to improve their seeding for the playoffs, there could be more desperation than usual, which could lead to more offense.

Here are two player prop options for Friday along with analysis and NHL betting trends.

Carter Verhaeghe is sixth on the Panthers in scoring with 21 goals and 30 assists in 69 games. He averages 0.43 assists per game but is slated to play on the first line against Buffalo with Aleksander Barkov and Anthony Duclair.

Duclair and Barkov are the two leading goal scorers on Florida, so the chances of Verhaeghe picking up an assist rather than a goal seems likely.

In three games against the Sabres this season, Verhaeghe has recorded four points, three of which were assists. Over his past five games, he’s picked up three assists, including one against Buffalo on April 3.

Verhaeghe is an excellent candidate to pick up a helper against the lowly Sabres.

Carter Verhaeghe with a big goal for the @FlaPanthers 👏 pic.twitter.com/E5AqhrUZQo

Nathan MacKinnon is the best player on the best team in the NHL.

The Avs are the third-highest scoring team in the league and MacKinnon leads the squad in points per game at 1.37. He’s put up 24 goals and 50 assists in 54 games played. His linemate Mikko Rantanen leads the team in points outright with 84.

The two of them should combine for many chances against the Jets.

Winnipeg relies on Connor Hellebuyck to bail them out a lot.

Despite allowing the ninth-most shots against per game with 32.9, the Jets are 15th in goals against. Hellebuyck leads all NHL goalies with 1,937 shots against this season. He’s 12th in shots against per 60 amongst all goalies and those that see more shots are on some of the worst teams in the league.