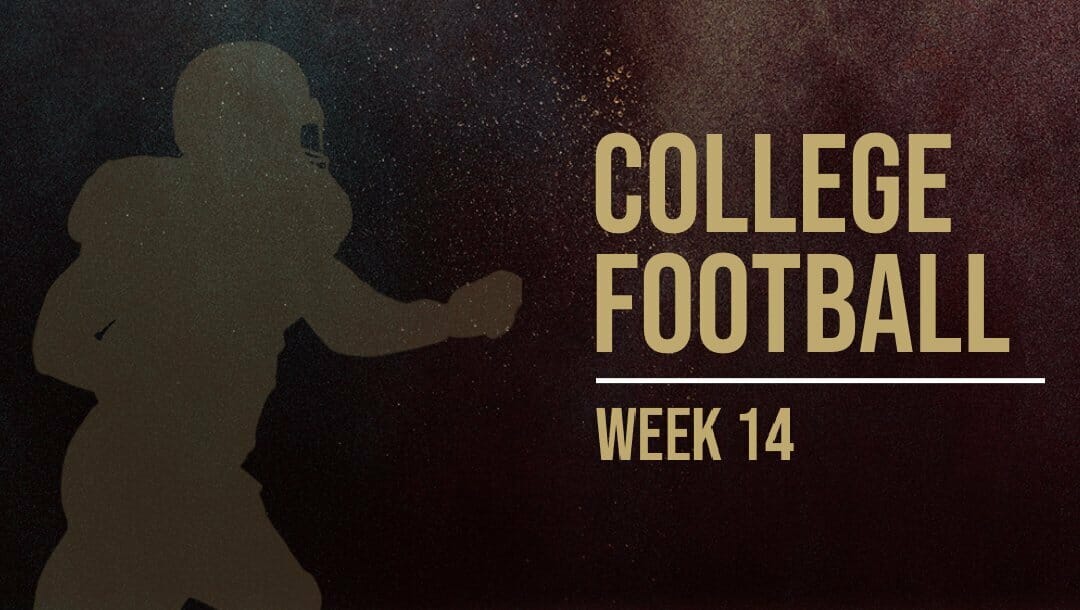 A dramatic 2021 college football regular season comes to a close this weekend. However, fans brace for one more weekend of twists and turns as schools play for conference championships.

The 2021 Georgia Bulldogs have been head and shoulders above everyone else. Georgia enters Week 14 with a spotless 12-0 record. The Bulldogs have an average margin of victory of just under 34 points per game.

Georgia’s incredible defense allows a ridiculous 6.9 average points per game. However, the Bulldogs are not one-dimensional. Georgia has complemented their staunch defense with an increasingly potent offense that averages 40.7 points per game.

Alabama enters with the #5 scoring offense, averaging over 42 points per game on the season.

However, despite some high numbers, Alabama has looked vulnerable the last two weeks on both sides of the ball. The Tide defense gave up 35 points against Arkansas in Week 12, and last week the offense was blanked for three quarters against Auburn before mounting a late comeback.

While Alabama has shown some cracks, Georgia has not. So consider the Georgia Bulldogs (-6.5) as a college football betting option for Week 14.

Michigan returns to the Big Ten title game after finally beating Ohio State under Jim Harbaugh. The Wolverines are riding high, coming off their biggest win in a decade.

Michigan enters with the 13th ranked scoring offense in NCAA football, averaging over 37 points per game. The running game has been a critical component of Michigan’s attack all season, averaging 224 yards per game.

In Week 13, Michigan overwhelmed Ohio State on the ground, averaging over seven yards per rush en route to a staggering 297 rushing yards. Establishing the run early and often will set a similar tone against Iowa.

Iowa enters at 10-2 and a defense allowing only 17.3 points per game. However, the Hawkeyes have not faced a running game of Michigan’s caliber, and I expect Iowa’s defense to wear down throughout the game.

When considering college football wagers for this weekend, keep Michigan (-11) on your radar.

Michigan wasn’t the only team to get a long-awaited win against a rival. Oklahoma State won the Bedlam Series for the first time since 2014, defeating Oklahoma 37-33. A win on Saturday would put the Cowboys right on the cusp of a playoff berth.

Baylor is a good team that represents a formidable hurdle. With that said, Oklahoma State will enter with confidence, having already beaten the Bears once this season.

Here are some trends to consider:

With a possible playoff spot in reach, I expect Oklahoma State will stay hot and take care of business. I believe their fifth-ranked rushing defense will shut down the Baylor running attack, and if they get a lead early in the game, their 11th ranked passing defense will make it difficult for the Bears to mount a comeback.

After an exciting rivalry weekend, the stakes will be even higher this week. When considering some of the best college football bets for Week 14, watch Georgia, Michigan, and Oklahoma State. These favorites will be highly motivated as they look to secure their playoff spots.

Check BetMGM’s online sports betting site for the latest odds on all NCAAF betting lines. Then, sign up for an account and place your bets on all of this week’s college football action.