The Best Race Horse Trainers of All Time Winning a horse racing event requires more than a reliable thoroughbred or a talented jockey. Dedicated and experienced horse trainers are behind many of the most successful stables. Let’s look at the job description of these dedicated trainers and discover some of the most accomplished horse trainers of all time. Get ready to take some notes, it might just help you spot the winners in your online sports betting races.

What do racehorse trainers actually do?

Racehorse trainers are experts in horse care and maintenance, and it is the trainer’s responsibility to work on behalf of the horse owner and make sure the horse succeeds. They teach horses vital skills like gate training and how to be ridden. These skilled professionals often deal with accounting duties and keeping up to date with racing rules and regulations.

However, the job goes beyond training horses. Racehorse trainers are also responsible for managing staff, selecting races and ensuring horses are fit to race. They are the people deciding and executing training regimens for the horses and managing the health and conditions of the animals.

Now that you know how advanced a racehorse trainer’s duties are, let’s look at which trainers helped train some of the most successful racehorses in history.

Irish trainer Aidan O’Brien has been training horses for 26 years. O’Brien’s partnership with the Coolmore operation was a game-changer for his career. The group is a leading force in the breeding world, giving the trainer access to some of the finest horse racing bloodlines. But it wasn’t all genetics. It was O’Brien’s own tenacity and know-how that turned these thoroughbred runners into the top horse racing picks.

O’Brien’s career flourished even before he joined forces with Coolmore. He was the champion Irish National Hunt Trainer for five consecutive seasons in the 90s. He holds the spot as Ireland’s champion flat-racing trainer every year since 1999. O’Brien set a world record in 2017 when he trained 28 Group One winners by the end of the year. In his career, he has won 2,676 races and earned over $27.7 million.

The 69-year-old trainer has been training horses for 34 years and has secured 2,930 wins. He’s the most well-known horse trainer and frequently features in horse racing news thanks to his eventful and impressive career. Baffert’s career earnings are estimated to be over $288 million. If you plan to bet on horse racing, he’s a trainer you should keep your eye on. 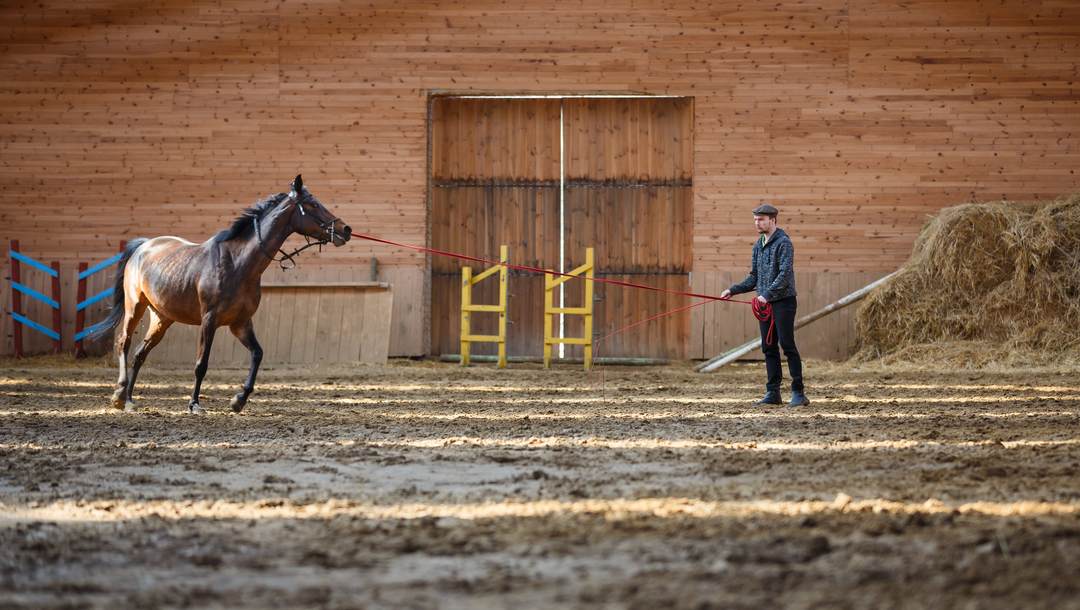 Even though his last few years have been a highlight, John Sadler’s success in horse training is nothing new. He was already a well-respected and successful trainer in the industry in the mid-80s. Sadler is known for winning multiple graded stakes races. He’s won 2,600 victories in his 44-year-long career.

The trainer has won training titles at Oak Tree at Santa, Del Mar, Santa Anita and Hollywood Park. He is well-known for training and conditioning horse racing champion Accelerate for the Breeders’ Cup Classic. His career earnings are over $138 million. In only the last three years, he’s earned more than $20 million.

The late Ben Jones was a thoroughbred racehorse trainer who was one of the most successful in the history of the sport. He is best known as the lead trainer at the esteemed Calumet Farm and trained six winners of the competitive Kentucky Derby.

Two of his horses, the famous Whirlaway and Citation, went on to win the Triple Crown. Though it might be difficult to estimate his career total wins and earnings since he died 61 years ago, he was successful enough to grace the cover of Time Magazine in 1949. Jones had trained horses for 44 years when he retired. He holds the record as the only six-time winner of the Kentucky Derby, but Baffert is close behind him.

It might seem premature to add Chad Brown to a list of the greatest trainers of all time, but he’s hit enough milestones to convince us of his potential. Even though Brown’s career is only 15 years in, the Cornell graduate has already received three Eclipse Awards as an outstanding trainer in the United States from 2016 to 2018. He’s won 12 Breeders’ Cup races.

In 2017, the American trainer won the Preakness Stakes, his most prestigious feature race victory so far. The victorious horse, Cloud Computing, entered the race with 13-1 horse racing betting odds. The race taught bettors the importance of knowing how to spot a steamer and a drifter in racing. Brown has had 1,561 wins in his career and his earnings are estimated to be $156.2 million. His runners have earned him more than $20 million every season since 2015.

Double Kentucky Derby-winning horse trainer Todd Pletcher has been training horses for 26 years. The trainer has had 4,749 wins in his career and has been awarded a record seven Eclipse Awards for Outstanding Trainer. This isn’t his only record-breaking feat, though. Pletcher also broke the North American 19-year record for the most stake wins in a year in 2006. In the last two decades, Pletcher’s runners have won nine Breeders’ Cup races and five Triple Crown events. His career earnings are estimated at $374.7 million.

Bet on world-class trainers with BetMGM

Horse racing is a three-way partnership between horses, jockeys and trainers. When you make an online horse racing bet, you’re not only placing a wager on a strong horse or a talented jockey. You’re also betting on the experienced and dedicated horse trainers working behind the scenes.

But that’s not the only partnership worth watching. BetMGM’s partnership with NYRA Bets means betting on horse racing today is easier than ever. Download our horse racing app to enjoy daily updates, live videos and replays. You can join the betting and wager on major local and international racing events like the Kentucky Derby, Melbourne Cup, Saudi Cup and the Preakness. Create an account with BetMGM to discover a convenient all-in-one betting destination.