The Best Women’s Dunks of All Time 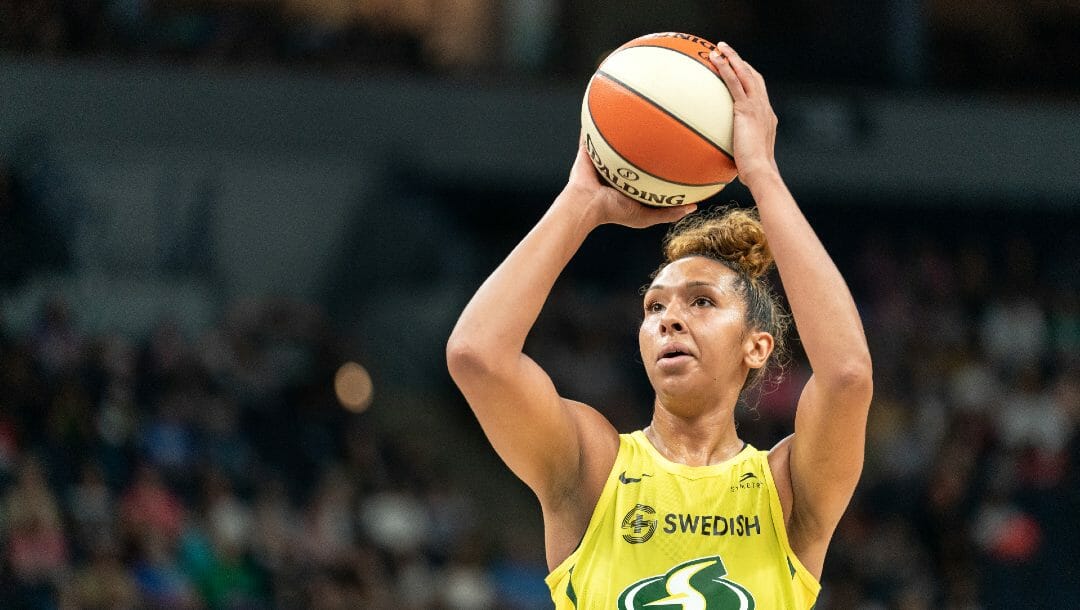 The days of playing below the rim in women’s basketball are prehistoric.

In the last 25 years, we have seen a steady increase of women throwin’ em down, and it is safe to say we have plenty to look forward to. Pioneers of the game like Georgeann Wells, Lisa Leslie, Candace Parker, and Brittney Griner have put the world and basketball betting experts on notice to what exactly women are capable of when it comes to the slam dunk.

Now a new era has emerged of young superstars like Fran Belibi, who has single-handedly taken the expectation to a new level. Belibi has wowed many at an early age with her dunking ability, and countless up-and-coming superstars behind her will do the same.

Let’s recap and rank some of the most iconic and notable dunks by women of all time.

In 1984, six-foot-seven Georgeann Wells became the first woman to dunk in a collegiate game for the University of West Virginia. The full court breakaway dunk happened against the University of Charleston and was done with a men’s regulation ball. Wells went on to enjoy a career with the Harlem Globetrotters and coached professionally throughout Europe.

In 1994, the University of North Carolina legend, Charlotte Smith, became the second woman to dunk in an NCAA  game in a blowout against North Carolina A&T. Smith went on to play in the WNBA and is currently the head coach at Elon University.

Lisa Leslie made history as the first WNBA player to dunk in a game when she threw this down against the Miami Sol on July 30, 2002. This iconic moment became widely known as one of the WNBA’s best dunks. Leslie was a two-time WNBA champion, three-time league MVP, and inducted into the Naismith Memorial Basketball Hall of Fame in 2015.

Candace Parker cemented herself as one of the greatest when she won the 2004 McDonald’s All American Slam Dunk Contest, becoming the first-ever woman to win a major slam dunk contest with her one-handed, face-covered dunk.

Parker also was the first woman to dunk in the NCAA tournament during her time at Tennessee, and in 2008, she became the second WNBA player to dunk in a game.

Sylvia Fowles became the sixth woman to dunk in an NCAA game on this breakaway steal and has dunked countless times during her professional career in Euroleague, WNBA games, and WNBA All-Star competitions.

Brittney Griner took women’s basketball to the next level when she entered the scene. Griner’s effortless dunks over the years have become a staple and arguably an expectation. In 2009, Griner became the first female to dunk twice in a high school game during her senior year.

She would go on to dunk as many as three times during her collegiate career at Baylor, and the six-foot-eight center became the third player to dunk in a WNBA game. Griner has dunked so many times most have lost count!

Before Stewie went on to win four national championships, two WNBA championships, and nearly every honor under the sun, she was doing this at the 2021 McDonald’s All American Game.

Nelson-Ododa stunned spectators with her dunk during the Powerade Jam Fest. The then UConn commit went toe-to-toe with Zion Williamson in the finals, and even though Willamson would go on to win, Nelson-Ododa put on an impressive show.

Fran Belibi has become a household name with her ability to throw it down. The Stanford freshman was turning heads in high school long before she threw down her first collegiate dunk in December 2020.

In 2019, Belibi became the second woman to win the dunk contest at the McDonald's All American Game and in her young career, Balibi has quite the highlight reel.

At BetMGM, we will have up-to-the-minute WNBA betting odds, lines, and tips to ensure you have the best online betting experience. You don’t want to miss an opportunity to bet on in-game lines, features, and more at BetMGM.