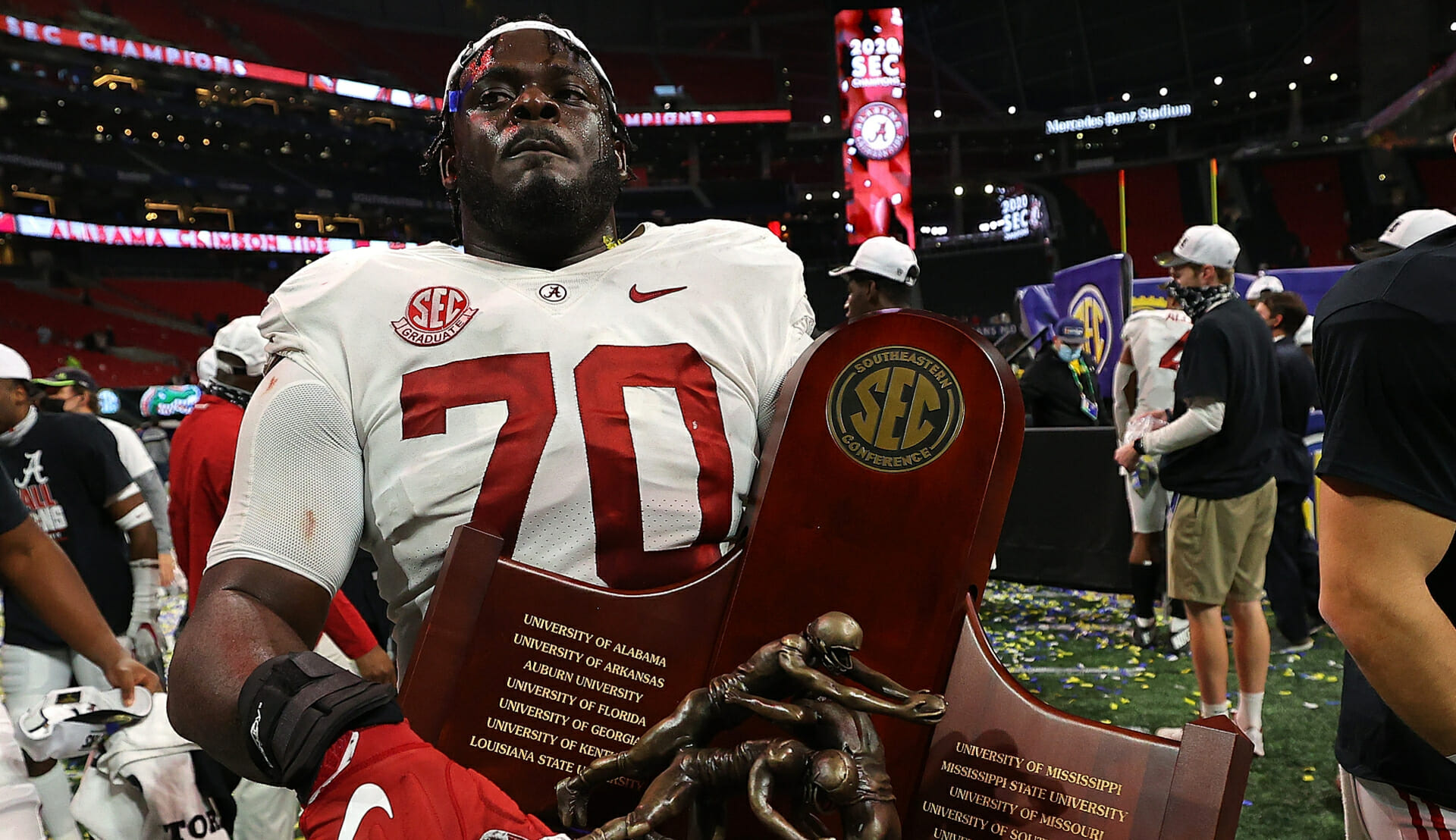 The SEC has three of BetMGM’s top six betting favorites to win the college football national championship and five of the top nine. The loaded conference is set to flex its muscle again as the top league in the country.

As anticipation builds for the upcoming season, more college football betting odds are available. College football betting doesn’t begin when gameweek hits. You can bet on offseason futures as well, like who the Heisman Trophy winner will be, or how many wins a certain team will hit, or who the favorite is to win its conference championship.

Here are BetMGM’s odds to win the SEC.

Conference Schedule: vs. South Carolina, @ Vanderbilt, vs. Arkansas, @ Auburn, vs. Kentucky, vs. Florida, vs. Missouri, @ Tennessee

What to know: Georgia has the fifth-best national title odds at +900. The Bulldogs won the SEC East each season from 2017-2019 before Florida won it last year. With JT Daniels the guy at quarterback, Georgia’s offense will be scary good as it looks to contend for championships.

What to know: The Aggies lost one game in 2020, a 52-24 defeat at Alabama. It was their best season in SEC play since 2012. Texas A&M gets the Crimson Tide at home this season on Oct. 9. There are question marks offensively as Texas A&M has plenty of holes to fill, but the defense should be one of the better units in the conference.

What to know: Florida won the SEC East last year and kicks off the 2021 SEC slate with a massive home game against Alabama. The Gators lost to Alabama 52-46 in the 2020 SEC championship game. Florida has just 55 percent of its overall production (41 percent offense, 70 percent defense) coming back, which ranks 108th in the FBS.

What to know: After winning the national title in 2019, LSU slumped to a 5-5 record last year while ranking No. 98 nationally with 34.9 points allowed per game. With 16 returning starters, a healthy Myles Brennan and promising youngster Max Johnson battling for the QB1 spot, and new offensive and defensive coordinators, LSU looks to rebound in a big way.

What to know: Auburn’s 2020 season ended by losing three of its last four games, including a 35-19 loss to Northwestern in the Citrus Bowl. The Tigers finished 6-5 overall. This looks like a rebuilding season with new head coach Bryan Harsin and his coaching staff.

What to know: Ole Miss has the most returning production in the SEC with 81 percent (78 percent offense, 83 percent defense). The Rebels finished just 5-5 in Lane Kiffin’s first year as head coach. They did win three of their last four SEC games and ended the season with a 26-20 Outback Bowl win over Indiana.

What to know: The Tigers finished 5-5 in Eliah Drinkwitz’s first season as head coach last year. Missouri, which returns 72 percent of its production, hasn’t finished in the top two of the SEC East since 2014.

What to know: Tennessee has had just one winning overall record in the last four seasons. After taking a step forward with an 8-5 finish in 2019, the Volunteers fell to 3-7 last year. Josh Heupel has quite the challenge to get this program to be a contender in the SEC.

What to know: Kentucky had four straight winning seasons before finishing 5-6 in 2020. With a good defense and solid rushing attack coming back, the Wildcats appear to be a quarterback away from really rising in the SEC standings.

What to know: Mike Leach’s first season at Mississippi State in 2020 saw a 4-7 overall record. The Bulldogs return 85 percent of its production on defense, but the offense is the big storyline. Leach is known for his explosive offenses, and Mississippi State averaged just 21.4 points per game last year.

What to know: Last season was an ugly one for South Carolina, finishing 2-8 while firing Will Muschamp with a few games remaining. The Gamecocks hired Shane Beamer as the new head coach, and the rebuild is on after two straight seasons of struggles in Columbia.

What to know: Another new head coach in the SEC, Clark Lea takes over a tough Vanderbilt job. To sum it up: The Commodores haven’t had a winning season since 2013, and they went 0-9 last season while scoring 14.8 points per game and allowing 37.3.

At BetMGM, you can bet on college football all year long. From college football betting lines during the season to offseason wagers like national champion or conference champion odds, BetMGM is the No. 1 spot for the best online sports betting experience.