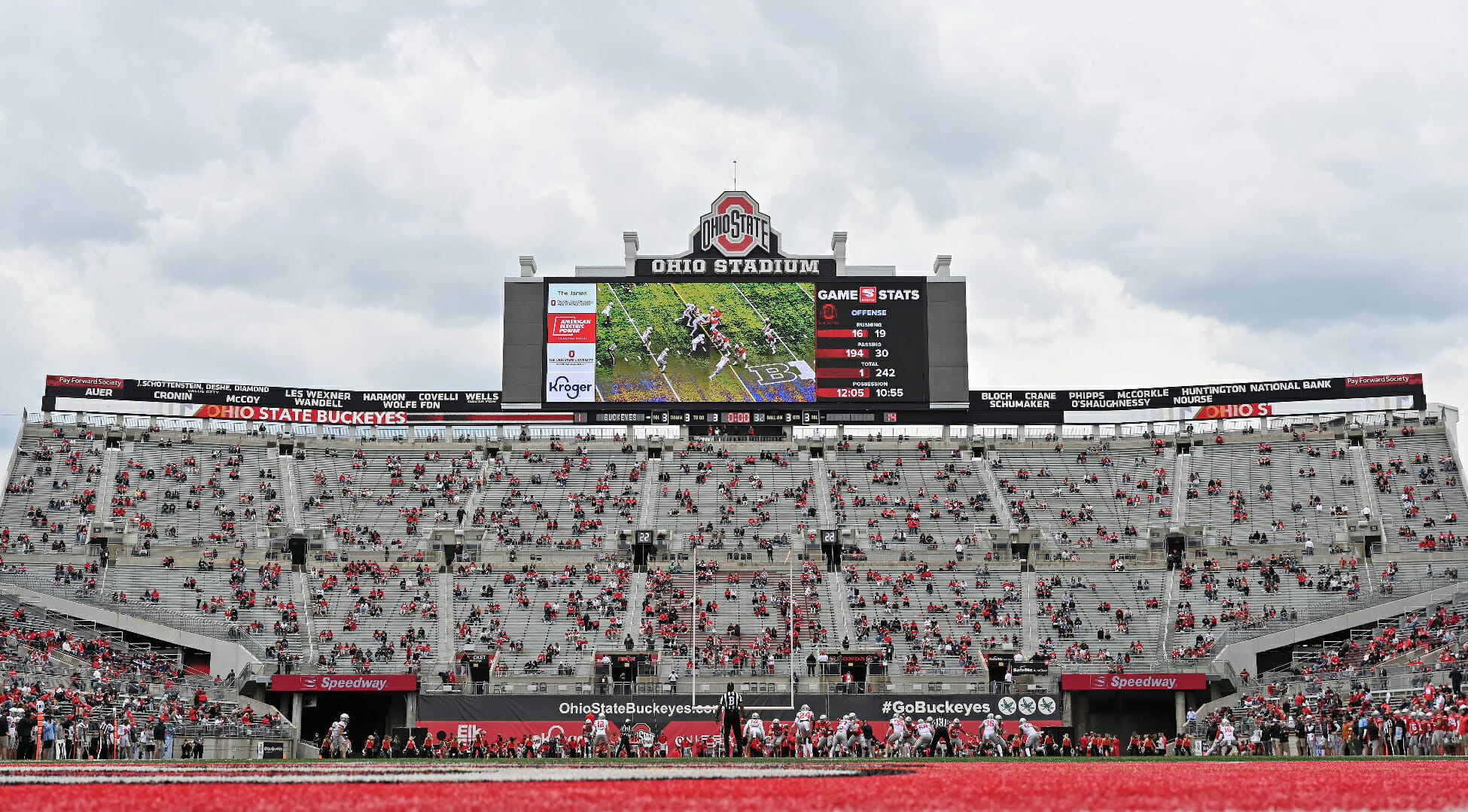 Want to get the juices flowing a bit for the upcoming college football season? In Week 1, we get to see Alabama take on Miami and Clemson face Georgia. If that didn't do the trick for you, the next week features Oregon going to Ohio State.

The 2021 slate is absolutely loaded, filled with massive non-conference matchups (something sorely missed in 2020) and key conference games. Some college football betting odds are already available at BetMGM for the biggest games of the season.

We narrowed them down to the 10 best games and included what the college football betting lines are:

A year after reaching the College Football Playoff, expectations are tempered for Notre Dame. The Fighting Irish have just +4000 odds to win the national title, slightly ahead of North Carolina’s +5000.

Notre Dame enjoyed being part of a conference for a season, reaching the 2020 ACC championship game. Now it is back to independent status. UNC now looks to be the top challenger to Clemson.

Oklahoma has won the last six Big 12 championships. The Sooners are favorites to do it again. While Iowa State is viewed as the top threat, Texas shouldn’t be overlooked. The Steve Sarkisian era is underway, and Texas fans are hungry for national respect.

An early-October win over Oklahoma at the Cotton Bowl in Dallas would shake up the College Football Playoff picture and possibly make Texas Football officially “back.”

These two teams faced off in last year’s SEC championship game, resulting in a classic. Alabama won 52-46 en route to a 13-0 season and a national championship. This, of course, leaves Florida feeling like it’s on the doorstep of winning a title.

The betting odds disagree, though, with Florida having the fourth-highest odds to win the SEC championship at +1000 compared to Alabama’s -155. It’s the first conference game for both teams, and the Gators can prove they are better than two-touchdown underdogs to the top team in the country.

The SEC has three of BetMGM’s top six betting favorites to win the college football national championship and five of the top nine. Georgia is at +800, and Florida is +4000.

The loaded conference has several standout matchups on the 2021 calendar, and this is one of the better ones as Georgia and Florida position themselves to represent the East Division in the SEC title game. They will play at a neutral site in the Jacksonville Jaguars' home stadium, TIAA Bank Field.

A solid Week 1 game held at Mercedes-Benz Stadium in Atlanta. We’ll get a glimpse of new Alabama starting quarterback Bryce Young, the top dual-threat QB in the 2020 class. Once again, the Crimson Tide are the team to beat in college football.

Miami is viewed as the No. 3 team in the ACC, but the Hurricanes have their own expectations of ascending the national ranks. They went from 6-7 in 2019 to 8-3 in Manny Diaz's second season.

This is a fascinating matchup. Notre Dame is coming off an appearance in the ACC championship game and is now back to being conference-independent. Cincinnati was the best Group of 5 team in 2020, helping heat up the CFP expansion talk to include the G5. The Bearcats were No. 8 in the final CFP rankings, while Notre Dame got into the playoffs at No. 4.

While the chances of it happening in 2021 still seem low, if Cincinnati wants an outside shot at reaching the four-team playoff, a win at Notre Dame is quite the resume booster.

The Aggies went 9-1 in 2020, their one loss being a 52-24 result at Alabama. This year, Texas A&M gets the Crimson Tide at home in a big SEC showdown. The Aggies were just outside reaching the CFP in 2020, ranking No. 5. Alabama went on to win the national championship as part of a 13-0 season.

The implications for the Big 12 standings and College Football Playoff rankings are massive in this late-season game. Oklahoma is the betting favorite to win the conference title, but Iowa State isn’t too far behind.

The total points aren’t available yet on BetMGM, but a high number and entertaining game are expected with the offensive star power of quarterbacks Brock Purdy and Spencer Rattler, Iowa State running back Breece Hall, and Oklahoma wide receiver Marvin Mims.

COVID canceled this excellent non-conference matchup in 2020. Thankfully we’ll get to see it in Week 2 this fall. Oregon and Ohio State last met in the first-ever College Football Playoff National Championship game in January 2015, a 42-20 Ohio State win.

The Buckeyes have remained in the national title picture since, reaching the championship game last season. They have +500 odds to win it all this season. Oregon has slipped in terms of national expectations (+5000 national championship odds). A win at Ohio State gets the Ducks back into the CFP discussion.

What a helluva ball game we’ll get to see in Week 1. Clemson and Georgia, two top-five teams, square off at Bank of America Stadium in Charlotte.