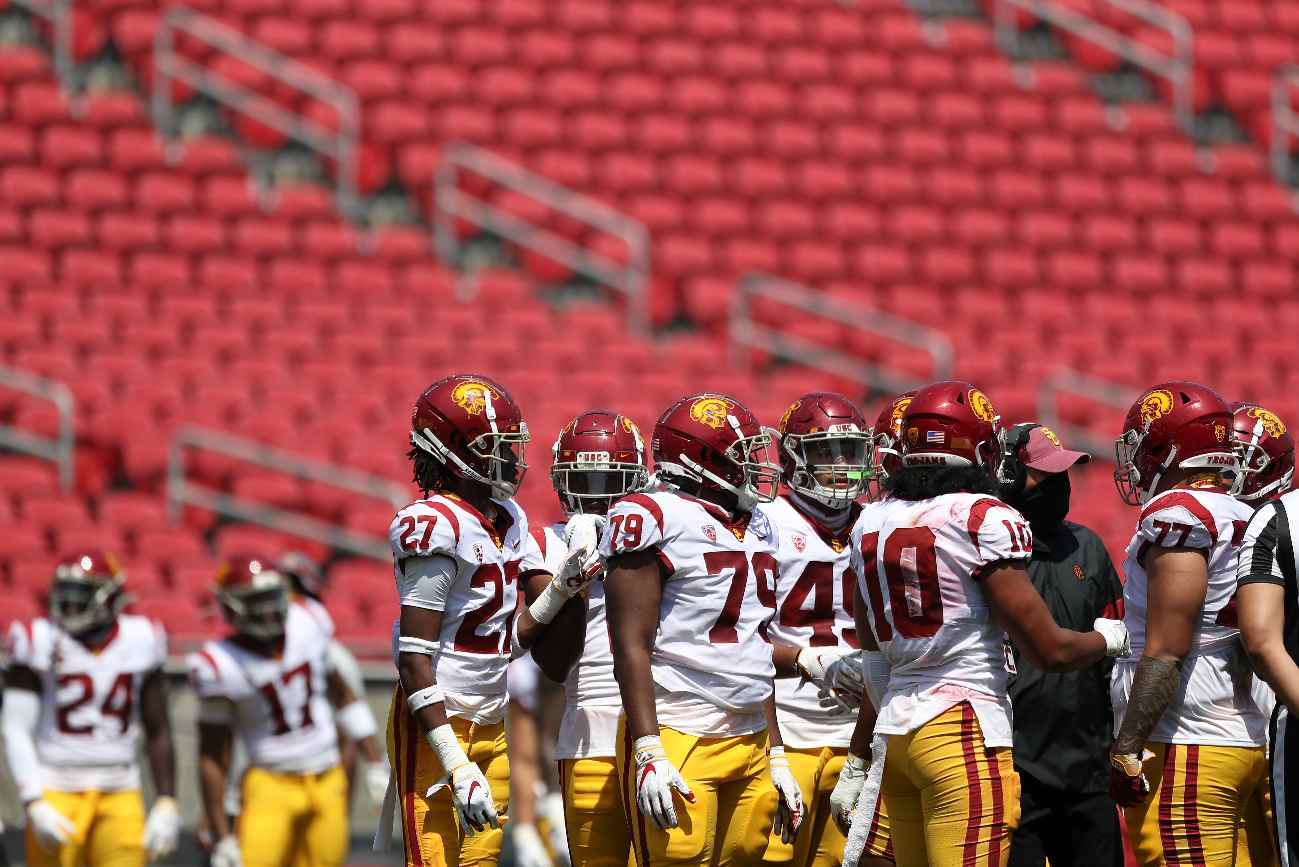 Viewed as the weakest Power 5 conference, the Pac-12 is looking to earn back some national respect this season. But the college football betting odds suggest that won’t happen.

The conference doesn’t have one team in BetMGM’s top 10 betting favorites to win the college football national championship. The SEC has five teams, the Big Ten has two teams, the Big 12 and ACC both have one, and Notre Dame rounds it out at No. 10.

USC and Oregon have the 14th-highest odds to win the national title at +5000. But when it comes to the Pac-12 champion, what do the college football betting lines say?

Here are the odds to win the Pac-12 on the BetMGM online sportsbook.

What to know: USC, ranked No. 13 at the time, lost 31-24 to unranked Oregon in the 2020 conference championship game. It was the only loss of the season as the Trojans finished 5-1. USC has a lot of players with starting experience returning, led by talented quarterback Kedon Slovis, as it eyes its first Pac-12 title since 2017.

What to know: Oregon won the 2019 and 2020 conference titles, although the Ducks finished just 3-2 in the standings last year. The Ducks return 86 percent of their production from 2020, along with talented recruiting classes looking to make their impact and get Oregon back into the College Football Playoff discussion.

What to know: The Huskies went 3-1 in Jimmy Lake's first season as head coach last year. They avoid USC this season and get their toughest conference opponents (Oregon, UCLA, and Arizona State) at home. After having to bow out of the 2020 Pac-12 championship game (replaced by Oregon) due to COVID issues on the team, Washington has the returning talent, scheduling draw, and motivation to be at the top of the North Division again.

What to know: The Sun Devils look to have their best team in years with 15 returning starters. However, the NCAA is currently investigating allegations of recruiting violations within the football program. How does that impact the upcoming season, whether it be penalties or distraction?

What to know: UCLA has the second-most returning production in the FBS (91 percent overall, 95 percent offense, 88 percent defense) behind Louisiana. The Bruins haven't had a winning season since 2015. With roster stability, 2021 looks promising for UCLA to get over .500.

What to know: Winning the final three games of 2020 to finish 3-2 provides optimism for Utah heading into this season. The Utes have the eighth-most returning production in the FBS with 86 percent. Expect Utah to get back to a 2019-like season in the conference standings (8-1 record) compared to being in the middle of the pack.

What to know: In 2019, Stanford suffered its first losing season since 2008. Last year saw a tough 0-2 start, but Stanford rebounded to win its final four games. It has a lot of production to replace, including more than half of its offensive production.

What to know: The first season under Nick Rolovich saw a 1-3 record in 2020. The good news is Washington State has the second-most returning production in the Pac-12 and the fifth-most in the FBS with 87 percent. The bad news is three of its last four games are at Arizona State, Oregon, and Washington.

What to know: Cal hasn’t had a winning conference record since 2009. The Golden Bears scored just 20.3 points per game last year, a point of emphasis for the team to improve its 1-3 record in 2020.

What to know: Expectations may not be set too high for the Buffaloes this year, but there’s no doubt the program is heading in a positive direction. After three straight losing seasons, Colorado went 4-2 overall and 3-1 in the conference last year in Karl Dorrell’s first season as head coach.

What to know: The Beavers have the potential to be a pretty good offensive team with 94 percent production returning on that side of the ball. There’s a big hill to climb, though, to be a Pac-12 contender.

What to know: It can only be up from here for Arizona after going 0-5 in 2020. The last image of this team on the field was a 70-7 butt-kicking by rival Arizona State. So it’s no surprise the Wildcats decided to go in a different direction. Kevin Sumlin was fired, and Jedd Fisch was hired. Now the (likely long) rebuild begins.