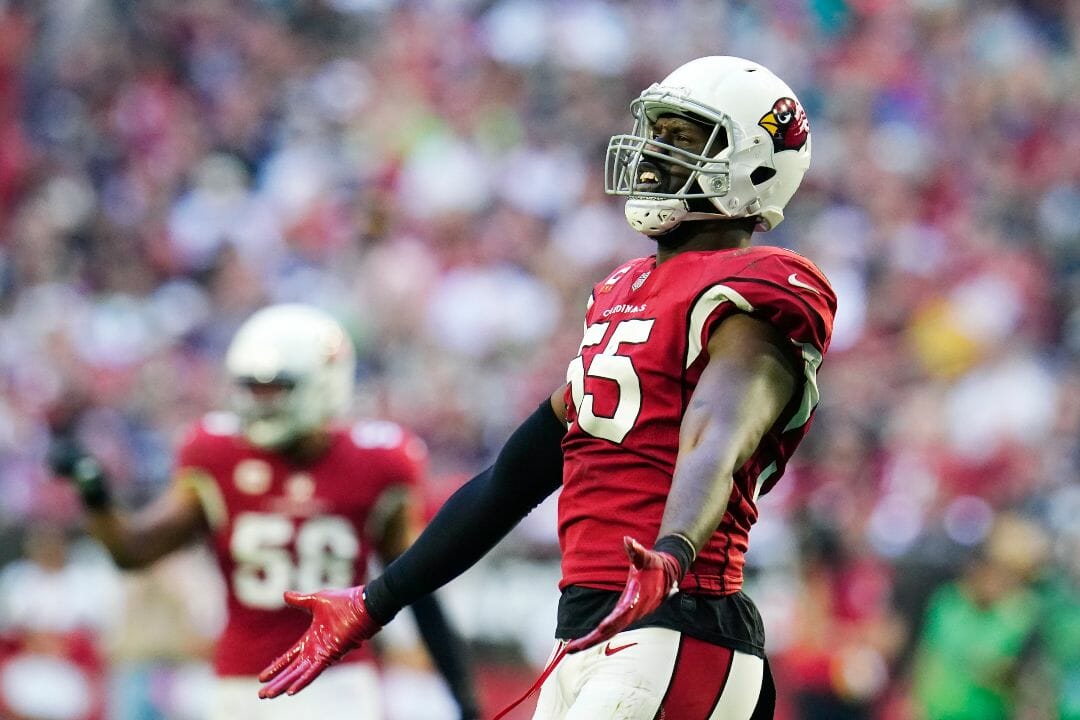 The Los Angeles Rams were 10-0 when playing teams that did not make the playoffs this season, but just 2-5 against playoff teams.

One win came against the Rams’ playoff opponent, the Arizona Cardinals. These two teams split the season series, but the Rams are 4.5-point favorites in Sunday’s matchup, according to the NFL betting odds from BetMGM.

Here are my predictions for this week’s Cardinals at Rams playoff matchup.

QB Kyler Murray and the Cardinals have lost four of their last five games. However, the Cardinals won against the top-scoring offense in the league two weeks ago, knocking off the Dallas Cowboys by a score of 25-22.

The good news for the Cardinals is that Murray has done an excellent job of protecting the football, even though the team hasn’t been winning football games. Over the past three weeks, Murray hasn’t thrown an interception and averaged 51 rushing yards per game.

Murray now faces a Rams pass defense ranked 22nd in the league. Los Angeles has an elite DB in Jalen Ramsey in pass defense, but the Rams’ secondary has allowed the fifth-most passing yards in the league over the last three weeks.

Murray got all his receivers involved against the Cowboys two weeks ago, as five different receivers had three or more catches. The Cardinals should be able to score a decent amount of points if Murray can spread the ball around again and avoid Jalen Ramsey.

That’s one reason I like the over bet in this game. Arizona’s defense has also struggled against the pass lately, giving up the tenth-most passing yards per game in their previous three matchups (235).

Plus, these teams have gone over 50 points both times they played each other this year. I’m taking the over in this matchup.

The Rams average more penalties at home than they do on the road and are just 4-4 against the spread at home this year. As mentioned above, the Rams also have a losing record against playoff teams. Last week, the Rams were up 17 points at home to the San Francisco 49ers and lost the game.

The Cardinals are also hoping RB James Conner is ready to go. Last week, he returned from injury and scored two TDs, but left the game early with injured ribs. While the Rams run defense ranks sixth in the league, Conner is also another target for Kyler Murray in the passing game, as Conner has 37 receptions for 375 yards.

I believe Kyler Murray will have a strong game against the Rams pass defense. Because of this and the Rams’ struggles against playoff teams this season, I like the Cardinals to cover the spread.

Analyzing the Cardinals at Rams Matchup

I think the Rams’ porous pass defense will allow Murray to shine in the Cardinals at Rams matchup. I believe they can cover and possibly win against the Rams this week.

If you’re interested in wagering on this game or other NFL playoff games, check out the BetMGM Arizona sports betting site. Create an account today and receive a risk-free initial bet worth up to $1,000.