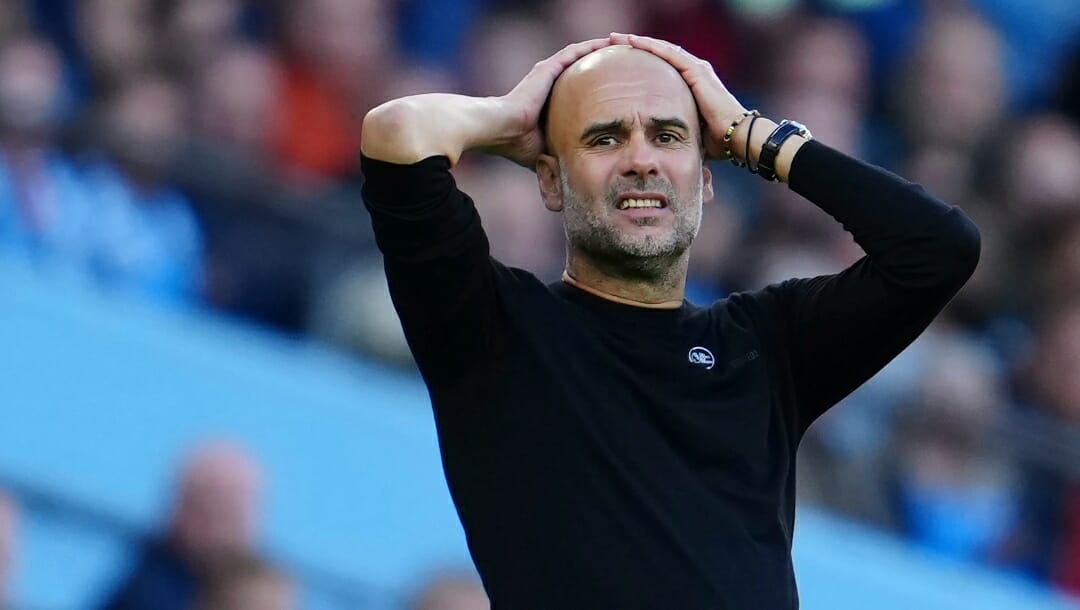 The end of the group stage is on the horizon, presenting the ideal moment to take stock of the favorites and analyze which teams can win the 2022-23 Champions League.

All four favorites are in excellent shape to advance to the knockout stage, with Liverpool the only side unlikely to finish first in their group.

So which of the four juggernauts will take home the ultimate prize as Europe’s elite side, or will a team outside the favored four upset the apple cart?

Here is a look at each favorite’s chances of winning Europe’s most prestigious soccer competition, the 2022-23 Champions League.

Which Favorites Can Win The Champions League?

Sitting in 10th place, already 14 points off the pace set by Arsenal, the Reds endured a miserable start to the 2022-23 Premier League season. Jurgen Klopp’s side has an arduous road ahead if they are to secure entry into next season’s Champions League.

However, with the abundance of talent and winning pedigree within the ranks, one has to presume their early-season tumult will soon wane. The Reds will qualify for the knockout stage and can beat any team on their day.

The beauty of the Champions League is that you don’t need to be in a rich vein of form domestically to triumph, though it certainly helps. That said, it’s hard to ignore Virgil van Dijk and Trent Alexander-Arnold’s mediocrity at the heart of the defense.

Both players have been influential in Liverpool’s success in recent years and should find a way to recapture their world-beating form because if they don’t, they have no chance of winning the Champions League.

However, if they do, the Reds will almost assuredly be in contention to repeat their success of 2019. For now, though, avoid backing Klopp’s out-of-form side.

PSG is in disarray despite starting the season unbeaten in 14 matches (four Champions League, 10 Ligue 1).

Kylian Mbappe officially told the club he wants out during the January transfer window, inciting migraines for coach Christophe Galtier, whose ability to manage such a prominent club effectively has come into question.

Yes, PSG is unbeaten in 14 matches to start the campaign, but they’ve faltered lately, drawing three in a row. In addition, PSG’s record isn’t an accurate reflection of their level, such is the inferior standard of domestic competition.

Neymar is also reportedly lollygagging during the club’s training sessions. No surprise there. Making matters worse, there’s discord between Mbappe and Neymar.

PSG can beat any European team on a good day, but those are becoming less frequent. Galtier won’t last too much longer if the current pandemonium persists, and Mbappe is almost assuredly heading for new pastures

Finally, the French champions don’t have an elite center-back to complement Sergio Ramos. Unless you’re a fan of unpredictable chaos, your money is better invested elsewhere.

Bayern Munich is blitzing Group C, scoring 13 goals and conceding just two in four successive victories. They are five points clear of Inter Milan and eight ahead of Barcelona with two matches to play.

Munich’s Champions League performances have been substantially superior to their form in the Bundesliga, where they’ve already drawn four and lost one in nine matches.

They’ll almost certainly make it to the latter stages, potentially even the semifinal, but will probably fall just shy of their ultimate goal.

The Champions League crown has eluded Pep Guardiola since arriving in Manchester in 2016. However, that’s about to change with the acquisition of Erling Haaland. The giant Norwegian is an irrepressible force that cannot be stopped, no matter the level of competition.

Add his outrageous ability to City’s sublime overall cohesion, and you have the perfect contingent.

City has 11 goals for and one against in four Champions League contests, their only blemish coming in Denmark against Danish champions F.C. Copenhagen. The 0-0 draw resulted from a missed Riyad Mahrez penalty and a Sergio Gomez sending-off.

It feels more and more like City’s year. They have no weaknesses and can punish teams in countless ways. The Champions League title is the one Guardiola desires most, and his offseason acquisitions should see his side finally obtain European glory.