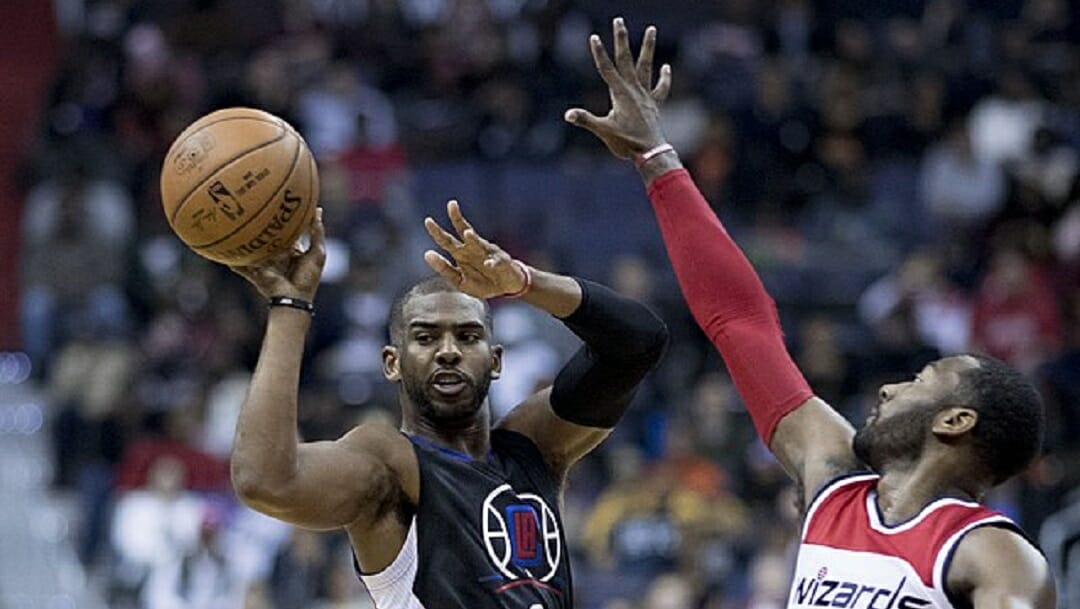 In case you decided to interpret the All-Star break as your own personal respite from NBA betting lines and all things basketball, here’s what you missed: an absolutely awful dunk contest, a three-point contest that was somehow won by a center and a sleek LeBron James fadeaway that won the All-Star game.

That’s all well and good, but for bettors who are keeping an eye on the NBA championship odds, there’s much more impactful news.

Yes, the big news of the All-Star Break is that Suns guard Chris Paul could potentially miss the remainder of the regular season with a fractured thumb.

Paul hurt his hand last Wednesday, his final game before the break, against the Rockets. His thumb slammed into Jae’Sean Tate’s arm while attempting a pass, and with Paul’s long history of hand injuries, that was more than enough to sideline the 36-year-old.

The implications in the NBA championship odds marketplace are definitely worth considering. The Suns are currently in first place in the West and own a 6.5-game lead on the next closest team, Golden State. There are still 24 games left before the playoffs begin, which means the lead is big but not insurmountable.

Given the near-certainty that other top western contenders will gain ground on Phoenix, it may be worth taking a flier on a non-Phoenix team to win the West. Golden State has already jumped Phoenix and is now +175 to the Suns’ +190.

Beyond the NBA championship odds, though, the real tragedy here is the collapse of an extremely profitable prop market. Since the calendar flipped to 2022, Paul has been absolutely blasting through some of his prop totals.

The PRA’s have cashed well enough – I’ve recommended them a few times on our daily props article – but the true ATM has (unsurprisingly) been his assist numbers.

After a relatively pedestrian start to the season, Paul started posting monster numbers around the turn of the calendar. His APG numbers jumped from 9.2 in December to 11.8 in January and 12.4 in February. The guy was on a freaking tear.

Some of the easiest money of the last 12 months was just waiting for the Suns to draw an NBA team with poor team defense, then fire on Paul’s assists prop – no matter how high it was. NBA betting had never been easier.

In his last three full games before being injured, Paul recorded a combined 48 assists. The guy was on fire.

Rest that thumb, Chris. We’re all going to want your props back for the playoffs.