Can the Cincinnati Bengals Upset the Kansas City Chiefs? 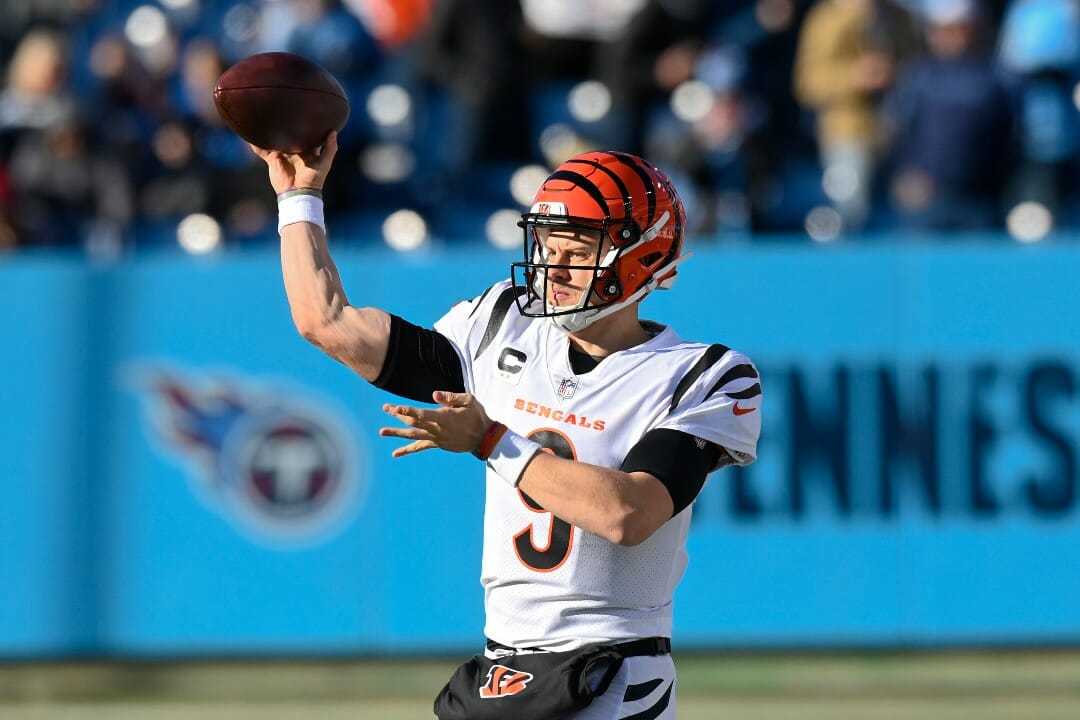 The Cincinnati Bengals are traveling to play the Kansas City Chiefs in the AFC Championship game.

However, BetMGM’s latest NFL betting lines currently have the Bengals as 7.5 point underdogs.

The Chiefs are hosting their fourth straight AFC Championship game and trying to get to their third straight Super Bowl.

Can the Bengals upset the Chiefs? This is what I think they have to do.

Before we get into what Cincinnati has to do to win, here is some information that you need to know about the game.

The Bengals have done very well holding onto the football and creating turnovers. Out of all the playoff teams, Cincinnati has the second-best turnover margin in playoff games with +4.

In contrast, the Chiefs have a turnover margin of -1 in their playoff games. During the regular season, Kansas City was 0-3 when their turnover margin was -2 or worse in a game.

If the Bengals’ defense can continue to create turnovers and the offense can protect the football, that would drastically increase their chances of pulling off an upset.

Last week, the Bengals had a real problem protecting Burrow, considering he was sacked nine times in that game. Despite that, they still won the game, but they only scored 19 points.

Cincinnati did not get away with this during the regular season as easily. They were 1-3 when Burrow was sacked five times or more.

However, the good news for them is that they face a Chiefs team that ranked 29th in sacks this season (31). If they can protect Burrow, that should allow their offense to finish more drives with points and take deep shots down the field to stretch out the Chiefs’ defense.

Admittedly, both teams have an excellent match-up here with their passing offense vs. the other team’s passing defense. The Bengals and Chiefs are 26th and 27th in passing yards allowed per game, respectively.

However, the Bengals have a passing offense capable of keeping up with the Chiefs.

Cincinnati ranked seventh in the NFL in passing yards per game (259) during the regular season. That will be the best regular-season passing offense that the Chiefs have faced so far in the playoffs.

If they can exploit Kansas City’s secondary, they’ll keep pressure on Kansas City and could force them away from their running game.

Will the Cincinnati Bengals Win?

I do not expect the Cincinnati Bengals to win this game. However, I think if they can do everything mentioned above effectively, they will give themselves a chance in the AFC Championship.

To make your predictions on the AFC Championship game, place your bets at BetMGM. This is a safe and reliable site for all of your online sports betting needs. Create an account today for a risk-free initial bet of up to $1,000.