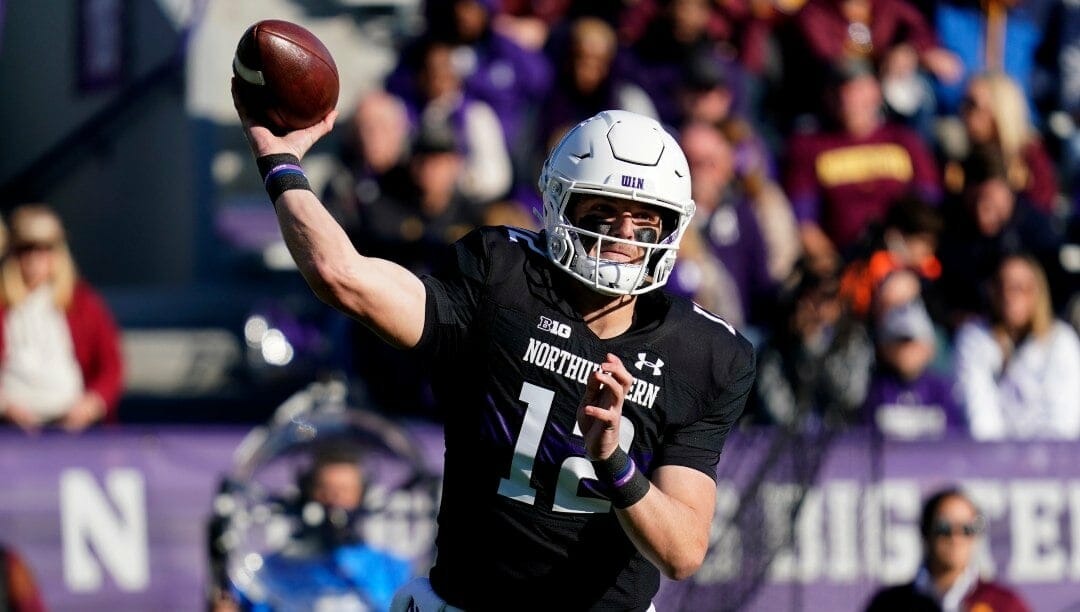 Week 0 of the college football season has taken on a life of its own. Once reserved for an FCS vs. FCS showcase game on ESPN back in 2014, the weekend has slowly gotten taken over by more and more games.

But as we know, more games mean more money to be made for schools and TV networks. It was only a matter of time before Week 0 turned into the new normal start of college football. Plus, it brings diehards live football action a week sooner and bettors an earlier taste of college football betting odds. So you won’t find many complaints about the increasing number of games.

In 2016, there was one Week 0 game involving FBS teams. Then it grew to four games the next couple of years. In 2021, there were five games involving an FBS team. This upcoming season, eight Week 0 games feature FBS teams with two FCS vs. FCS games in there as well.

The Big Ten conference game takes place in Dublin, Ireland. It’s the third college football game held at Aviva Stadium, a 51,700-seat stadium, in the last 10 years (Notre Dame versus Navy in 2012 and Georgia Tech versus Boston College in 2016).

A Power Five program visiting a G5 team isn’t totally rare. Vanderbilt was one of 16 teams to go on the road in 2021 to face a G5 opponent, beating Colorado State 24-21. The Commodores now do it back-to-back years. Hawaii isn’t the worst place to visit, though.

Utah State is coming off an 11-3 season featuring a 24-13 win against Oregon State in the Jimmy Kimmel LA Bowl. UConn, well, had its 10th straight losing season, finishing 1-11.

This could be an intriguing game between two teams separated by just 60 miles. WKU went 9-5 in 2021. But it does lose some offensive firepower, including QB Bailey Zappe, who broke the FBS single-season records for passing yards (5,967) and passing touchdowns (62). Austin Peay finished 6-5, but the young team ended 2021 on a three-game winning streak.

Florida State would be wise not to overlook Duquesne and avert its focus to LSU looming the following week. Duquesne was one of 12 FCS teams to beat an FBS opponent in 2021 (Ohio). The Seminoles are also featured on that list, losing to Jacksonville State in stunning fashion.

After a disappointing 6-7 season in 2021, UNC looks to rebound behind strong recruiting classes in recent years. It will pay FAMU $450,000 to visit, but this won’t necessarily be a warmup game that some P5 vs. FCS matchups tend to be. The Rattlers are coming off a 9-3 year and will be in top contention for an HBCU national championship.

The 2022 MEAC/SWAC Challenge takes place in Atlanta. The series dates back to 2005 and has been played in Atlanta since 2018. Alabama State finished 5-6 last season, and Howard went 3-8.

The FCS Kickoff began as on-campus games from 2014-16. In 2017, the game was rebranded to the Guardian Credit Union FCS Kickoff and moved to a neutral site field in Montgomery, Alabama. Now, it’s just coined the Montgomery Kickoff. This year’s game features Jacksonville State, who is transitioning to the FBS, and Stephen F. Austin, a team looking to ascend into an FCS title contender.