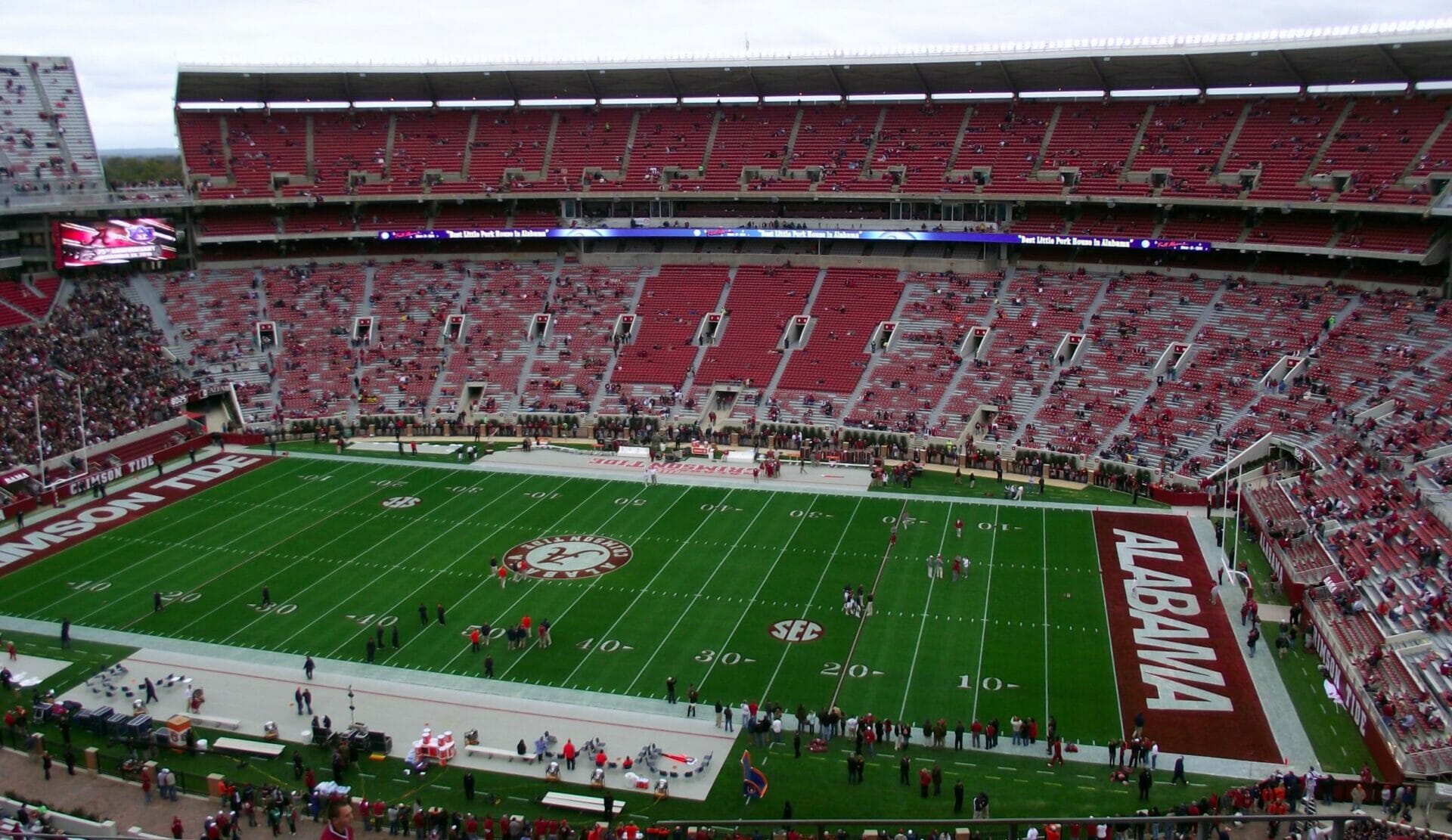 Is anybody sick of Alabama yet? Or Nick Saban?

Crimson Tide fans certainly aren’t. Everybody else probably is.

This past season, Saban-coached ’Bama tied legendary ’Bama coach Bear Bryant’s era with six national championships. Coming into 2021, the college football odds are leaning heavily in the direction of the Crimson Tide (+260) once again.

’Bama has 12 starters back. Other big-name programs have more experience returning. Take UCLA, for instance: the Bruins return 19 starters – nine on offense, 10 on defense. But college football fans know that Saban’s teams only reload. This program honestly doesn’t know how to rebuild.

Sports cliches aside, it’s the truth. Thanks to stellar recruiting, the ’Tide routinely produce. So when you look on paper during the preseason, you see only 12 starters – but what’s the truth? The second stringers and maybe even the freshmen who redshirted… they likely could have and would have started at other schools. And we’re talking about other programs at the Top-25 level, not the weak sisters of college football.

But who could challenge that? Obviously Clemson (+450) could. With two recent national titles (2016 and 2018) after a 35-year break between national championship trophies, the Tigers are a team to keep an eye on. Even with QB Trevor Lawrence off to the Jacksonville Jaguars in the NFL, Clemson has become as much Alabama-like as any other program in the country over the past 15 years.

Once you get past the top two – who’ve captured the national championship a combined five of the past six seasons (LSU won in 2019 with Heisman Trophy winner Joe Burrow,) things get way more interesting.

So who are these contenders? We take a look:

The ’Dawgs may be the next monster, honestly. Their coach is Saban protégé Kirby Smart, now in his fifth season with a 44-12 record. Georgia would have liked to have moved the ball on offense better last year, but it was solid… and the offensive line looks pretty stout.

Aside from the Alabama loss and future quarterback draft pick Kyle Trask and the Florida Gators lighting up Georgia’s defense, Georgia held up rather well in 2020.

The pass defense, however, must improve.

But who are we kidding? Ohio State is the Big Ten’s version of reloading, Alabama-style. While that may boil the blood of Buckeyes fans who’d rather differentiate their favorite program from the ’Tide – it’s a compliment.

It would seem things are aligning to see the Sooners atop the Big 12, at least if you believe how things look on paper. Quarterback Spencer Rattler is one of the most exciting players in college football coming into 2021, and the defense returns eight starters.

Challenges will come late in the year, when in-state rival Oklahoma State and an impressive Iowa State program (16 starters returning) come calling, but there’s no denying that the Sooners have a potent-looking team this year. And this team is going to have some serious momentum heading into the later part of their schedule – and that’s worth something.

Enjoy the college football spreads when you place a bet at online sportsbook BetMGM. We have up-to-the-minute NCAA football odds. When it comes to lines and tips to ensure the best football betting experience, don’t miss an opportunity to bet online and more when you visit us via the BetMGM Sportsbook app or via your browser. Also, during any sporting event with BetMGM, you can enjoy live betting.